Rhea Ripley is one of the mainstay names of the women’s division in the WWE who makes regular appearances on TV. At this point, she is the reigning women’s tag team champion along with Nikki Cross ASH. The unevenly paired team ended up being a formidable alliance that is likely to last for some time.

In the meantime, Rhea Ripley has celebrated her 25th birthday in style, taking a break from her packed schedule in the WWE. While no official posts were made by the Australian superstar from the occasion, several stories were shared by her WWE colleagues over on Instagram. It was seen that a designed cake named after The Nightmare was brought to her temporary home in Florida.

WWE Stars like Karrion Kross, Damian Priest, Raquel Gonzalez was spotted at the birthday bash. Former WWE Superstar Braun Strowman was also in attendance at the party. Since Kross and Scarlett are engaged, the latter was also present at the party. 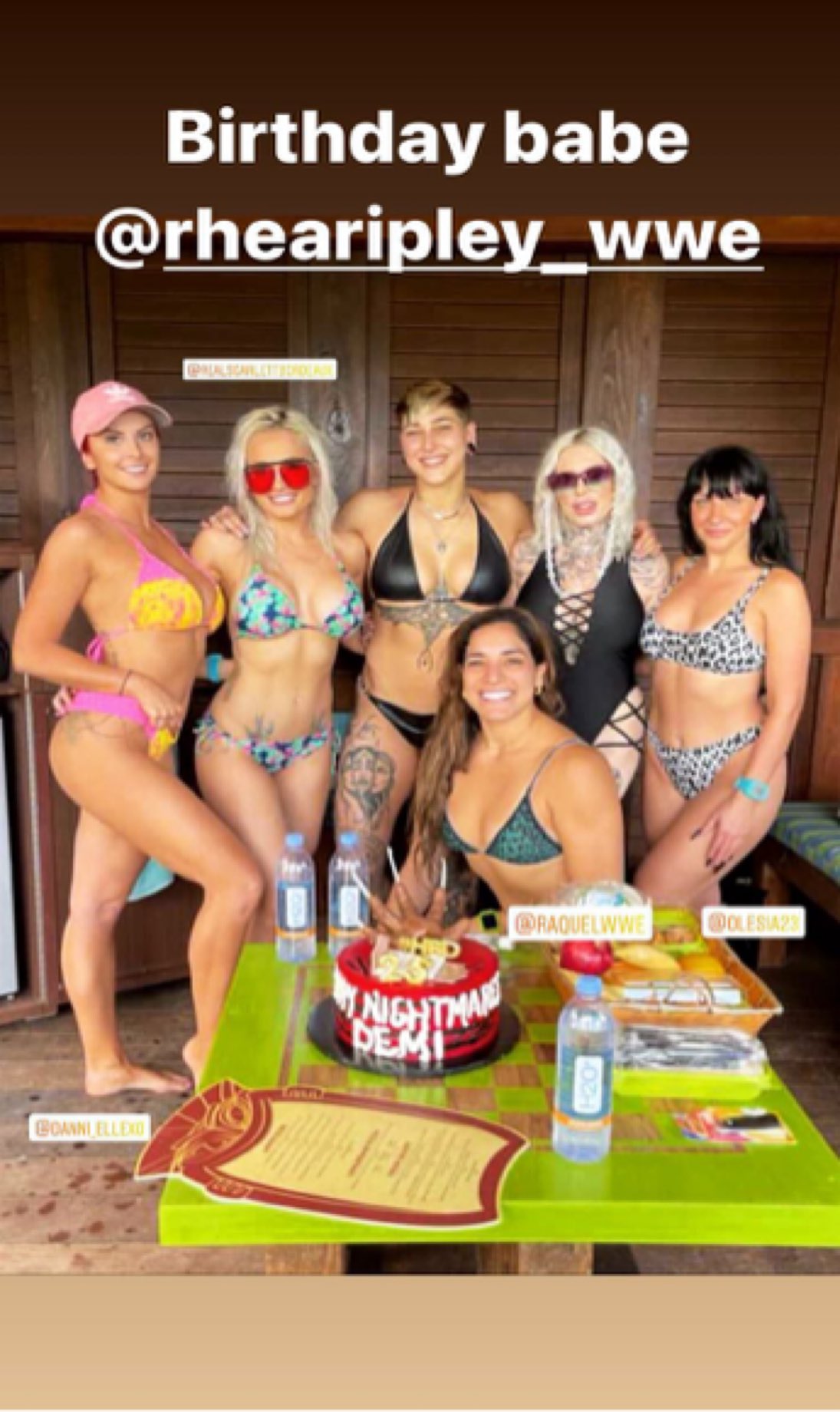 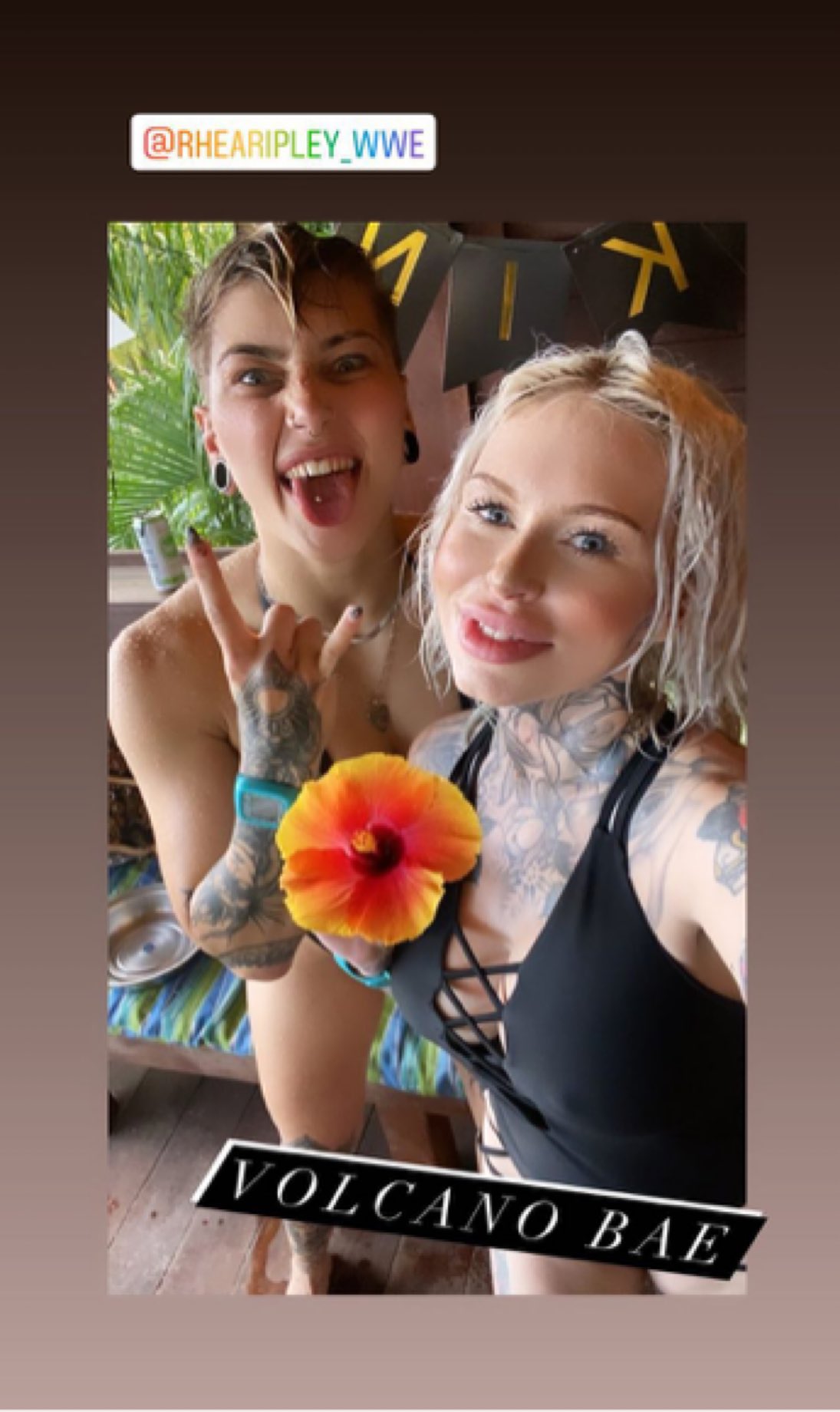 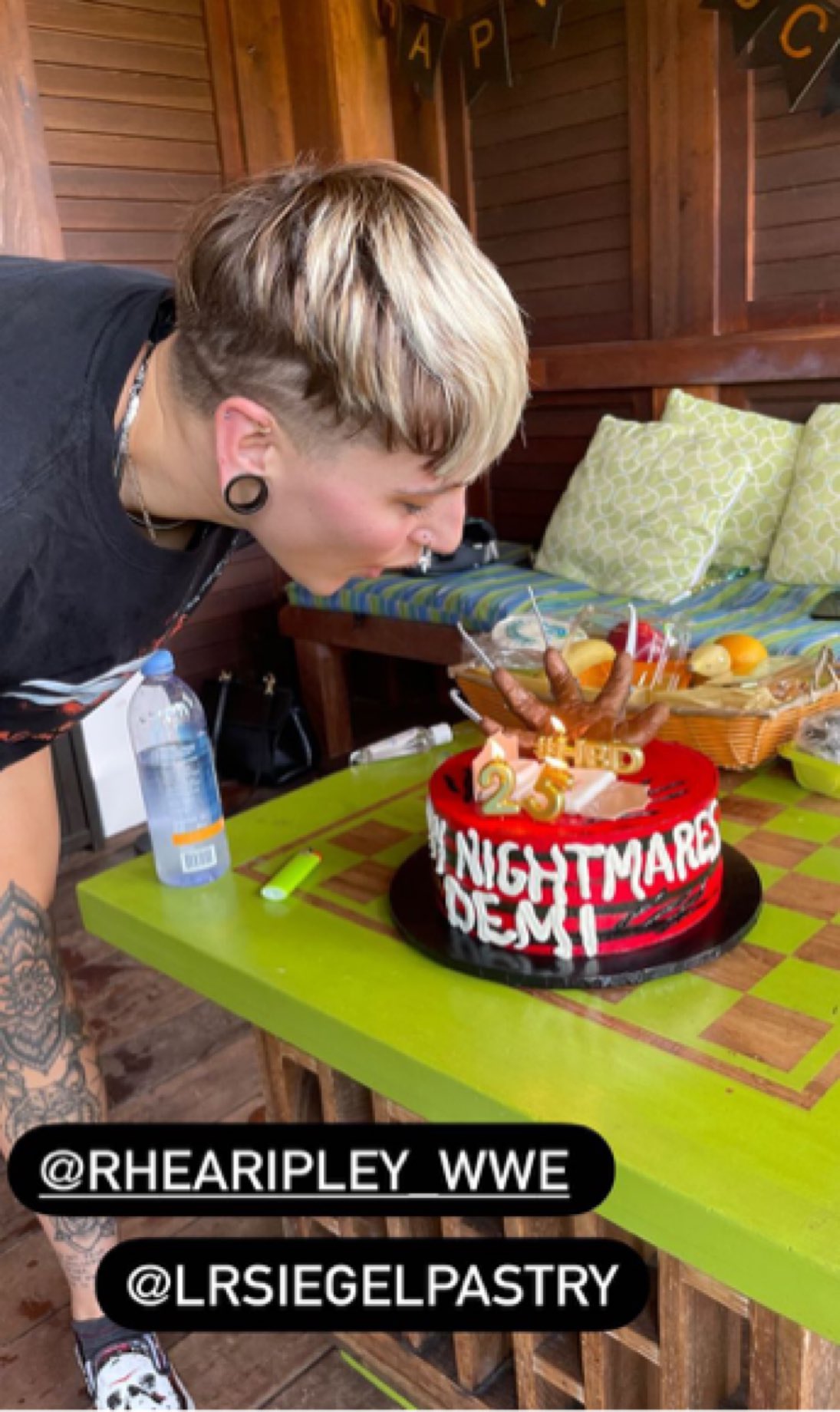 Rhea Ripley was spotted donning a black bikini on the occasion who cut her cake in the presence of her besties. Her inked physique was visible which is generally hidden when she’s on TV for WWE. It appears that she did have a great time with her fellow colleagues.

Rhea Ripley prepping up for some big-time matches

Rhea Ripley was drafted by the RAW brand during last week’s episode of while other top female stars like Becky Lynch and Bianca Belair have also moved over from SmackDown to RAW. This gives WWE a brand new list of opponents who can compete against the Nightmare. It appears that the current SmackDown Women’s Champion, Becky Lynch is topping the list.

During an appearance on The Battleground Podcast, Rhea Ripley had to say the following to her next set of opponents,

“I do like the color red, I do like being on RAW, but I really want to step in the ring with Becky again. I got to wrestle her once in NXT and it got cut short by Shayna Baszler, Jessamyn, and Marina [Shafir], so I would love to step in the ring with her again and I would love to be a grand slam champion. I love disrupting the peace, apparently. But that day will come and my time will come whether it’s this draft or next draft, I really have no idea. But I’m down for a fight whenever so if Becky want to fight me, then I’m ready.”

Rhea Ripley made her debut on the WWE main roster during this past Wrestlemania season. In her first match, she defeated Asuka to win the Raw Women’s Championship at the biggest stage of them all. Then she lost the title to Charlotte Flair at Money in the Bank 2021.