The Undertaker’s Last Ride docuseries presented a never-before-seen journey of the legendary superstar through a five-part series that fans never thought of seeing. A character which was wrapped with mystery finally showed broke character and opened about real life, earlier this year. It was a decent yet significant way to end his career.

Based on that, The Undertaker is heading into the Final Farewell of his career at Survivor Series 2020. It will also mark the 30th Anniversary of his legendary career. The question remains whether WWE will indeed put an end to his career on that night.

The Undertaker 30: Legends Confirmed To Appear At WWE Survivor Series

Now, the end of The Last Ride series included a loophole inserted by Vince McMahon who advised to avoid the word “retired.” He does know how much The Undertaker character is needed even at this date. So while he could call him back whenever he needs, the man behind the character has zero trouble using the retirement term.

The Undertaker Claimed To Be Shackled In WWE By Deadman Character

While speaking to The Wrap, The Undertaker was asked whether he is officially retired. Since Vince McMahon is known to change his mind, quite often he’s not sure about this. But as for his own opinion, he is already retired.

“I’m going with it, but I work for a man by the name of Vince McMahon, whose motto is ‘Never say never.’ And I’ll kind of leave that there. In my eyes, yeah, I am officially retired.” 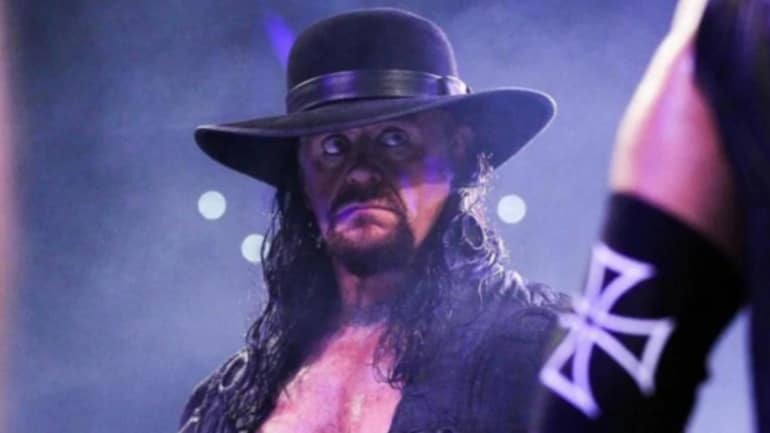 The Undertaker is set to receive his “Final Farewell” at Survivor Series on November 22nd. The company is bringing in a lot of people for the event to make it a special one. But Taker will be under contract with the WWE for the next 15 years and who knows whether Vince McMahon or any other top brass would decide to bring back the Deadman.

Now, if The Undertaker has one more match left in him, then Finn Balor would be the first in line to welcome him back. WWE On Fox’s Twitter account posted a question asking: “If Undertaker has ONE MORE match it should be with.” Balor liked the tweet and also replied to posting a Demon King vs The Deadman picture, teasing the fantasy match. While that match might be incredible, given Balor’s current status, it’s highly doubtful whether that match would ever become a reality.