Clash Of Champions 2020 went down last night with a stacked card consisting of championship matches. Eight titles from the main roster were on the line with the main event being an Ambulance Match for the WWE Championship. Check out the results from this unique night that went down from the Amway Center in Orlando, Florida.

Kalisto and Dorado represented the challengers while Kalisto tried to hit the Salida Del Sol. Cesaro blocked and delivered an uppercut before going for the swing. Nakamura tagged in and hit the Kinshasa for the win. 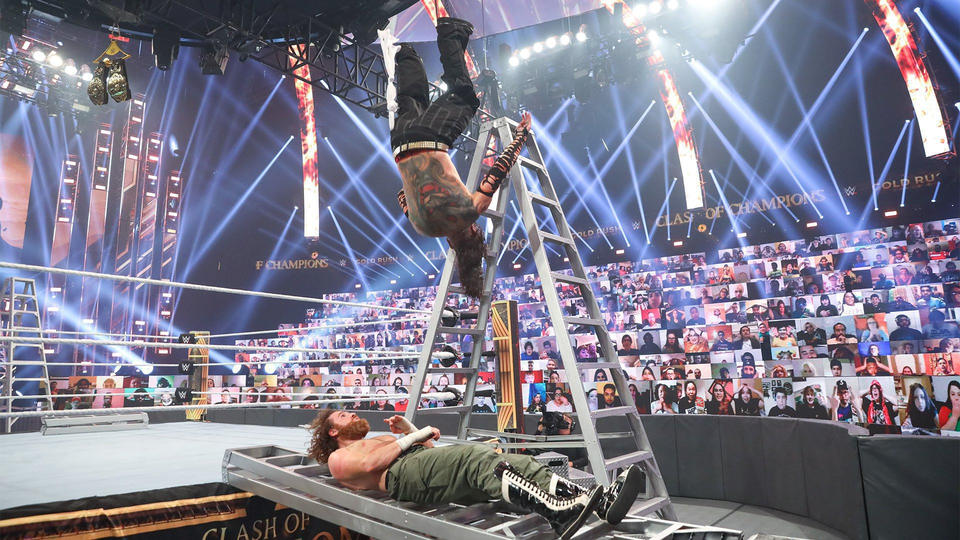 The title match witnessed some high flying action where Hardy leaped off the top of the ladder on Sami Zayn through the ladder. Sami backed up and hooked Hardy with a ladder tied to his ear lobe. He also cuffed himself with AJ who started climbing the ladder. Sami somehow unhooked himself and grabbed the titles while Hardy was too slow to climb up and stop him from becoming the new IC Champion at Clash Of Champions 2020.

He's here to remind you.@SamiZayn is not the NEW Intercontinental Champion.