Elimination Chamber 2021 aired last night with two Chamber gimmick matches on the card. The WWE Title was on the line inside the Chamber while a number-one contender was determined from SmackDown. Multiple championships were also on the line including the Women’s Tag Team Titles and US Title. Check out the results from the show that took place at the Tropicana Field in Tampa Bay, Florida. 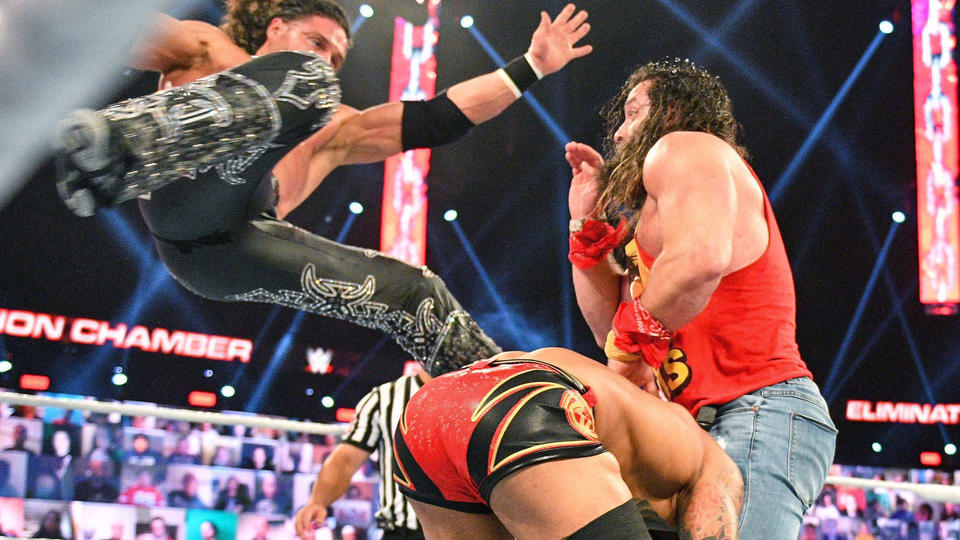 Fatal 4 Way for a Spot In the WWE United States Title Triple Threat: Mustafa Ali vs. Elias vs. Ricochet vs. John Morrison

This was an Elimination Chamber 2021 kick-off show match where a replacement was named for injured Keith Lee. Ali planted Elias with a tornado DDT while Ricochet jumped off the apron to take out the RETRIBUTION members. Morrison took advantage to roll up Ali and pick up the win. 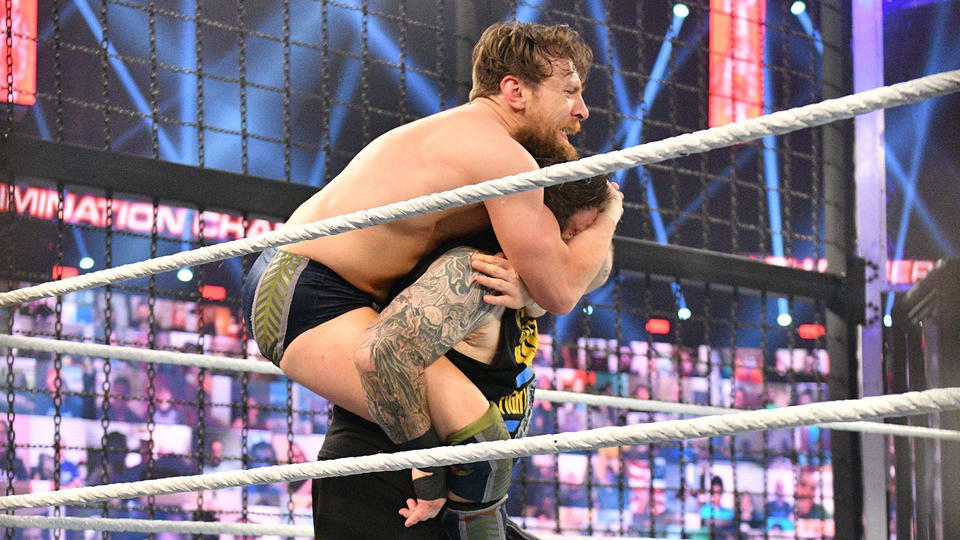 Daniel Bryan and Cesaro started this match while the next participants were Corbin, Sami, Owens, and Uso, respectively. Cesaro locked in the Sharpshooter to eliminate Corbin. Owens delivered a Stunner to eliminate Sami. Uso dropped Owens with a Superkick followed by a Frogsplash for the next elimination. Uso delivered another Frogsplash to pin Cesaro but he missed it on Bryan. Bryan came back with a Running Knee to pin Jey Uso and win Elimination Chamber 2021. 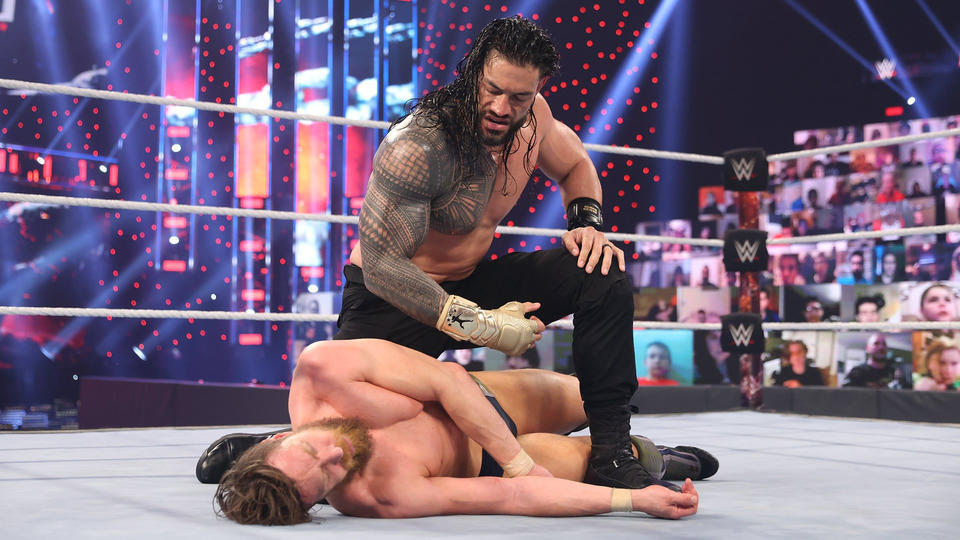 Roman Reigns immediately charged with a Spear but Daniel Bryan countered with the YES Lock. Reigns got himself free and choked out Bryan to win the match. Once this short encounter was over, Edge speared Reigns out of nowhere and signed to the WrestleMania logo to make their title match official. 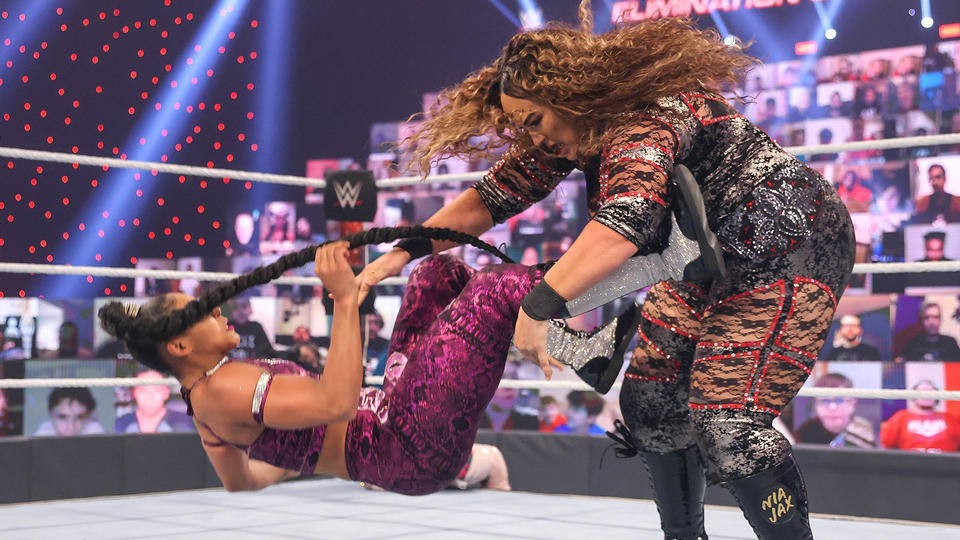 Banks hit a Meteora on Jax and then applied the Bank Statement submission on her. Suddenly Carmella’s sommelier Reginald ran down and passed on a champagne bottle to Banks to confuse her. The referee instructed Reginald to back off which also distracted Banks. Jax took advantage and dropped Banks with a Samoan Drop to win the match. 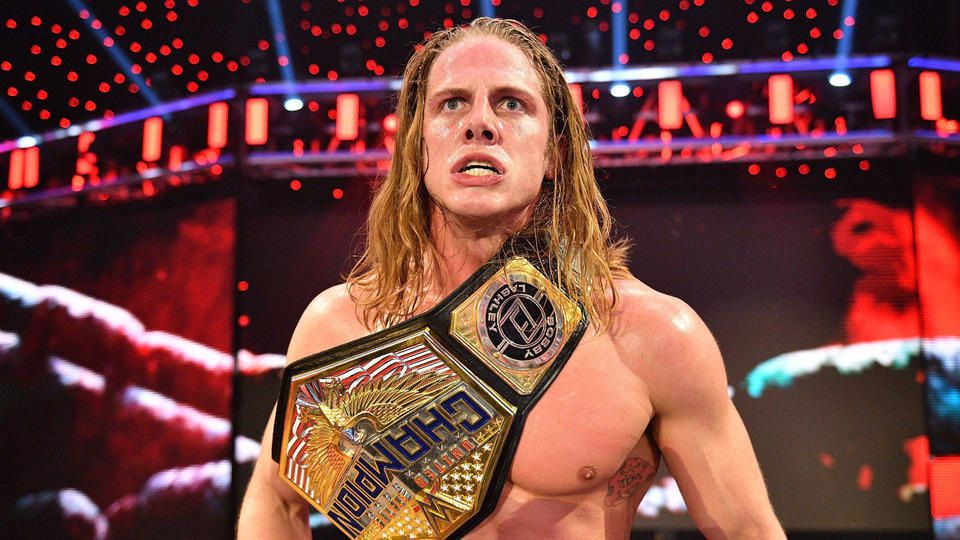 Lashley choked out Morrison with the Hurt Lock submission but Riddle gave some crutch shots to send him out of the ring. The crutch belonged to an injured MVP. Riddle took advantage of an already downed Morrison and hit a Bro Derek finisher on him to get the pinfall win. He became the new United States Champion. 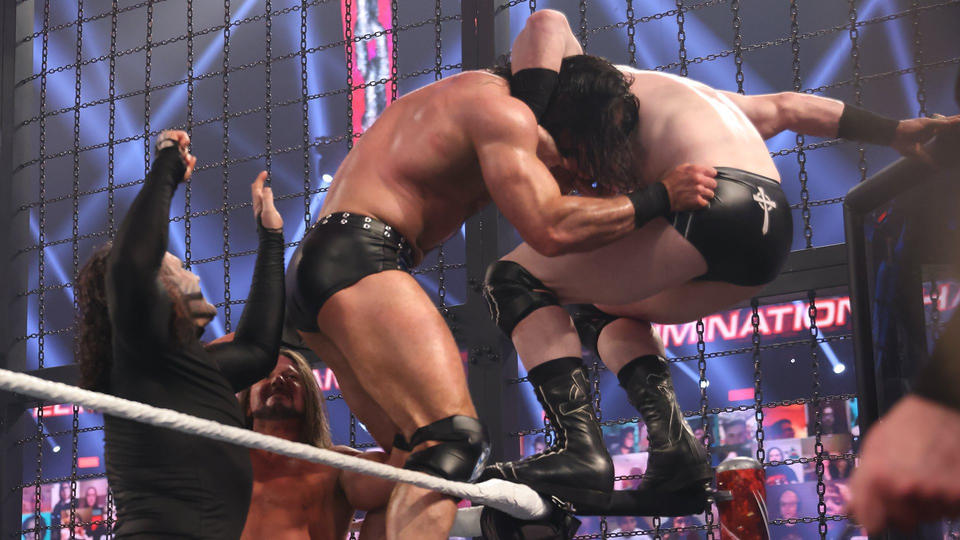 Orton and Hardy started the Elimination Chamber while the next participants to enter the match were McIntyre, Kofi, AJ, and Sheamus, respectively. Orton and Kofi were tangling with each other when Kofi pinned Orton, suddenly for the first elimination. Sheamus delivered a Brogue Kick to pin Kofi while McIntyre hit Hardy with a Claymore Kick for the next elimination. AJ connected with a Phenomenal Forearm on Sheamus for the next pin and looked forward to repeating the same on McIntyre only to get caught mid-air by the Claymore by McIntyre who retained his title. 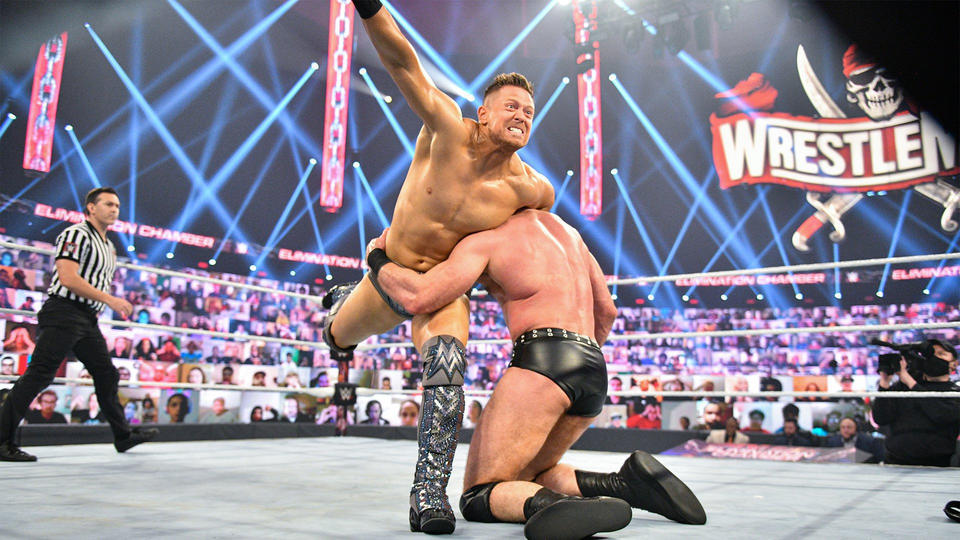 After the match, Bobby Lashley attacked McIntyre from behind with a Spear before choking him out with the Hurt Lock. The Miz ran out with his Money In the Bank briefcase and cashed it in, right there. Miz hit a DDT followed by the Skull Crushing Finale to pin McIntyre to win the WWE Championship. He celebrated his second WWE Title win to send Elimination Chamber 2021 off-air.