WWE hosted one of the most popular gimmick-based PPVs in the form of Hell In A Cell 2020, last night with three solid main event matches. The WWE, Universal, and SmackDown Women’s Championships were hanging in the balance inside the unforgiving steel cage structure. Check out the results from the show that went down from the Amway Center in Orlando, Florida. 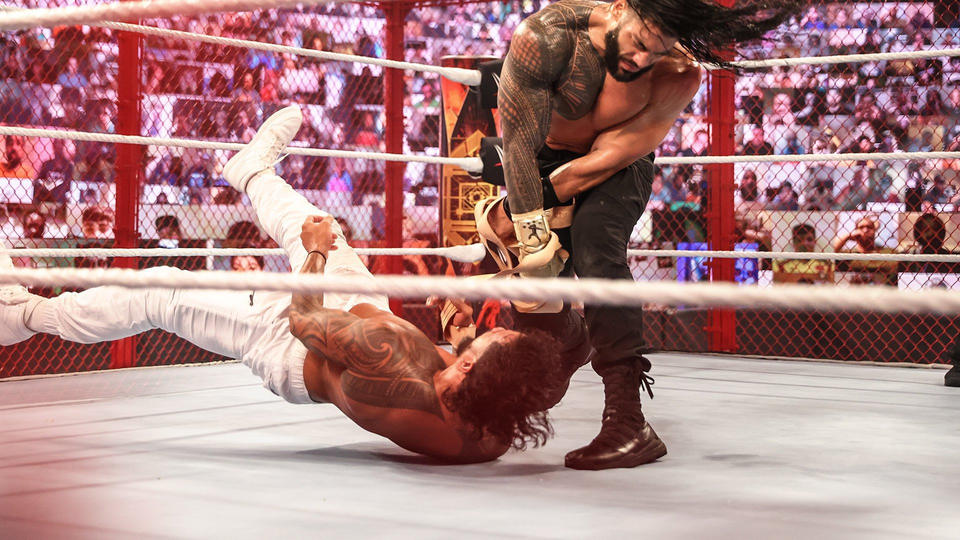 Roman Reigns absolutely dominated Hell In A Cell 2020 opener match where he took out Uso with Superman Punch, Guillotine Submission move, and Drive-By through the ring post. Jimmy Uso came out pleading Reigns to stop. The Tribal Chief showed kind gestures only to put him in a submission hold. Jey finally quit as Reigns retained and joined WWE Hall of Famers Afa and Sika on the ramp to stand tall. 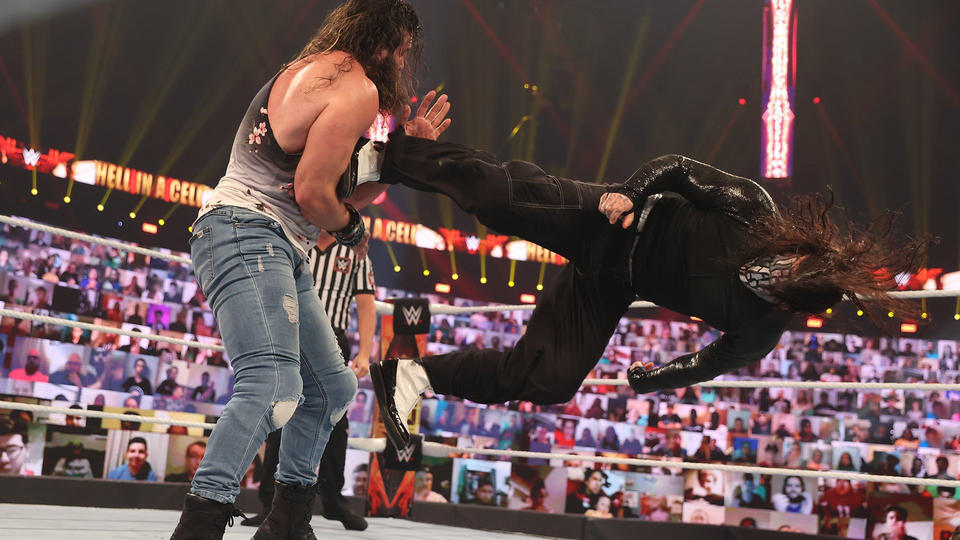 Elias poked fun at Hardy before the match about the latter’s DUI issues from the past. Hardy hit the Twist of Fate and went to the top turnbuckle for the Swanton Bomb. Elias rolled to the floor and grabbed his guitar. Hardy came down, snatched it from him, and then smashed it on his back. As a result, Elias won the match via disqualification at Hell In A Cell 2020.