King of the Ring is one of the popular old-school gimmicks in the WWE which the fans would appreciate to have back on the programming. The previously hosted PPV program was converted to a tournament, down the road which is now occasionally hosted over on Raw or Smackdown. It appears that tradition could be back this year after comments made by Adam Pearce, Xavier Woods, and King Baron Corbin.

King Corbin appeared on WWE’s The Bump on YouTube for an interview as he prepares to put his King of the Ring crown on the line against Shinsuke Nakamura on this Friday’s episode of WWE SmackDown.

The Bump host Kayla Braxton brought up the fact that The New Day member Xavier Woods is interested in becoming King of the Ring, something he has talked about as a career goal in media interviews for several years now. Corbin was asked he feels real heat around him on residing on a throne after winning the 2019 edition of the KOTR tournament.

“The tournament is what’s necessary to wear that crown, and I won it. If you want a shot, you talk to somebody, maybe cry to a few people, and try to get another tournament set up. Xavier Woods, I would love to face him in that tournament, absolutely. It could be in the finals, it could be first round. I mean, his dream will be cut short, but I’m happy to do it. I’m happy to defend it in the right circumstances,” Corbin answered.

WWE Official Adam Pearce responded to Corbin’s interview and said they have had many chatters over King of the Ring and his crown. Pearce also indicated that there may be more to come as he told fans to stay tuned.

“I know that I have had many conversations with @BaronCorbinWWE on this very topic. Stay tuned,” Pearce wrote on Twitter.

A fan on Twitter then mentioned that Pearce may have suggested that a King of the Ring tournament 2021 edition could be in the works. But Pearce never encouraged the comments, “Adam Pearce didn’t ‘suggest’ anything.” 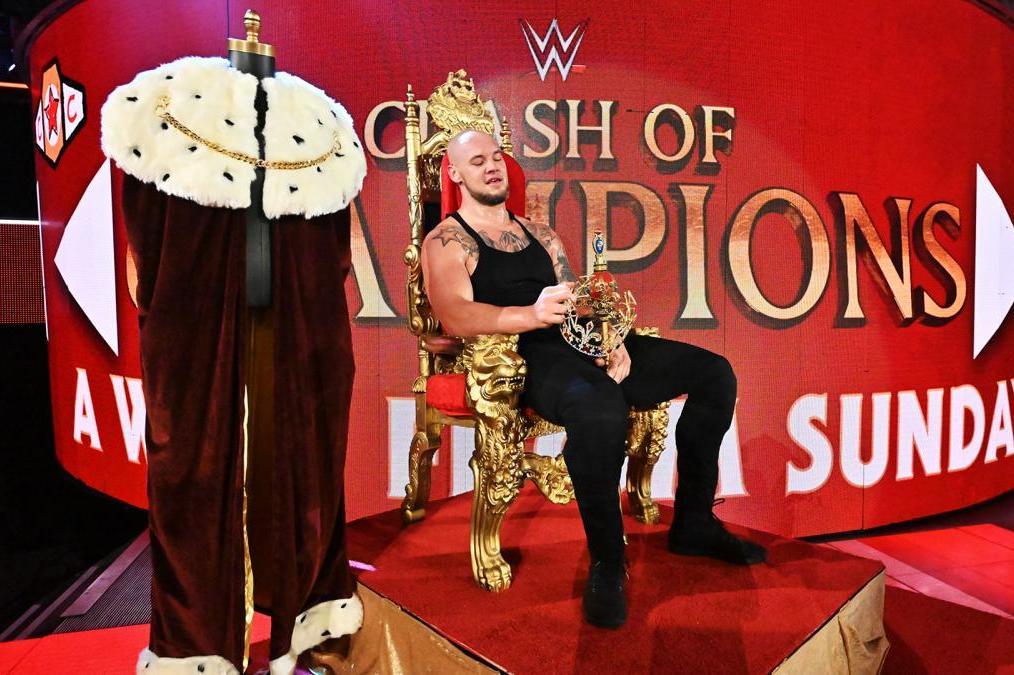 Xavier Woods then jumped into the conversation as he wants the KOTR tournament to happen, “Since I couldn’t get my logical match against reckoning it would be greeeaaaatttttt if we could get this one right. GIVE ME A #KOTR TOURNAMENT. please and thank you sir.”

I know that I have had many conversations with @BaronCorbinWWE on this very topic. Stay tuned. https://t.co/jTC8l8VAkA

Should a #KOTR Tournament come to pass, it wouldn’t just be for you. It’d be for us all, my friend.

Pearce responded to Woods and wrote, “Should a #KOTR Tournament come to pass, it wouldn’t just be for you. It’d be for us all, my friend.”

Woods then also responded to the interview comments from Corbin, promising to make him bend the knee if the King of the Ring tournament returns,

“When the tournament does happen, please believe that I’ll be the one forcing @BaronCorbinWWE to bend the knee #RespectTheCrown,” Woods wrote.

While this conversation set the pro-wrestling fraternity buzzing about the old school tradition returning to WWE, there’s no official confirmation is available from the company’s part, yet.