WWE Universe had little clue that Lana would have been released by the company despite the fact that she was a regular name on TV. WWE let her go from the contract along with a few other people who had big money-deals. Without a doubt, she was bound to make a lot of money after signing a multi-million dollar deal in 2019.

The exclusive deal has also allowed Lana to involve in outside promotions for products that could hand her more money. But now she is a former WWE Superstar just like her husband Miro. It was hard for her to believe the fact, at first but now she is gradually coping up with it. She also hopes not to give up pro-wrestling at any cost after WWE’s move.

I was a little scared to face my friends after I lost my job.But I’m so glad I picked myself up and continued my journey because I want to, not because I have to.And I only cried once!Plus I did a 970 splash but nobody saw it.@TJWilson @NikkiCrossWWE @NatbyNature @YaOnlyLivvOnce pic.twitter.com/72rlT3Keel 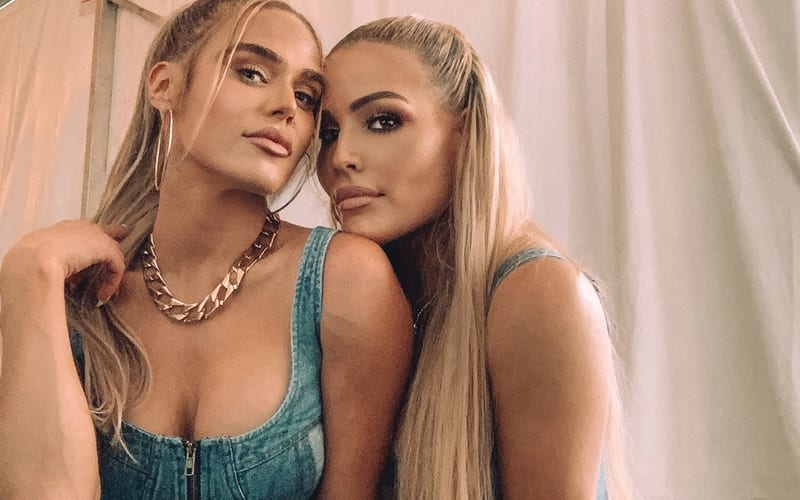 Lana tweeted out a photo of herself along with Natalya, TJ Wilson, Nikki Cross, and Liv Morgan, those who are considered to be her besties from WWE tenure. The shot was taken after they had just completed a training session at the Workhorse Gym, TJ and Nattie’s personal setup.

The former Ravishing Russian stated that things were really hard for her at first after the WWE release as she couldn’t even talk to her pro wrestling friends. But now she plans to grind and continue her pro wrestling journey to the top,

“I was a little scared to face my friends after I lost my job. But I’m so glad I picked myself up and continued my journey because I want to, not because I have to. And I only cried once! Plus I did a 970 splash but nobody saw it. @TJWilson @NikkiCrossWWE @NatbyNature @YaOnlyLivvOnce”

With Miro by her side, Lana is definitely looking forward to the next chapter of her life as CJ Perry (her real name). WWE paved the way for her to grow bigger with the initial identity by which she can certainly capitalize on a bigger platform.

Plus, she also possesses a huge fan base that will continue to support her no matter what. Miro is pulling for AEW to give his wife a job and time will tell whether that happens in the future. As reported earlier, Lana is also looking forward to spilling the beans about her WWE release when the time is right.