NXT Great American Bash 2022 is going to be the next special episode from WWE’s third brand, next week. This year it won’t be a WWE Network Specials but a themed episode of NXT 2.0 on the USA Network. The full lineup for the upcoming episode has been announced during the latest bygone episode of NXT.

After the match was over, it was announced that Perez and Jade will get their title match opportunity at the NXT Great American Bash 2022 episode. This will be the first title match shot for the new ally while Dolin and Jayne have been the NXT Women’s Tag Team Champions since last April’s NXT Stand & Deliver where they defeated former NXT star Dakota Kai and current SmackDown roster member, Raquel Rodriguez.

In a backstage segment of NXT 2.0, interviewer McKenzie Mitchell announced that Carmelo Hayes will defend his North American Title against Grayson Waller at NXT Great American Bash 2022. Additionally, Trick has also been booked in a matchup against Wes Lee after these two featured in a backstage confrontation, last week. 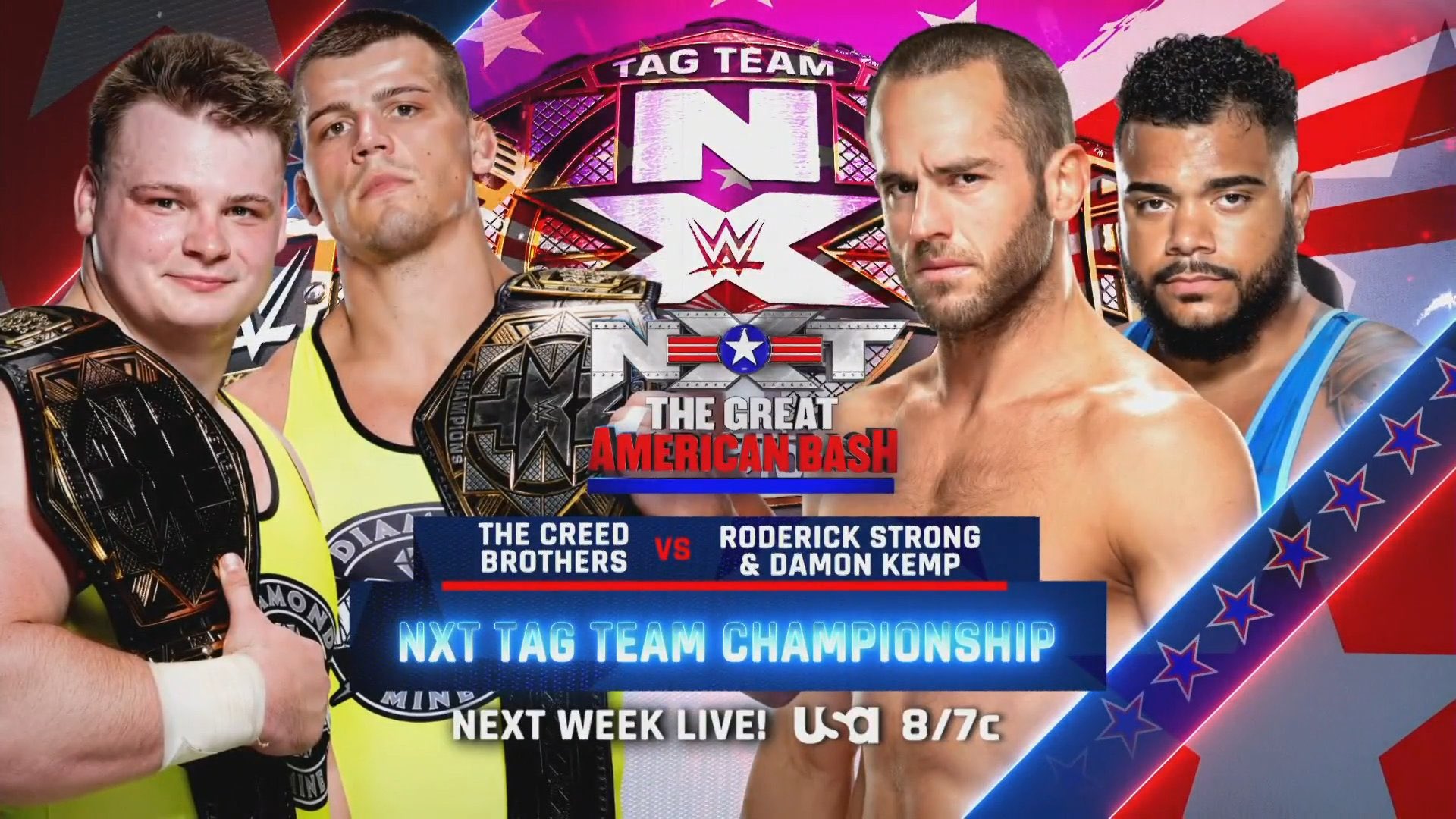 An irate Roderick Strong and Damon Kemp then challenged the Creed Brothers for an NXT Tag Team Title match which was later confirmed for NXT Great American Bash 2022.

Apart from this, Wendy Choo and Tiffany Stratton will settle their differences by competing in a matchup. Plus, WWE NXT UK Tag Team Champions, Brooks Jensen and Josh Briggs will host a BBQ session on the occasion of American Independence Day.

WWE NXT Great American Bash 2022 airs on the USA Network on July 5 from the WWE Performance Center in Orlando, Florida. The updated match card for the event goes as follows,