WWE Raw hasn’t officially started the build for the final PPV event of this year that begins, tonight. The potential main event of TLC should be declared by a Triple Threat where three top superstars will collide for the contender’s spot. Also, a new feud just about to begin with Bray Wyatt and Randy Orton when the latter appears on A Moment of Bliss as the show takes place at the Amway Center in Orlando, Florida.

Last week, Adam Pearce announced a WWE Title opportunity would be given to a member of Team WWE Raw as a reward for their Survivor Series win. Three qualifying matches went down where Riddle, Keith Lee, and AJ Styles defeated Sheamus, Bobby Lashley, and Randy Orton, respectively. Now, these three will compete in tonight’s main event with the winner getting a WWE Title shot against Drew McIntyre, possibly at the TLC PPV.

The interesting thing is that WWE has converted this match into a Sudden Death Triple Threat match. The rule applied to the contest is as follows,

“On the occasions of a draw, a sudden death “final fall” may be requested by either side, with the other able to accept or decline, or authority can order the match to go into overtime in the case of any championship match.”

Another interesting story coming out of this match is that Braun Strowman was rejected from the lineup despite being a member of the winning team at Survivor Series. He put his hands on WWE official Adam Pearce and thus got suspended from WWE Raw, indefinitely. Initially, it was supposed to be a storyline to insert Strowman into the title picture in another way. However, that may not be the case if he’s dealing with an injury. More on the story will be available when tonight’s show airs, live.

Last week’s main event of WWE RAW featured AJ Styles and Randy Orton for the third spot in the Triple Threat number-one contender’s match. But The Fiend Bray Wyatt interfered, twice costing Orton, the matchup. The distraction allowed Styles to hit the Phenomenal Forearm and escape with the win.

One week later, Randy Orton is yet to escape the grasp of The Fiend as he’s all set to appear in A Moment of Bliss hosted by Alexa Bliss, who is already captivated by the demonic character. It’s certain that The Viper will have to face the haunting persona, yet again that could only be a set up for a match at TLC, next month. 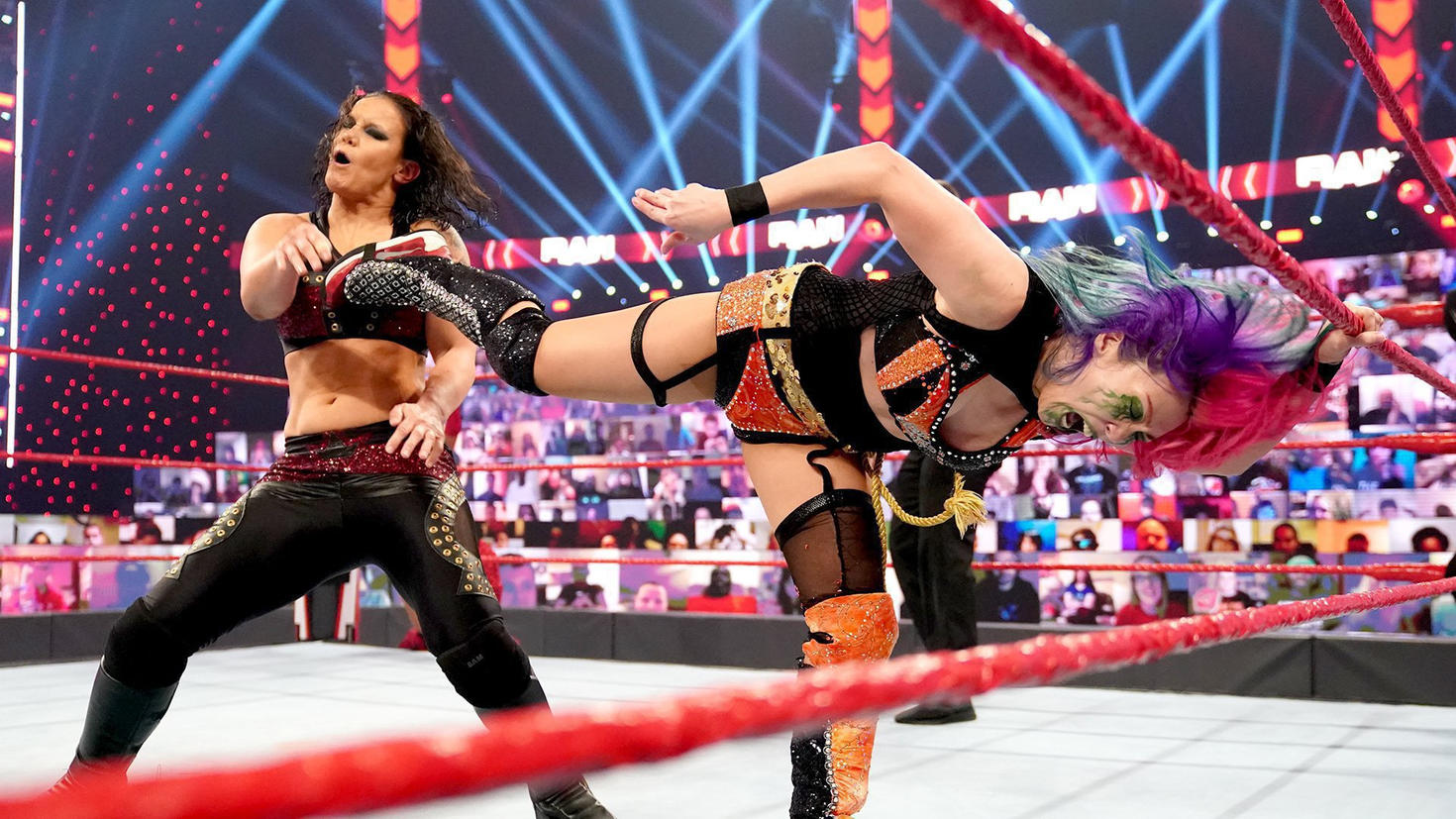 Asuka and Lana competed in WWE Raw Women’s Championship Match, last week. The match was intervened by Nia Jax & Shayna Baszler and caused a tag team title match, instead. Asuka has Lana’s back where she saved her from going through the announce table. The champion plans on doing so for weeks which could mark the beginning of a new angle. Perhaps this would cause a women’s new tag team championship rivalry, also causing a match at TLC 2020.