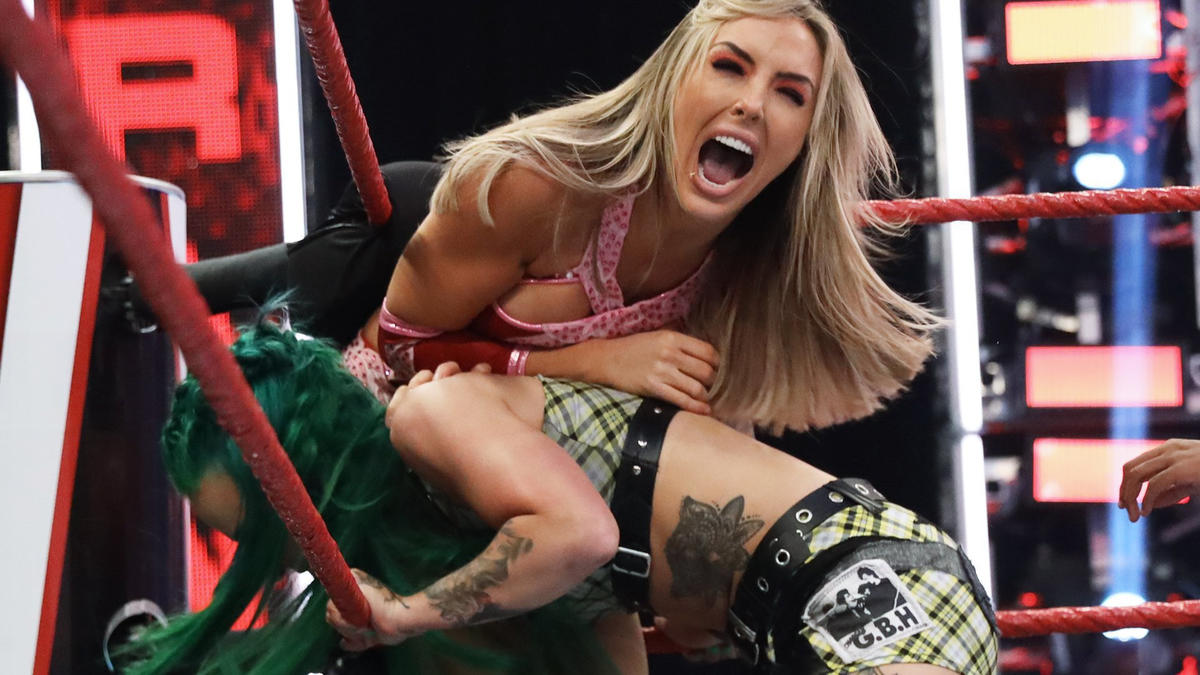 Peyton Royce vs. Ruby Riott was the next matchup on WWE Raw where Royce was in initial control. Riott came back with a big boot to the face. She followed up with the Riott Kick to get a quick victory.

The Street Profits attacked Angel Garza and Andrade backstage on WWE Raw before taking on them in a tag team match. Dawkins neutralized Andrade with a Bulldog. Garza made the save and went for a high-flying move but Ford stopped him from doing so. Ford then hit the Frogsplash on Garza to get the win.

The expressions say it all.

SHE HAS SPOKEN.@StephMcMahon rules that @WWEAsuka and @SashaBanksWWE will compete for the #WWERaw #WomensTitle NEXT WEEK … and Sasha can lose by pinfall, submission, countout, disqualification, or even if anyone ??????????. pic.twitter.com/qHn0P83ilI

Kairi Sane then competed against Bayley on WWE Raw. Bayley hit the Bayley-to-back Suplex and a top rope elbow only to get a two-count. Bayley then went to hit the Bayley-to-belly but Sane countered and rolled her up to get the victory.