Rey Mysterio family appeared in a King’s Court segment on WWE Raw hosted by Jerry Lawler where they’re talking about their family matter only to be interrupted by Seth Rollins who showed a friendly conversation between Murphy and Aalyah. An irate Aalyah and Dominik headed backstage while the latter attacked Murphy as the officials separated them.

If one thing's for sure, the Mysterio family has a united front that @WWERollins … is a FRAUD. #WWERaw pic.twitter.com/1CLnGRvbg5 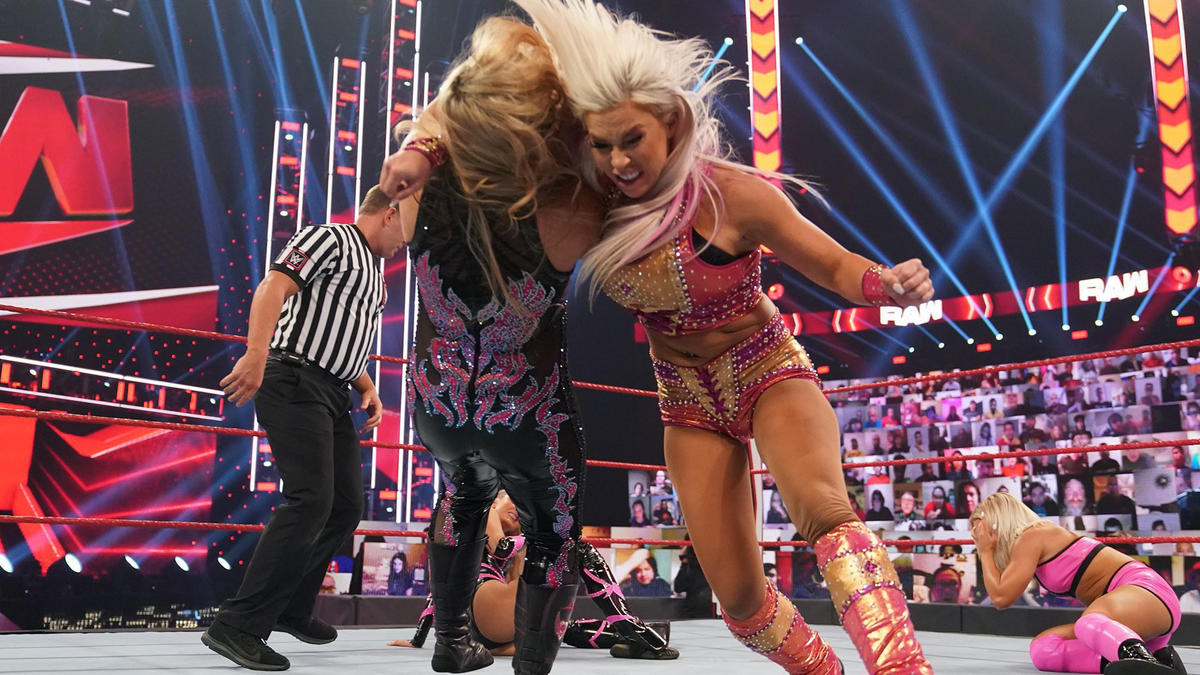 Natalya and Lana vs. Mandy Rose and Dana Brooke was the next match on WWE RAW where Nattie and Lana double-teamed on Brooke. Lana wanted to taunt Rose a bit which allowed Brooke to hit a kick. Rose tagged in and unloaded on Lana. Brooke neutralized Nattie with a clothesline while Rose hit the pump knee strike on Lana to pick up the win.

A temporary team name for this duo tonight …

Kevin Owens took on Aleister Black on WWE Raw as he missed a pinfall attempt after hitting a pump knee strike. He went wild and accidentally hit the referee who disqualified the match. Owens delivered a Stunner on Black before leaving the ring.

Triple Threat for the WWE 24/7 Title went down on WWE Raw with the lineup of Drew Gulak vs. Akira Tozawa vs. R-Truth. Tozawa hit a Senton on Gulak after Truth picked him up and hit an Attitude Adjustment on top of Gulak to win the match.