SmackDown, this week will be all about the builds on Elimination Chamber 2021 as we are less than ten days away from the pay-per-view event and WWE is yet to announce a single contest from the blue brand. The championship pictures will be addressed on the show while The Messiah will finally be back on TV after a gap of more than two months when the show airs from the Tropicana Field in Tampa Bay, Florida.

The headliner for this week’s SmackDown is obviously the comeback of Seth Rollins. The top superstar of the WWE was away from programming as he took some time off to be with fiancée Becky Lynch as they welcomed their first child together in December. From the storyline perspective, Rollins was written off at Survivor Series 2020 after he digested a Brogue Kick from Sheamus.

The Messiah was originally back as a participant at Royal Rumble 2021 where he merely lasted for just 9 minutes. The last time when Seth Rollins was seen on SmackDown, he was involved in a feud with Murphy and The Mysterios. Although there have been some rumors about the angle still continuing upon return, now it is believed that WWE won’t drag this, anymore. So a fresh feud is expected for the former world champion. 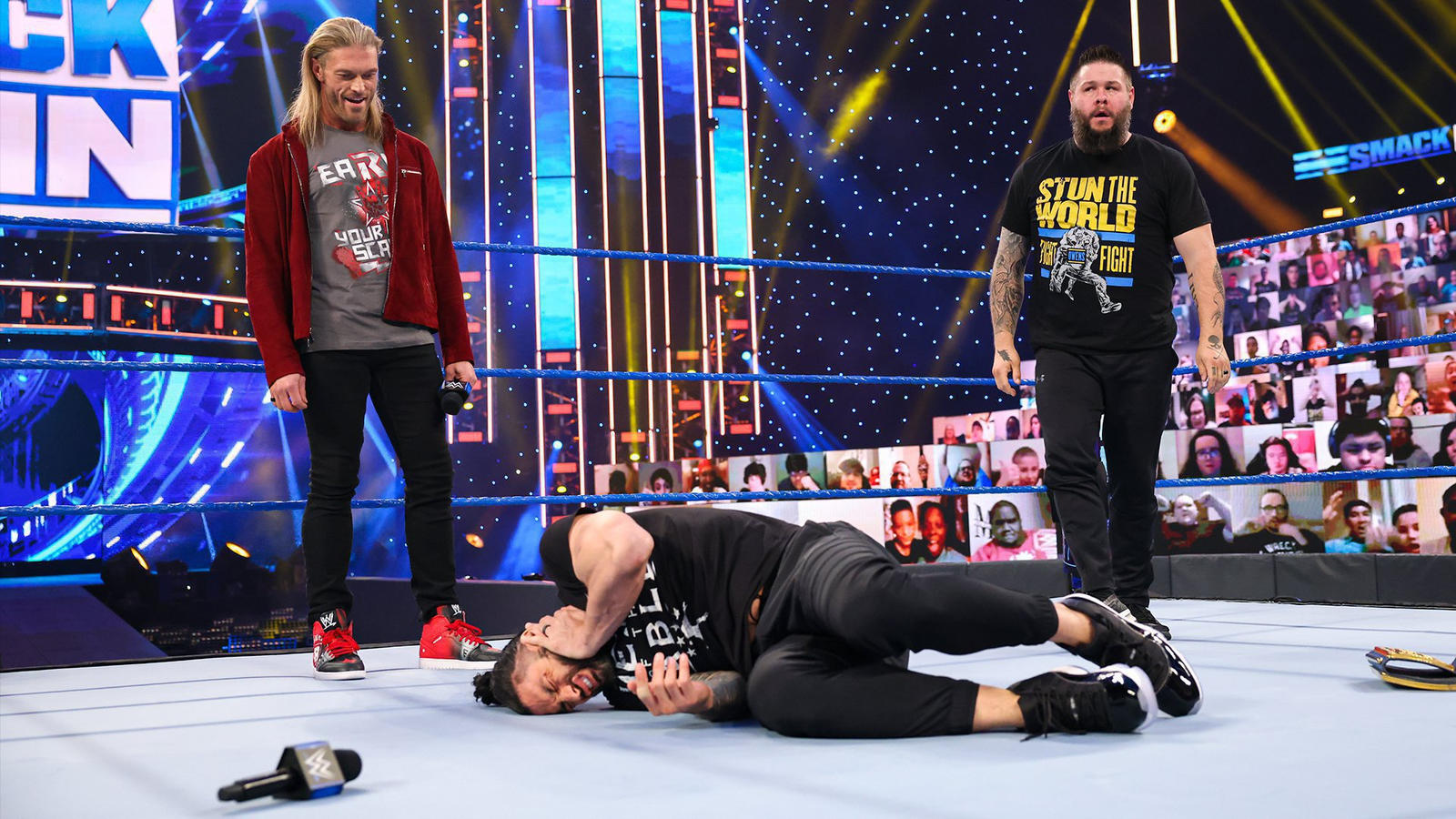 Last week, Roman Reigns called out Edge before he arrived on SmackDown as he was more than confident over his brutal victory against Kevin Owens in a Last Man Standing Match at Royal Rumble 2021. The confrontation happened by the end of the show which eventually ended with Owens delivering a Stunner on Reigns hinting at the continuation of the rivalry.

It is still under speculation whether a singles contest will be confirmed between the two of them at Elimination Chamber in a gimmick match or Roman Reigns will be forced to defend inside the Chamber against five other opponents. Since a Chamber match from the Raw side has been announced this past Monday, chances are high that SmackDown will announce a big match from their side, as well. 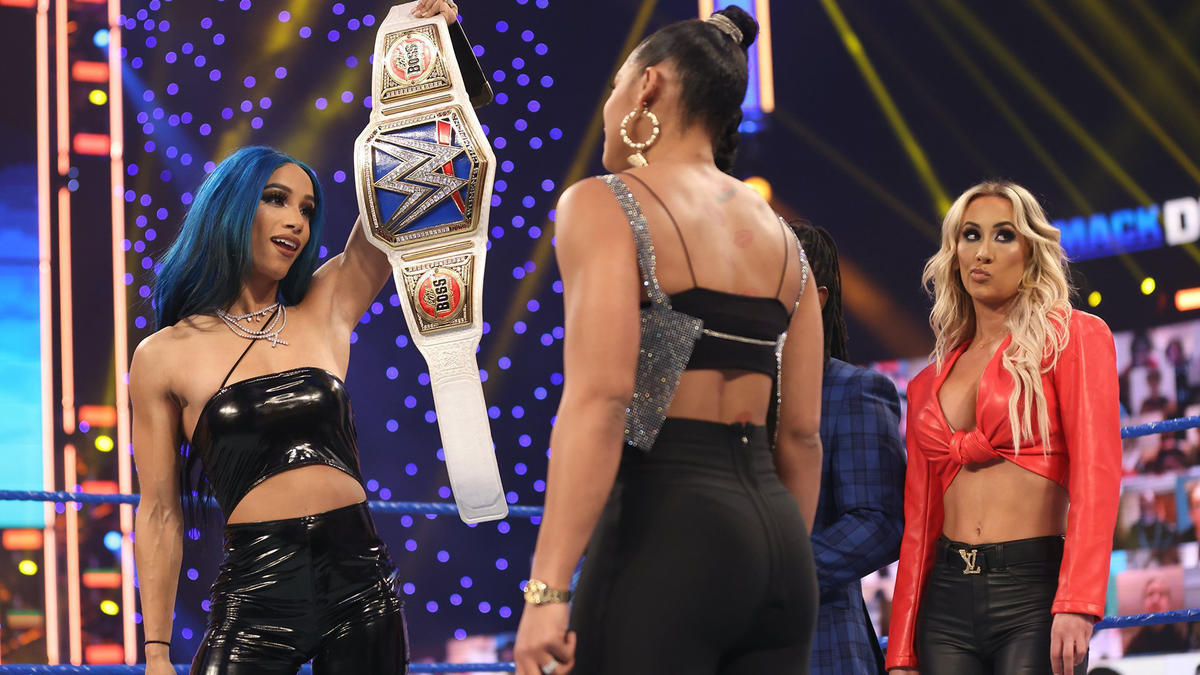 Speaking of which, the SmackDown Women’s Championship also comes into the context. Sasha Banks successfully defended her title against Carmella at Royal Rumble via Bank Statement submission. Being a strong champion, she certainly doesn’t have any problem defending the title inside the Elimination Chamber. But as Ringside News informed, there are no current plans on doing a Women’s Chamber match, this year. So, it’ll be interesting to see what Sasha has in-store for her title reign.

Who Roman Reigns Will Face At WWE Elimination Chamber 2021

As for the Intercontinental Championship, Big E retained his title in a Triple Threat Match against Sami Zayn and Apollo Crews, last week. This rivalry has been going on for sometimes which may not be dragged to make it look boring. E has vowed to be a champion that people could look up to and hence new opponents should be reserved for him when SmackDown comes, live with the latest episode on FOX.