We’ve almost reached the final Big-Four PPV event of the year that is based on the brand supremacy war between Raw and SmackDown. Prior to that, the blue brand will one final time while figuring out their brigade. Also, there will be a battle between Seth Rollins and Murphy which is building for months. These and more will be in-store when Friday’s hottest show airs from the Amway Center in Orlando, Florida. 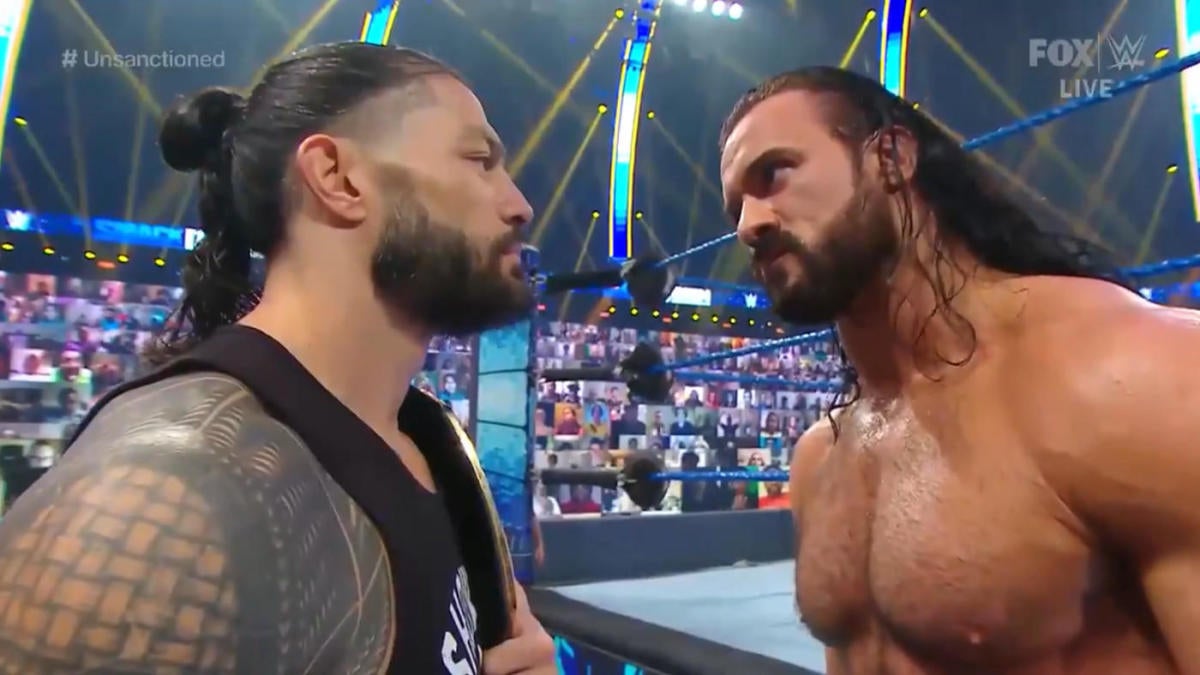 The main event of last week’s SmackDown witnessed an Unsanctioned Match where Drew McIntyre competed against Jey Uso. The indomitable star from Monday Night Raw picked up the win with a Claymore Kick that also sent a message to Universal Champion Roman Reigns.

Now, Reigns may haven’t still impressed with this who advised Drew to capture a title and meet him at Survivor Series. McIntyre planned exactly the same when he snatched the WWE Championship from Randy Orton on Raw to set up the mega battle against Roman Reigns. Just two days before that bout, we can expect to have another confrontation between the two superstars on SmackDown.

Mysterio family finally made a truce with Murphy with whom their daughter has been hooked up. Rey Mysterio put an end to the feud with Seth Rollins via a win in a No Holds Barred Match where Rey received help from Murphy. Now that The Disciple had betrayed Rollins, the SmackDown Savior has demanded a one-on-one match with him and it was granted. An irate Rollins is out for payback which isn’t good news for Murphy.

While Raw has finalized their team combinations from both men’s and women’s divisions, SmackDown is yet to do so. The male team will have Kevin Owens, Jey Uso, King Corbin, Seth Rollins, and Big E leaving one spot to decide while the female team has Bianca Belair, Ruby Riott, and Liv Morgan in it two spots remaining to fill. While there’s no clue how’d be the women’s division team will be filled up, rumors have that Big E should be the fifth member for men’s Team SmackDown.

Sasha Banks has put down Bayley for good after winning a rematch over the SmackDown Women’s Championship, two weeks ago. While she must have anticipated having a good time, going forward, there’s one big problem. Carmella has returned with the Untouchable gimmick who’s out to prove herself at the champion’s expense. For two weeks in a row, she planted Sasha with blindside attacks from behind. Could Sasha make a comeback, this week? We’ll find out when the go-home episode for Survivor Series 2020 airs.