SmackDown aired last night with a huge title rematch on the card where AJ Styles challenged Jeff Hardy for the Intercontinental Championship. Bayley was set to explain her attack towards Sasha Banks whereas Bray Wyatt introduced a new character in the Firefly Fun House. Check out the results from the show hosted by the Amway Center in Orlando, Florida.

Roman Reigns kicked things off on SmackDown alongside his Clash Of Champions challenger Jey Uso to talk about their family bond and childhood. King Corbin and Sheamus came out to interrupt them and thus causing a brawl. Uso shoved off the two heels while Reigns watched. A tag team match announced featuring these four for later the night.

The challenge has been laid down!!! 👀 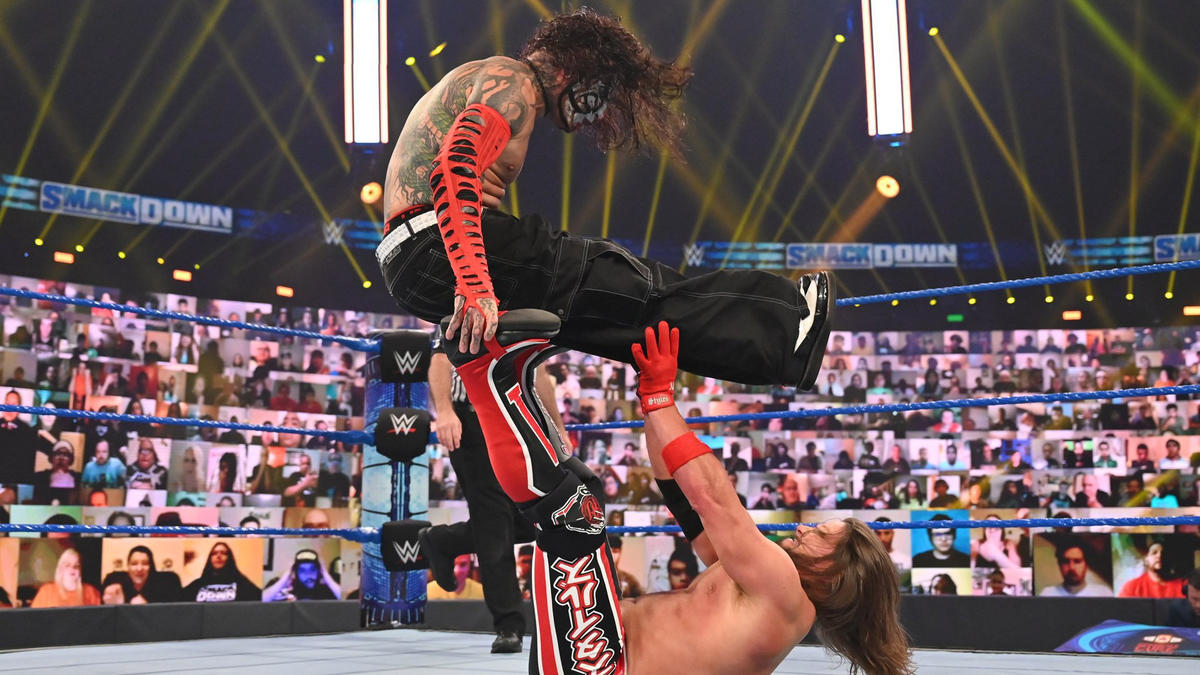 WWE Intercontinental Title Match was the first contest of SmackDown between AJ Styles and Jeff Hardy. Styles worked Hardy’s injured legs for sometimes before digesting a basement drop-kick. Sami Zayn interfered with the match and sent Styles to steel ring steps for the disqualification. He hit the Helluva Kick on Hardy before leaving.

Cesaro and Shinsuke Nakamura vs. Lucha House Party was the next match lineup on SmackDown. Nakamura hit a running knee on Kalisto to take control of the match. Raw tag team champions The Street Profits then appeared on the big screen as they were seen partying on the champions’ lounge, backstage. This distracted Cesaro as Kalisto rolled him up for a pinfall win.

SmackDown Women’s Champion Bayley came out with the beat-up steel chair that she used on former tag partner Sasha Banks, last week. She cut a heel promo on how she cared the least about their friendship and used Sasha all the way to get to the top. She didn’t show any remorse for her actions. 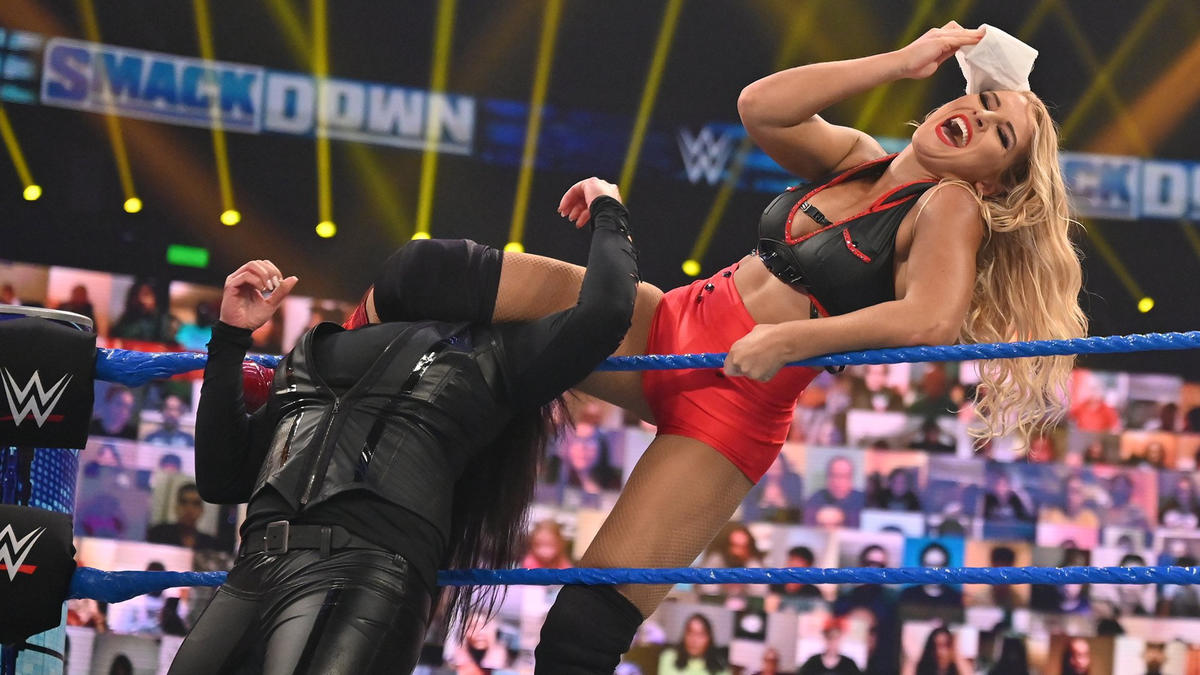 A Number-one Contender’s Fatal 4 Way Match took place for the SmackDown Women’s Championship with the lineup of Nikki Cross vs. Alexa Bliss vs. Tamina Snuka vs. Lacey Evans. Bayley attacked Cross with the steel chair on the ramp while in the match, Bliss hit her with Sister Abigail and get vanished. Cross still managed to took out Evans with a Neckbreaker and then rolled up Tamina for the victory.

Otis competed against John Morrison on SmackDown where The Miz tried to distract him by running away with his Lunchbox. But Otis still managed to hit the Caterpillar and the Vader Bomb for the easy win.

Bray Wyatt presented the Firefly Fun House segment on SmackDown to introduce the new Special Advisor for the Funhouse – Wobbly Walrus which was adopted by Paul Heyman, in reality. 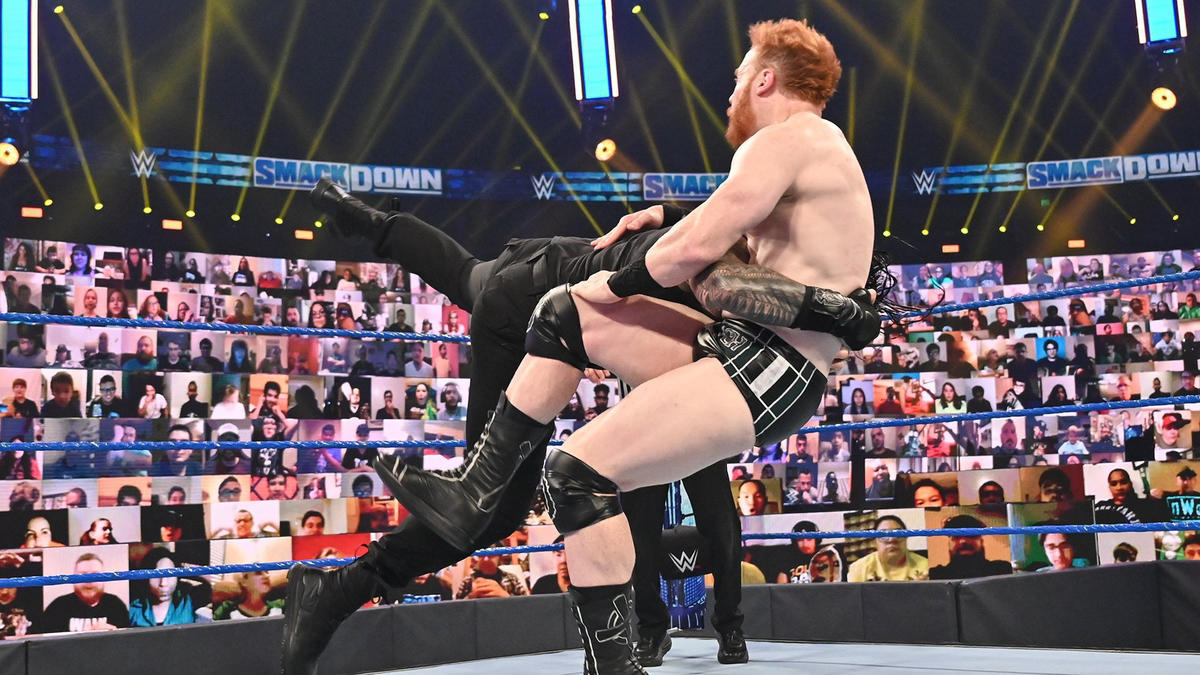 King Baron Corbin and Sheamus vs. Roman Reigns and Jey Uso was the tag team main event match on SmackDown. Uso was alone in the match as Reigns came out by the end when Uso caught Sheamus with a Superkick followed by a Frogsplash. Reigns tagged himself in and connected with the Spear for the easy win. Reigns and Jey celebrated to send the show off-air.