WWE SmackDown aired this week with the anticipations of receiving some big Elimination Chamber announcements. New title matches were expected to get official while Seth Rollins was set to make his return on the show after a gap of more than two months. Check out the results from the show that took place at the Tropicana Field in Tampa Bay, Florida. 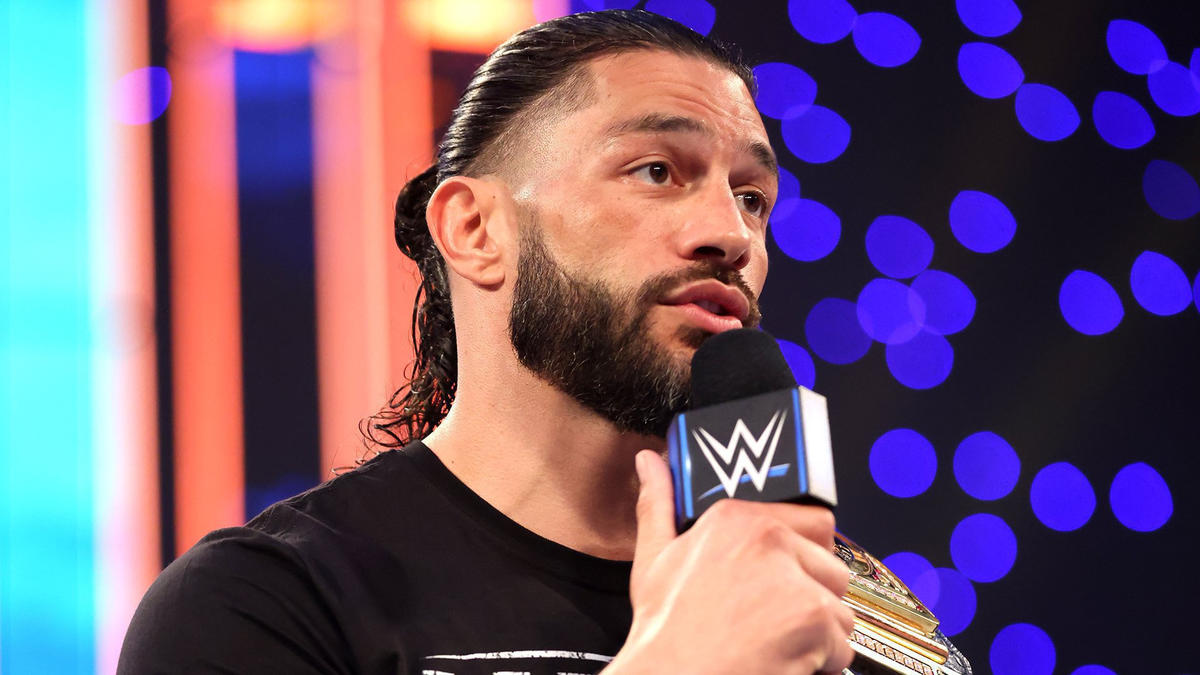 Universal Champion Roman Reigns, Jey Uso, and Paul Heyman opened SmackDown to get the information from Adam Pearce that he’d have to defend his title at Elimination Chamber. A number-one contender will be determined via the match who’d face Reigns, on that night. Jey Uso and Kevin Owens automatically qualified for the contest while there will be more qualifiers for the match, later the night. 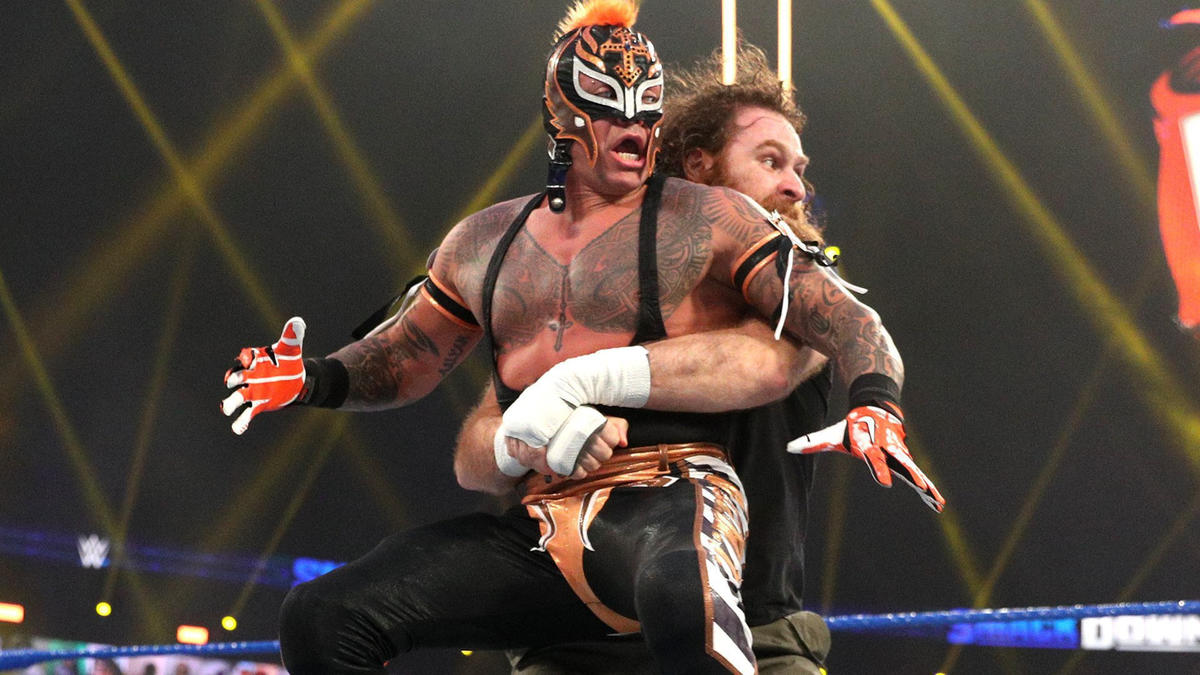 The first Elimination Chamber Qualifier witnessed Rey Mysterio and Dominik Mysterio team up against Sami Zayn and King Baron Corbin. Rey and Dominik hit a double 619 on Corbin. But Sami came from the back and neutralized Rey. He delivered a huge Exploder Suplex on Dominik before connecting with the Helluva Kick on Dominik for the win. Sami and Corbin qualified for the Elimination Chamber.

WWE Intercontinental Title Match took place on SmackDown where Shinsuke Nakamura challenged Big E. Apollo Crews wanted to get the title shot but E denied him giving one. In the match, E hit a Uranage on Nakamura and waited o hit the Big Ending when Crews ran down and took a cheap shot on E to disqualify the match. 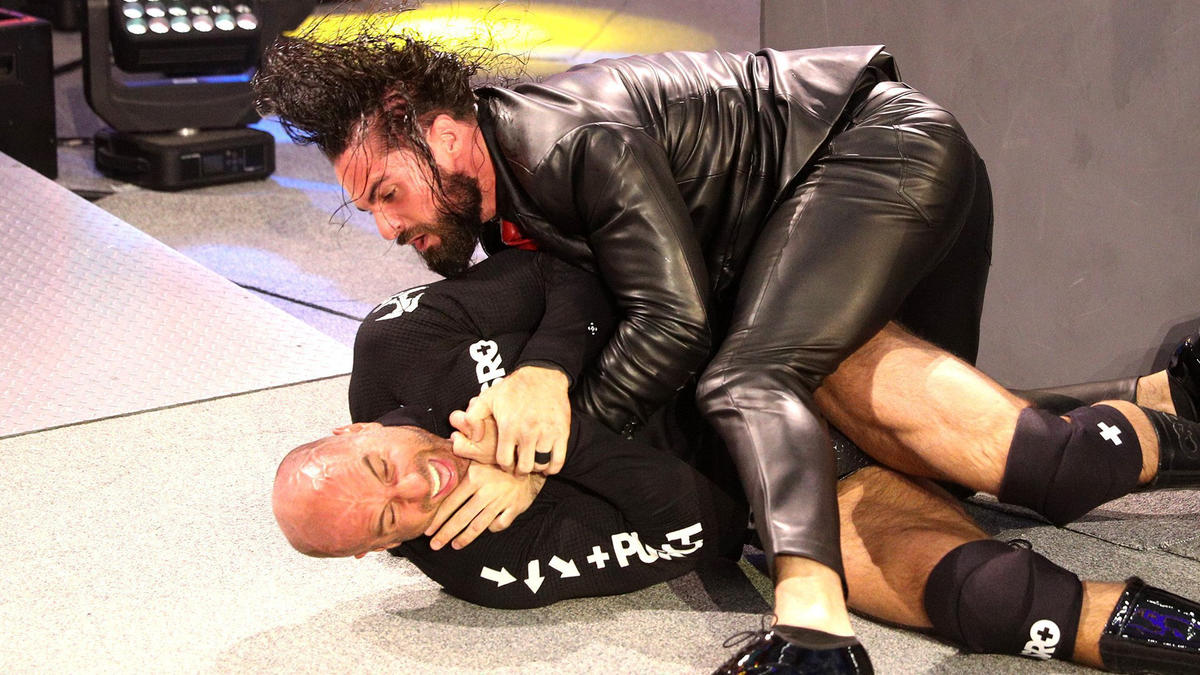 Seth Rollins made his return on SmackDown as the entire locker room was gathered at ringside. The returnee talked about leadership as everyone headed to the back except for Cesaro. Rollins thought that Cesaro was ready to join him. But he wasn’t. Out of frustration, Rollins attacked him from behind. WWE officials and Daniel Bryan ran out to make the save as Rollins retreated.

Bayley vs Liv Morgan was the next match on SmackDown where Liv was in control after hitting an Enziguri on her opponent. Billie Kay came out, once again distracting the referee. Bayley took advantage by raking Liv in the eyes and then dropping her face-first with the Rose Driver for the pin to win.

The Street Profits competed against Otis and Chad Gable, next. Otis hit the Caterpillar on Dawkins but Ford sent him out of the ring. Dawkins hit The Anointment on Gable after which Ford delivered a Frogsplash on him to get the pinfall win. 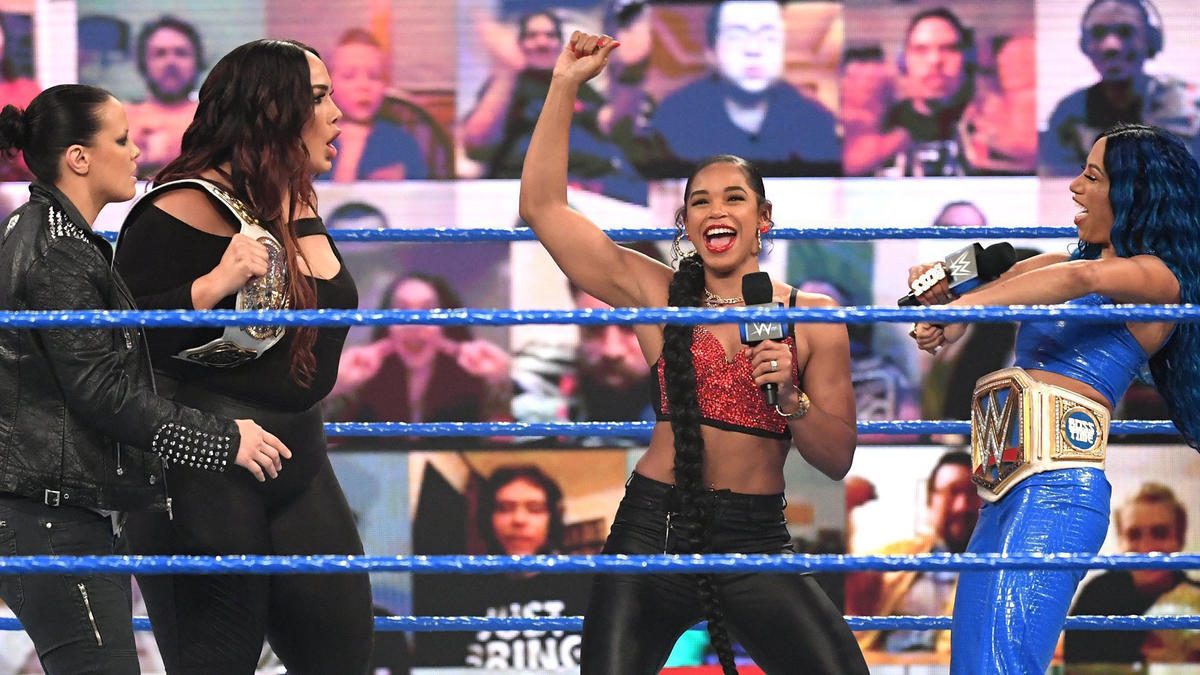 SmackDown Women’s Champion Sasha Banks and Bianca Belair were having a conversation when Women’s Tag Team Champions Nia Jax and Shayna Baszler interrupted them. Banks mocked Jax showing the ‘My Hole’ footage from Raw before sending her out of the ring. Belair and Banks double-teamed on Baszler as the latter was forced to retreat. 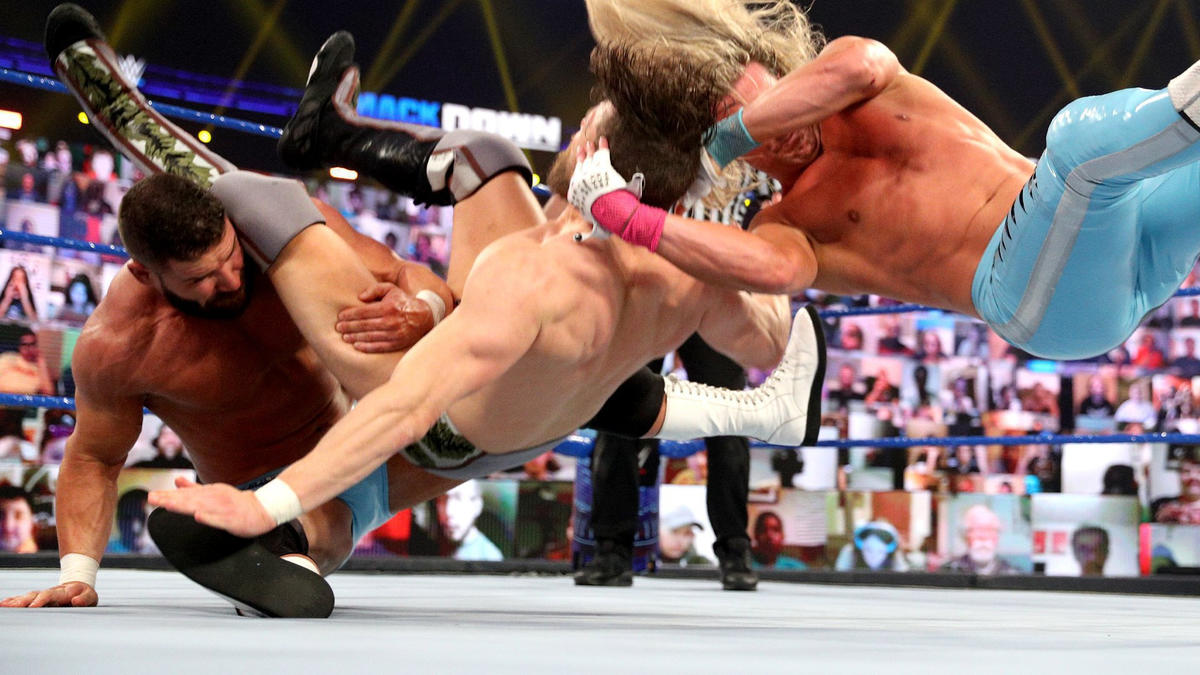 Elimination Chamber Qualifier with the lineup of Robert Roode and Dolph Ziggler vs. Daniel Bryan and Cesaro was the main event of SmackDown. Cesaro locked in Sharpshooter on Ziggler after a Swing to get the submission win. Bryan and Cesaro qualified for Chamber after which the participants of the upcoming match started a brawl. Kevin Owens appeared and delivered Stunners to put down everyone. He stood tall to send the show off-air.