WWE presented the latest episode of SmackDown where Rey Mysterio was scheduled to face King Corbin in singles action. There was a contract signing set for the Royal Rumble pay-per-view match between WWE Universal Champion Roman Reigns and Adam Pearce. Also, Nakamura vs Jey Uso was announced for the show that took place from the Tropicana Field in Tampa Bay, Florida. Check out the results,

Roman Reigns and Paul Heyman opened SmackDown in a backstage segment. Heyman wasn’t happy with the Royal Rumble match contract and he wanted to make changes to it. Jey Uso arrived at the ring informing his entrance at The Rumble. He will move to Raw and challenge the WWE Champion if he wins the Rumble. 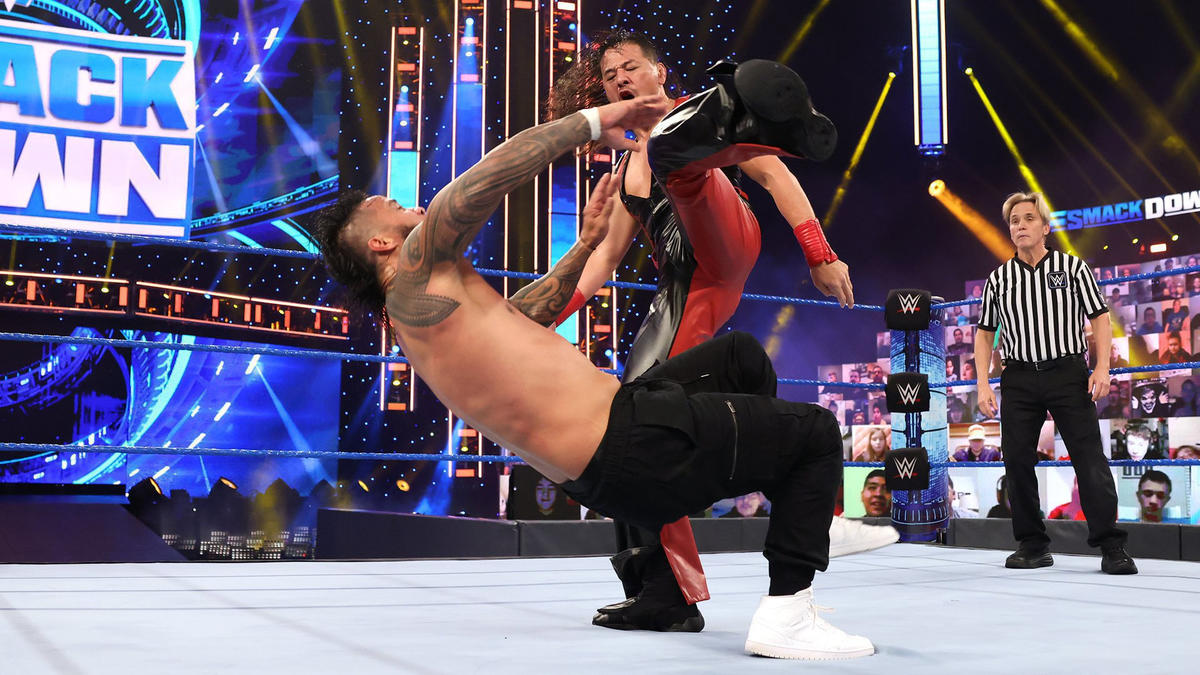 Shinsuke Nakamura came out to compete in the opening match of SmackDown against Uso. He was looking to hit a Kinshasa but Uso countered with a Superkick. He missed a splash but then tried to roll up Nakamura using the ropes. The referee stopped starting an argument. Nakamura then connected with the Kinshasa for the victory.