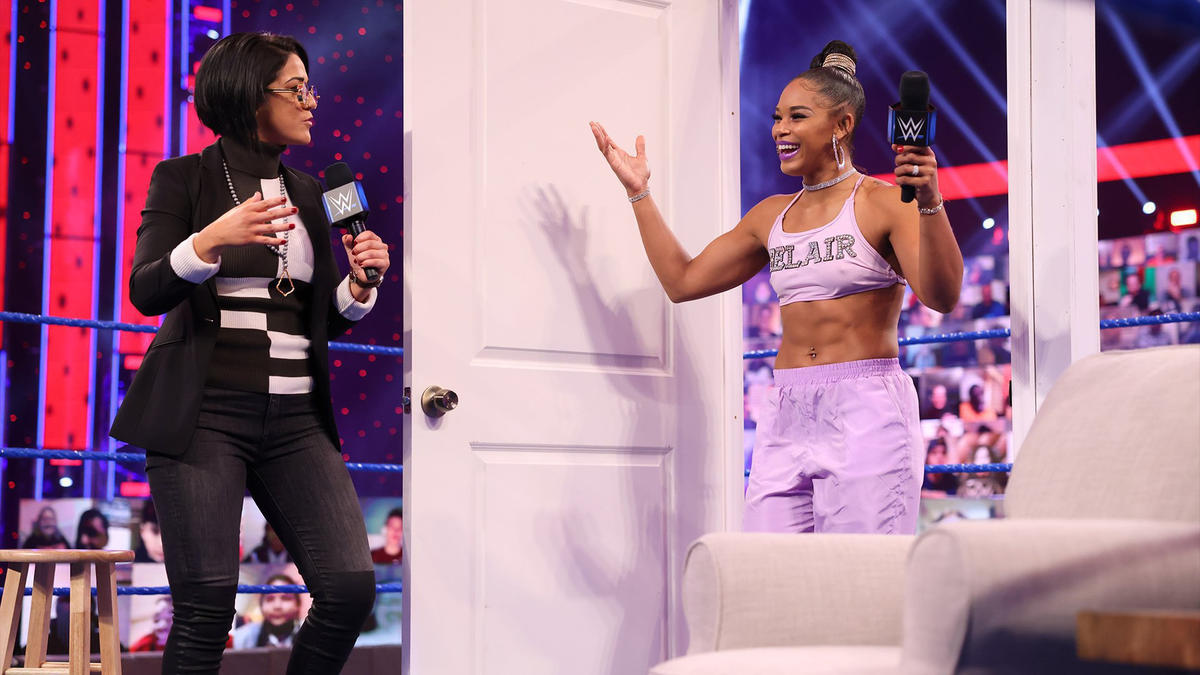 Bayley’s “Ding Dong, Hello!” talk show debuted on SmackDown with Bianca Belair as the guest. The two argued to carry on their feud as Belair proposed a match, right there. But Bayley instead proposed an Ultimate Athlete Obstacle Course challenge which was accepted by Belair. The segment will air, next week. 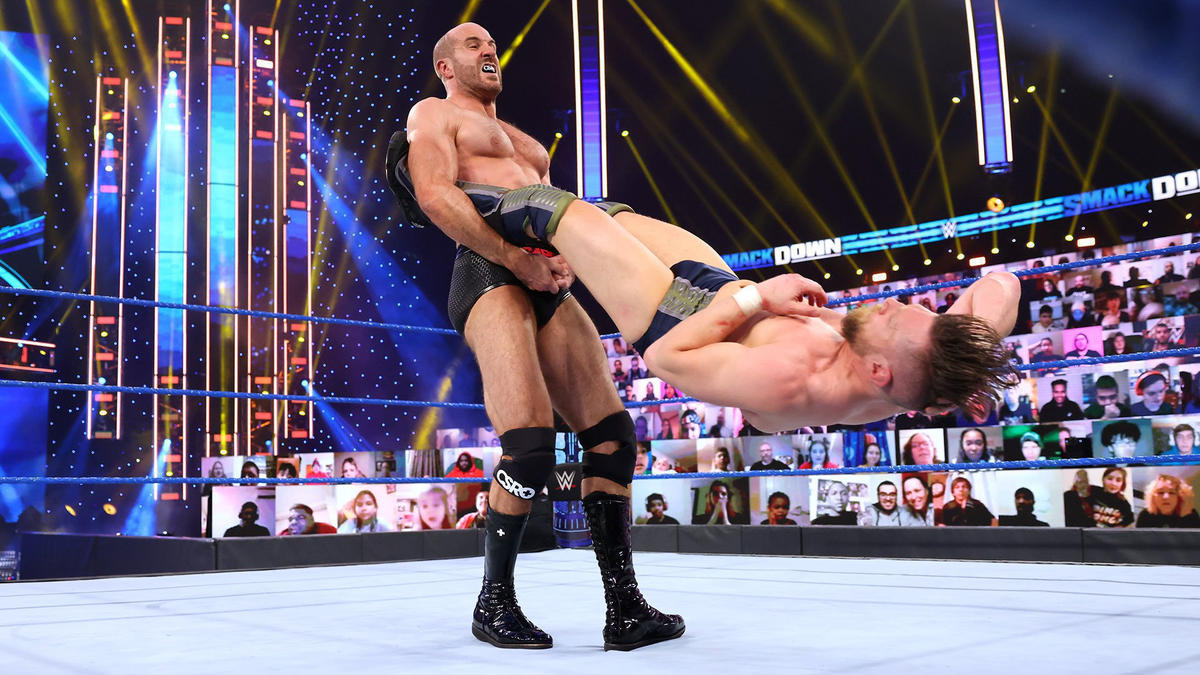 Daniel Bryan vs Cesaro was the next match on SmackDown. Bryan was rolling through the YES kicks on his opponent. He wanted to hit the running knee into the corner but Cesaro caught him with an Upper-cut. He planted Bryan with the Gotch Neutralizer, right away to get a huge win.

Carmella went on a rant on SmackDown Women’s Champion Sasha Banks showing how she’s missing the show for two consecutive weeks. Banks suddenly attacked her from behind and granted a rematch to her. But first, she wanted to have Mella’s sommelier Reginald in a match.

Apollo Crews vs Sami Zayn was the next match lineup with the winner getting an Intercontinental Title shot. Zayn tried to pin Crew on a couple of occasions but the referee caught him using the tights for leverage. Sami then hit an Exploder Suplex and charged into the corner while Apollo rolled him using the ropes for leverage to get the win. After the match, he had a confrontation with Big E, the IC Champion. 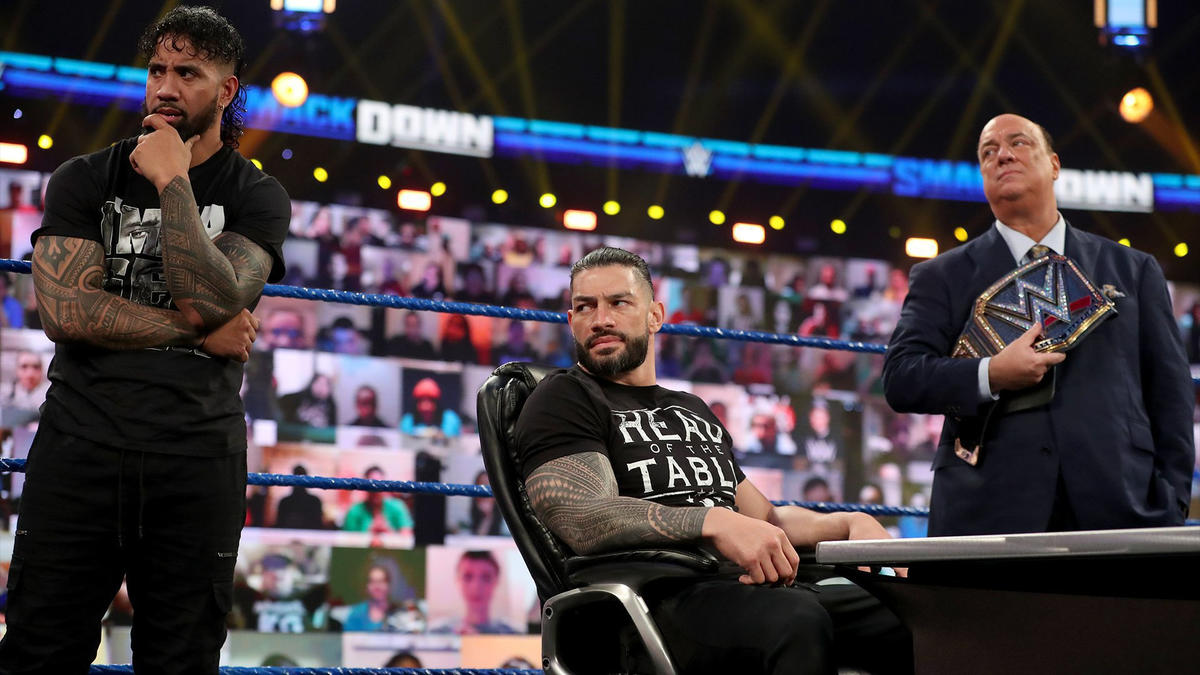 The contract signing segment was the last one for this week’s SmackDown. Roman Reigns forced Adam Pearce to sign the contract for a Last Man Standing Match. Afterward, Pearce just limped around to inform him that he’s unable to compete and found a suitable replacement. Kevin Owens came out and put his signature on the contract to make Reigns irate. Owens and Pearce stared down Reigns from the ramp to end the show.