Photos: WWE Star Ronda Rousey Details Changes Around Her Body Due To Pregnancy

Ronda Rousey hasn’t been seen in a WWE ring since after she lost that triple threat match in the WrestleMania 35 main event. She took a hiatus to have some outside adventures away from WWE. At first, it was assumed to be a short sabbatical due to her hand injury but then she just recently announced that she is expecting her first baby with husband Travis Browne.

While this sort of announcement was expected from her for a long time. The baby’s arrival indefinitely postponed her WWE in-ring return. Also, reports claim that some of the WWE officials do believe that Ronda Rousey’s wrestling career under their banner is over. She was never interested in coming back for a full-time schedule. Once the baby arrives in September, she will be busy looking her after. 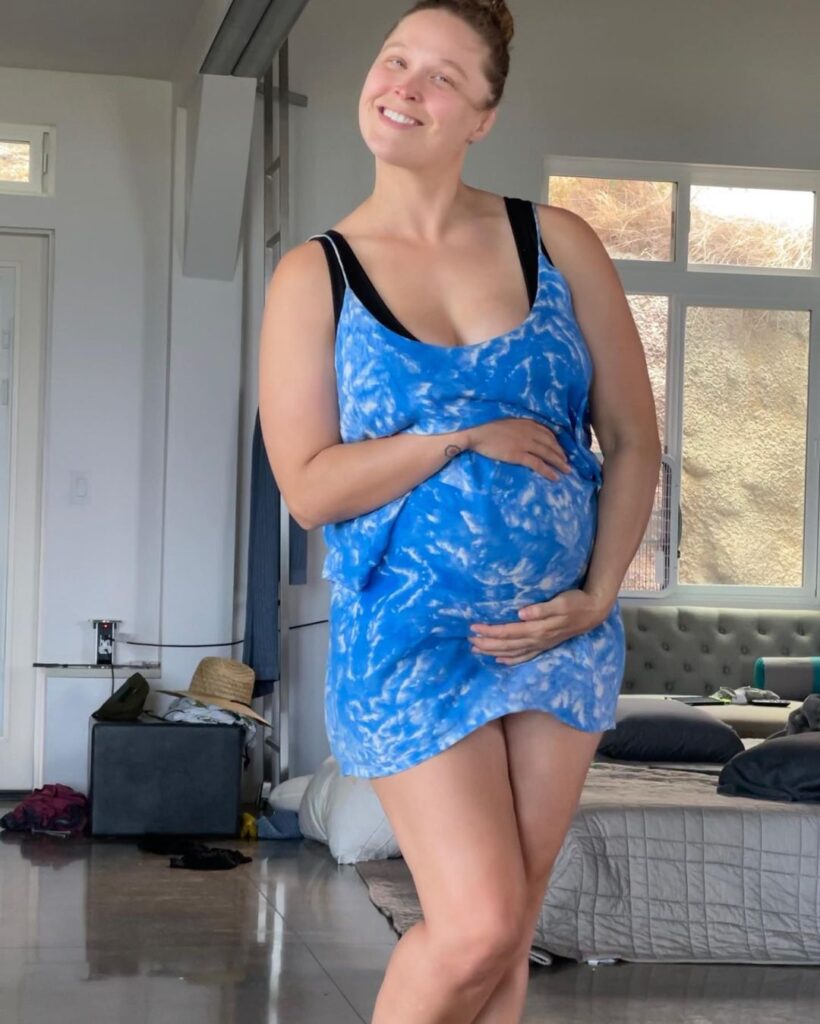 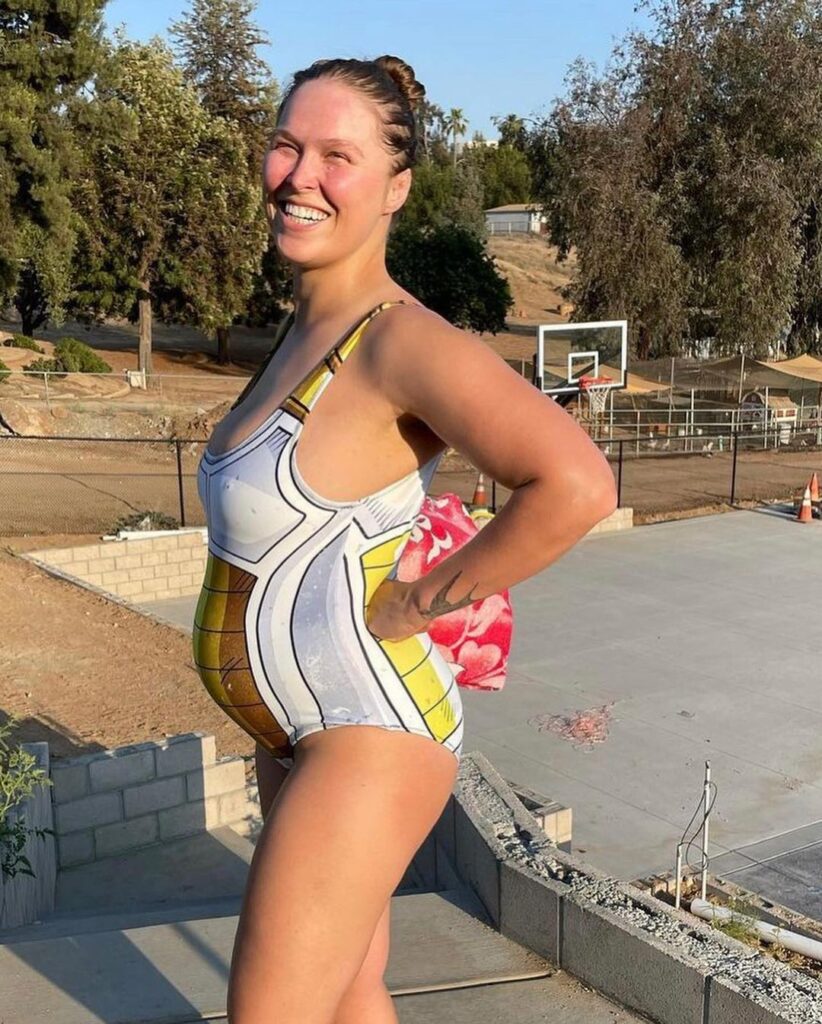 At present, Ronda Rousey is going through that first-time motherhood experience that millions have experienced, beforehand. She dropped a detailed Instagram post to describe that experience and everything is sucked out of the ‘Baddest Woman on the Planet.’

In an interesting caption, the UFC Hall of Famer mentioned the following, “Eat some muscles, dance on my bladder, split all the abs and buttholes you need to come safely into this world. Mama can’t wait to meet you.” Ronda Rousey also can’t figure out what substances are coming out of her nipples, all the time,

“There’s no break, it’s a grind, I’m just trying to get through one day at a time. And holy hell what is all this shit coming out of my nipples? How is it possible to feel hungry nauseous and bloated at the same time? This baby is gunna be some kind of superhero cause I swear she’s eating all my muscles.
Has anyone seen my butt? I can’t find it.” 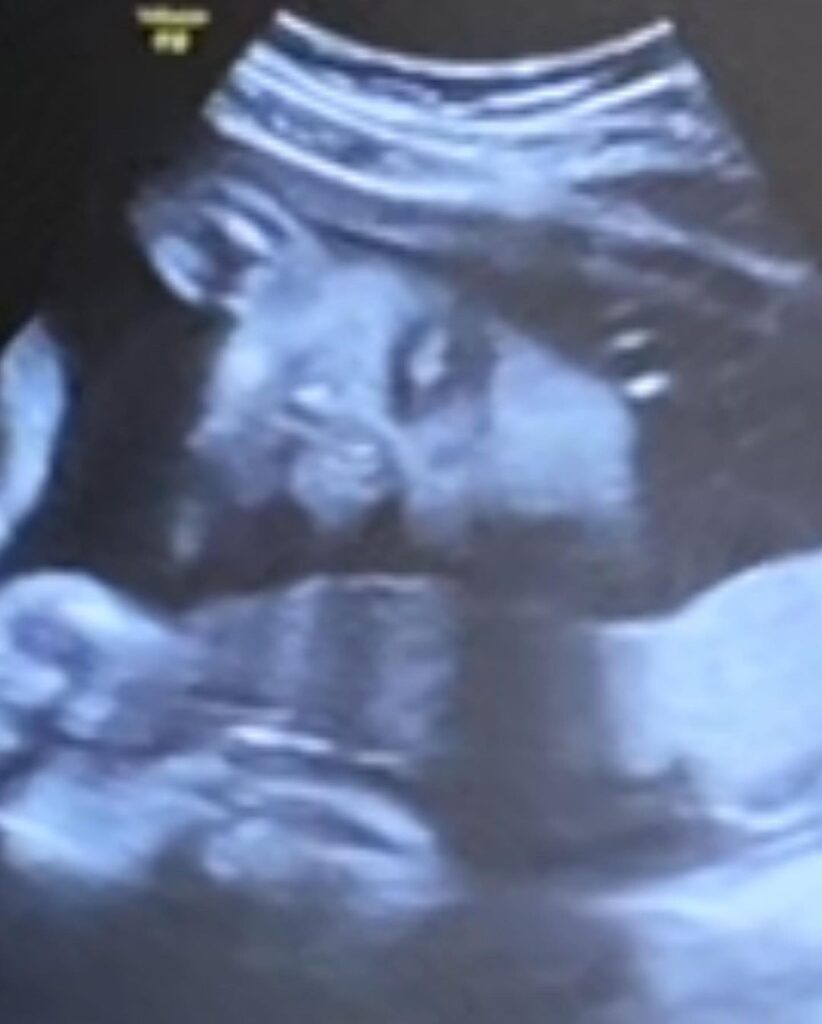 Apart from this lifetime experience, Ronda Rousey has also posted a couple of pregnancy photos of herself as she spends some quality time with her husband on the Browsey Acres farm.

Ronda Rousey might not be finished with WWE just yet, but she will have to go with long thinking before coming back to the company, ever again. She will be very much preoccupied with motherhood season and clearly, she is enjoying every bit of it.

England To Tour South Africa And New Zealand In Early 2023

England will tour South Africa and New Zealand in early 2023. In the original version of