On the bygone episode of RAW, Stephanie McMahon showed up via the big screen to announce a rematch for the RAW Women’s Championship between Asuka and Sasha Banks on next week’s RAW.

The status of the title is uncertain ever since Extreme Rules has passed by where Sasha Banks escaped with the title. A new champion will be determined via the match, announced by Stephanie. However, things could have been different around the title picture.

There have been some earlier plans to involve Asuka with a different performer of Monday Night Raw. A wrestler was set to injure Kairi Sane on TV to write her off WWE Raw programming. Her current WWE contract is about to expire within a few days and she’s expected to go back to Japan, afterward. The attacker of Kairi was supposed to challenge Asuka for the RAW Women’s Championship at SummerSlam. The Wrestling Observer has reported that Natalya was going to be that attacker to send Kairi Sane into a permanent hiatus from WWE TV. She originally supposed to injure the first-ever Mae Young Classic Tournament winner and face Asuka at SummerSlam.

But plans changed as she had to take time-off from Raw programming. Her husband, TJ Wilson, got sick and she was advised to stay at home rather than attending Raw,

“The idea as of yesterday was for Kairi Sane to be injured and the person who injures her — who by TV tonight looks to be Shayna Baszler and Baszler was brought back as a back-up to injure Kairi Sane and it looks like she’s going to be the back-up because Natalya was originally scripted in that role, but she’s been kept off. As far as I know Natalya does not have COVID, but she’s been off for weeks.”

As seen on this week’s RAW, it’s likely that Shayna Baszler should be the one to feud with Asuka heading into SummerSlam.

She has shown interest in the title held by the Empress of Tomorrow while observing the situation, backstage. She also made some comments on Raw Talk hinting some bigger goals on the main roster. 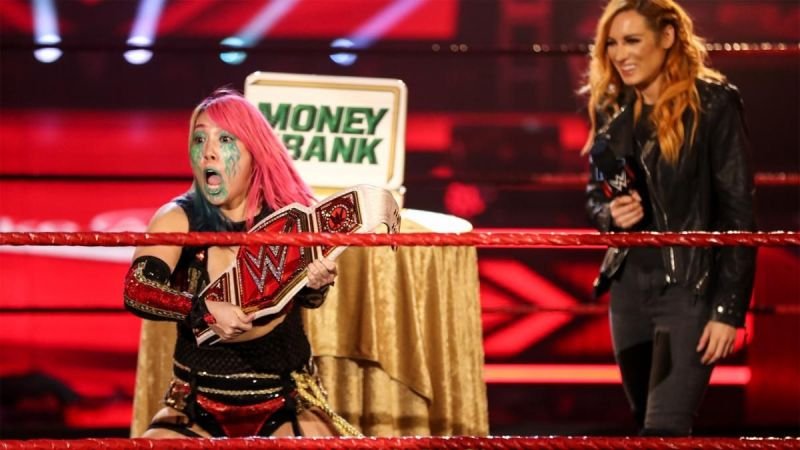 So it seems like Asuka is getting ready to face the toughest challenge of her career, to date at SummerSlam 2020. As for Natalya, she is expected to be back on TV as soon as her home-quarantine days are over. She is expected to continue the storyline with Lana and got in the line for future Women’s Tag Team Championships race, perhaps.