Stephanie McMahon made a guest appearance on WWE RAW, this week to make a big announcement. She wasn’t present in the building instigating the audience with her natural heel persona but she did show up via the big screen inside the WWE Performance Center in Orlando, Florida which. It was a welcoming experience for the fans as the Billion Dollar Princess hasn’t been on TV for quite sometimes.

But the Women’s Tag Team Champions, Sasha Banks and Bayley weren’t happy to see Stephanie McMahon, at all. She booked a match for next week’s Monday Night RAW between Sasha Banks and Asuka to end the ongoing confusion of who the real Raw Women’s Champion champion is following Extreme Rules controversy.

As we hope to get the real champion through the SummerSlam rematch, the battle between the two veteran performers should also help to pull up the ratings.

Bayley wasn’t apparently too happy about Stephanie McMahon popping up, out of nowhere to ruin the good times she was enjoying with Sasha Banks on WWE Raw. Moreover, she had to compete in an impromptu match against Kairi Sane that she won via roll-up. A furious Bayley took to Twitter saying, “Stephanie McMahon is done for.”

She was apparently trying to set up beef with the WWE Chief Brand Officer who quote retweeted Bayley including only a question mark to it. Maybe, it’s not a smart thing to infuriate the Boss Lady.

Bayley has been the longest-reigning SmackDown Women’s Champion in the history who’s been holding on to the belt since last October. She’s literally on top of the world who poked fun at everyone in the past. However, she should be aware while commenting against The Boss’ daughter.

On a different note, who knows whether WWE is setting up a different kind of feud for Bayley around SummerSlam where Stephanie McMahon could involve in some capacity. 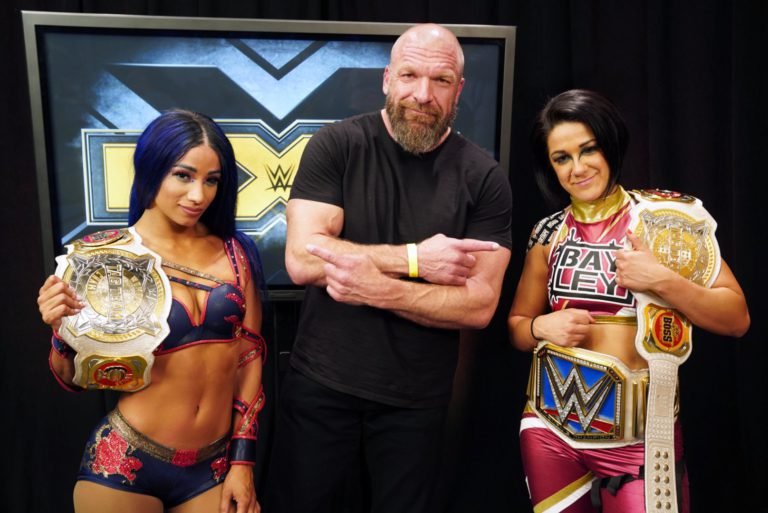 Sasha Banks vs. Asuka title match from The Horror Show at WWE Extreme Rules on Sunday didn’t end in a fair way as SmackDown Women’s Champion Bayley put on the referee’s shirt after he was hit by Asuka’s green mist. Bayley then counted the pin for Banks and handed over the title to her.

Stephanie McMahon confirmed during RAW that Asuka is still the champion while Banks has been in possession of the title. Next week’s match outcome could be decided by pinfall, submission, count-out, or DQ, including outside interference.