WWE Raw: Sasha Banks Vs Asuka & McIntyre Vs Ziggler Set For Next Week

The fate of WWE Raw Women’s Title will be decided during next week’s episode on the USA Network as announced by Stephanie McMahon.

WWE Chief Brand Officer appeared on the big screen during this week’s WWE RAW and announced that RAW Women’s Champion Asuka vs. WWE Women’s Tag Team Champion Sasha Banks will go down next week. The winner will be crowned the women’s champion of the red brand.

Stephanie McMahon also mentioned that next week’s match can be decided by pinfall, submission, count-out or DQ, that includes outside interference. It could give an upper-hand to Sasha Banks as her partner Bayley comes up with mind-games just like she did at Extreme Rules. 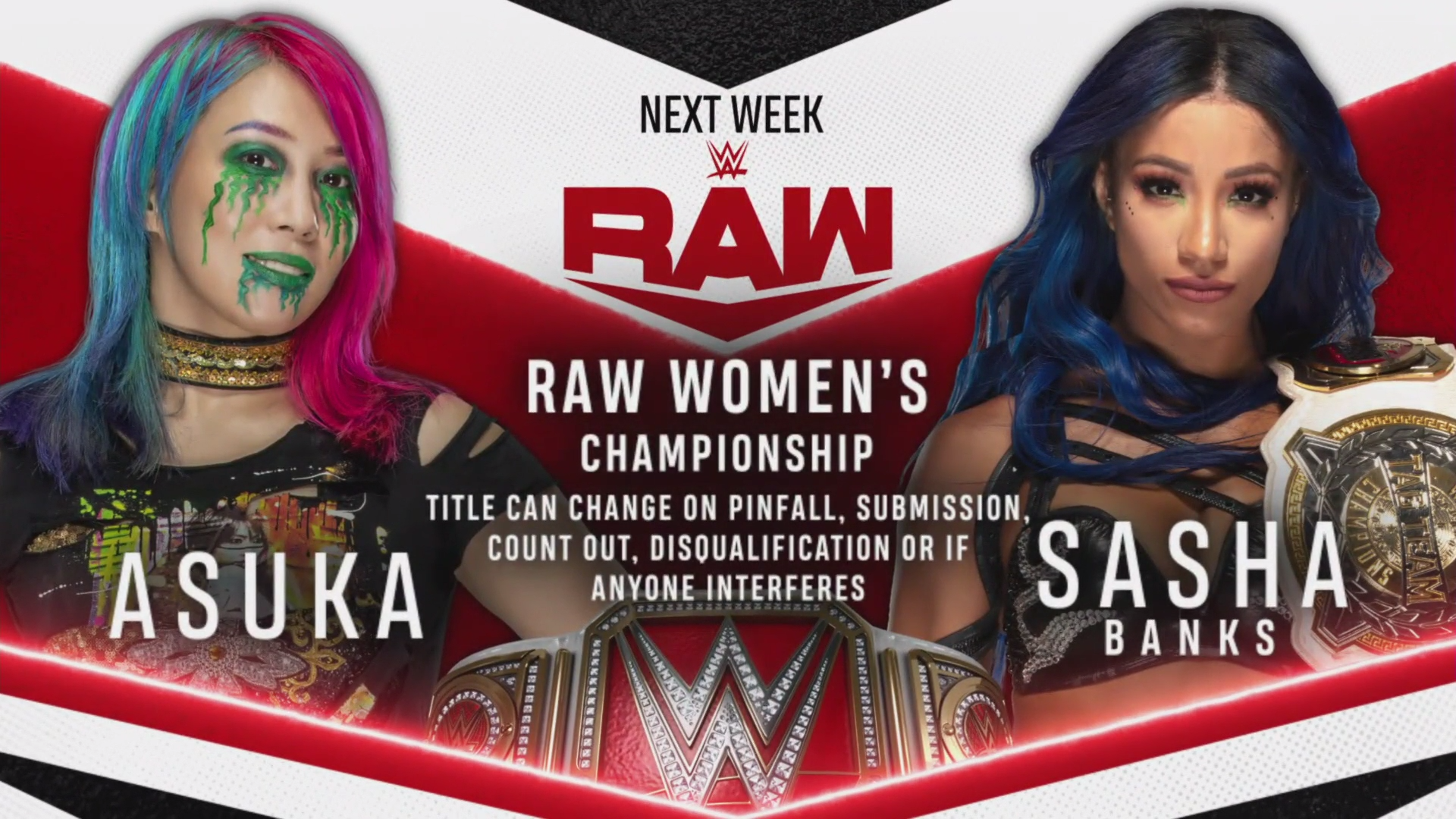 As previously reported, Sasha Banks vs. Asuka, title match from The Horror Show at WWE Extreme Rules on Sunday ended in controversy. SmackDown Women’s Champion Bayley put on the referee’s shirt as the original referee was hit by the green mist from Asuka.

Bayley counted the pinfall for Banks, and then announced Banks to be the new WWE Raw women’s champion. They left the arena with all the gold. McMahon confirmed during Raw that Asuka is still the champion, while Banks is in possession of the title.

McMahon noted how the controversy of WWE Raw Women’s Title match made Extreme Rules a Horror Show, indeed. They will get an opportunity to claim the belt and end all the confusion in the best way possible and that is to take on each other in the rematch. 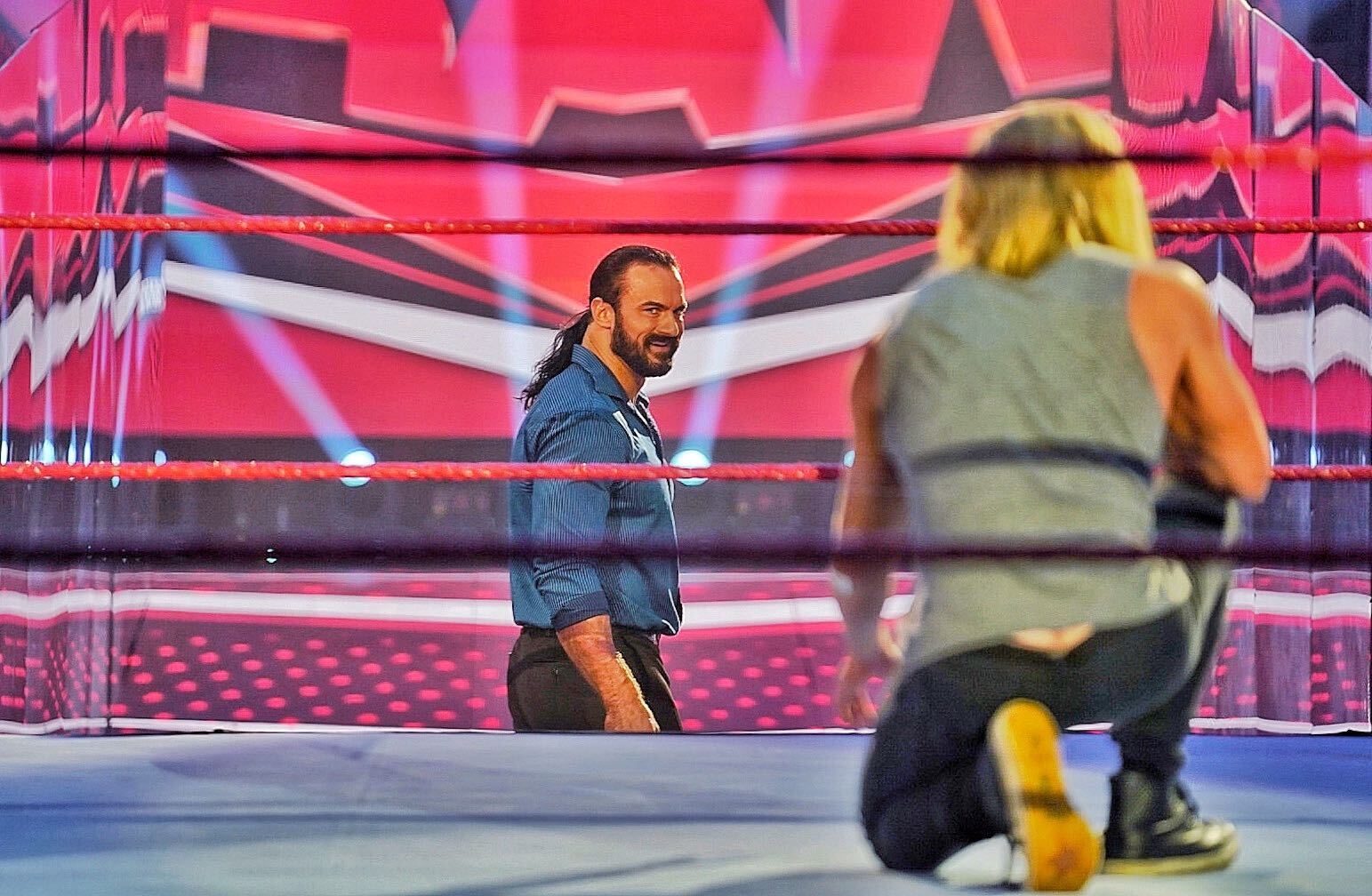 Speaking of a rematch, WWE Raw will witness another one, next week when will see WWE Champion Drew McIntyre defending against Dolph Ziggler. McIntyre agreed to compete in the match as he’d be able to pick the stipulation. But he won’t be revealing it until the match happens.

WWE The Horror Show at Extreme Rules saw McIntyre retaining his title over Dolph Ziggler. The challenger had the advantage as he was able to pick the stipulation for that match, but he didn’t reveal it until the match began. He chose an Extreme Rules match that existed only for him, although, it didn’t allow him to pick up the win. It seems he will get another opportunity on next week’s WWE Raw.