Our very own Indian origin superstar and former WWE Champion Jinder Mahal has been away from the WWE due to an injury. He has previously injured knee, last year that caused him almost a year of his career.

The Modern-Day Maharaja had to undergo surgery to get rid of the problem which kept him out of action, for months. But, it seems he has fully recovered from the issues.

We have seen Jinder Mahal posting pictures of gym sessions on social media which raised questions whether he’s in-ring ready or not.

Now the confirmed update has been received which might be an indication that he is coming back to TV, pretty soon unless the ongoing COVID-19 does not appear to a big barrier in creative planning for the WWE.

Chris Featherstone recently reached out to Jinder Mahal to get an update on his present status with the company. There’ve been some concerns regarding him as many stars are currently being released and especially he was not seen around for a long time. The former WWE Champion stated that he’s ready to make his return on TV,

“I reached out to former WWE Champion Jinder Mahal to check on both his WWE status, as well as the status of his injury. Mahal stated that he is currently ‘cleared and waiting’,” stated the source. 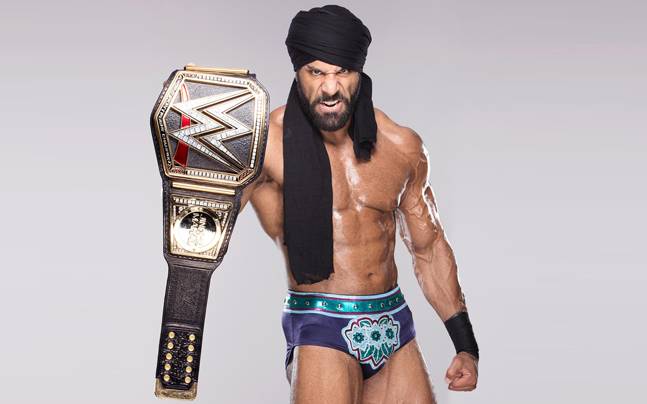 Jinder Mahal was last seen inside the squared circle competing against Mustafa Ali at a house show in Denver, Colorado last June.

It should be noted that just before suffering the knee injury during that live event, he signed a five-year contract with WWE that should keep his job safe for a long time. But there’s no confirmation available on how and when do WWE plans to use him on TV.

Previously in 2017, Jinder Mahal witnessed a Haley’s Comet rise in the WWE when he defeated Randy Orton to win the WWE Championship at Backlash 2017. He went to continue that reign for over 150 days to prove himself to be a strong title-holder.

He was the first one from Indian origin to win the most coveted title present in the sports entertainment. The Great Khali from Punjab had won the World Heavyweight Championship in 2007 but he never won the WWE Title.