Maria Kanellis can be considered as a veteran female performer in the world of pro-wrestling. She is one of the exceptional names who spent time in WWE as well as the rival brands like Impact Wrestling, Ring of Honor, or New Japan Pro Wrestling. While hopping from one company to the other, she created a lot of history given the controversial kind of persona that she is. 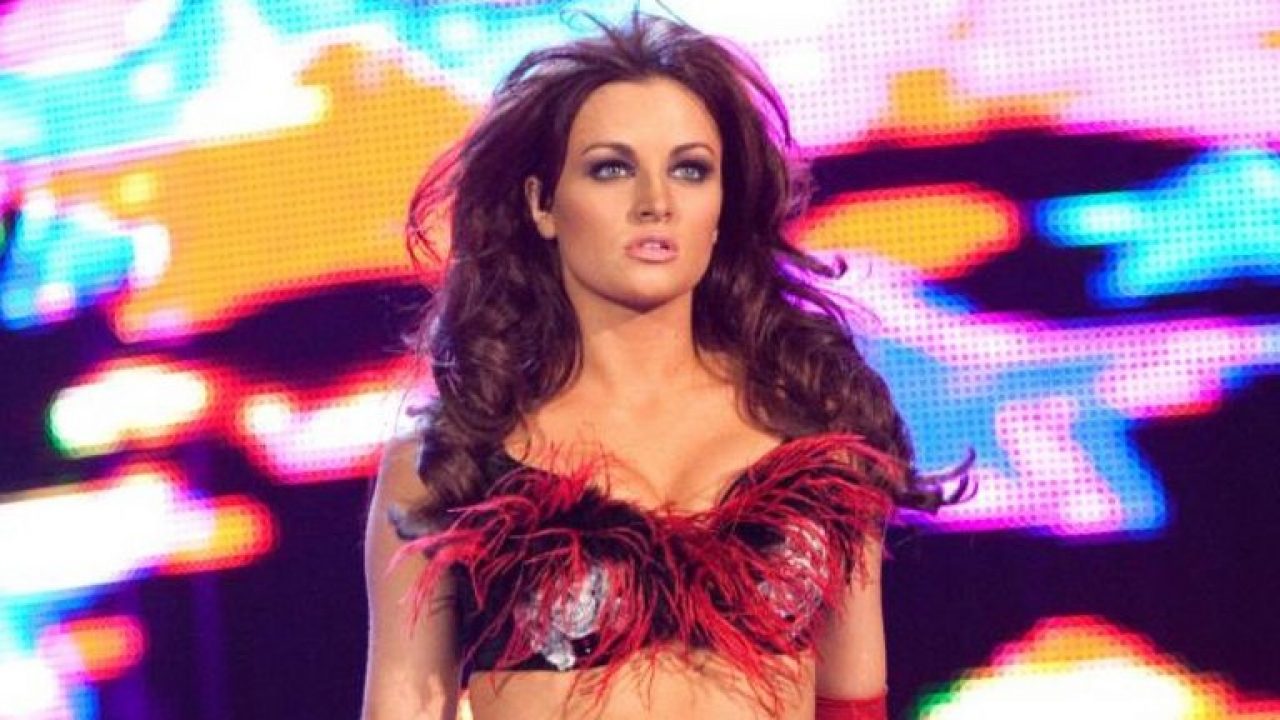 None can deny that Maria Kanellis is one of the gorgeous female stars to step into WWE. So she also experienced stories with WWE Superstars as well as outside of the company. For those who don’t know, Maria Kanellis had a history with Karl Anderson from New Japan. It could have garnered positive reactions within the WWE Universe. For some unknown reason, WWE didn’t want to pay homage to that history with Anderson.

“Machine Gun” gimmicked Karl Anderson had an infatuation with Maria Kanellis while they were in New Japan Pro Wrestling. Back then, Maria used to call herself the First Lady of NJPW portraying the character of a hit lady who would always distract her husband Mike Bennett’s opponents. The reactions from both Kanellis and Anderson resulted in an animated gif that is very much popular on the internet.

So upset we never got any interaction with you and Karl Anderson on your last run.

Maria Kanellis re-posted that gif. A fan responded to the tweet and Maria ended up giving a suitable reply to him. The fan seemed upset about why WWE kept Maria Kanellis and Anderson separate on television. The response from Kanellis was that “WWE hates money”. You can’t deny the logic given by the first and only pregnant champion in WWE’s history. If setting up such an angle on WWE TV, the company could have garnered a ton of attention.

Unfortunately, WWE never made good use of these two during their stint in the WWE. Currently, both Maria Kanellis and Karl Anderson have just been released from the company on April 15th. So you never know, if these end up being in the same company, somewhere down the line.

As for WWE, they have only used a controversial angle around Maria Kanellis during her second pregnancy period. She denied having Mike as the father of the child which shocked the pro-wrestling fraternity and it would remain as one of the most interesting angles of 2019.