Taynara Conti may haven’t received many opportunities during her time in the WWE. But she had surely garnered attention while making the departure. Apparently, she was maintaining such an attitude that wasn’t preferred by the WWE officials. But then again, she was sitting out of the TV context for a long time and getting frustrated.

So she decided to fetch attention all by herself weeks prior to her exit. As previously reported, WWE released many superstars and other staff on April 15th. Taynara Conti was one of them who captured a few headlines just before the release because it was reported she was not happy with her position in the company.

It was reported that Taynara Conti was released from the NXT contract, weeks before the coronavirus pandemic began. But she re-appeared at an NXT house show wearing a t-shirt that said: “Released.” It was indeed an interesting way to come out as the audience started talking about her. Apparently, she also has her own reasons to do so. 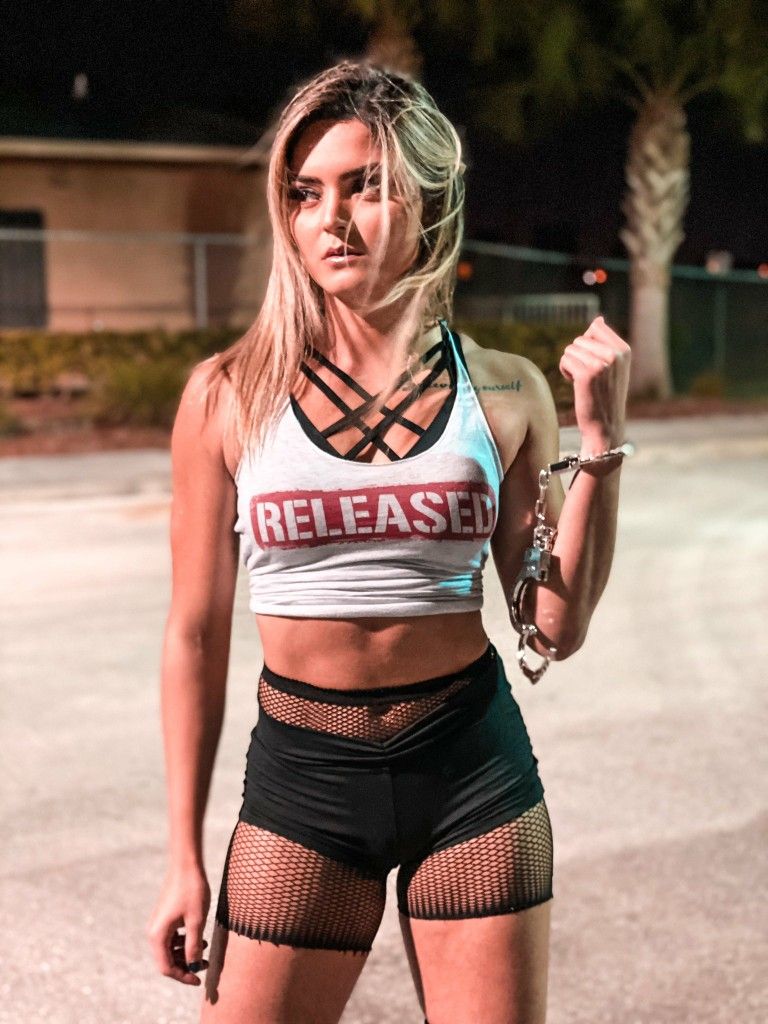 While speaking to Ring The Belle, Taynara Conti explained the reason behind sporting a “Released” t-shirt during her one-off return to NXT. She received permission to wear the shirt from her producer who also had some doubts over it. But then again Taynara Conti assured that if anyone does charge him, she can put the blame on herself.

“I was thinking ‘Well if people were saying that, why not? You know, let’s try to use and make a storyline. I want to change, they keep saying no. And I said, ‘Not this time, I’m not going to ask.’ So I didn’t ask. I made my T-shirt, although I didn’t put that on TV, you know. I’m professional enough to know that I can’t do that kind of stuff on TV. But like live events, they’re made to try new stuff. New moves, new characters.

So I didn’t ask. I just showed up with a T-shirt. Before I did my entrance, I told my producer ‘Hey, I’m using this T-shirt, is this a problem?’ I was ready to go, and said ‘Hey, is that a problem if I used this T-shirt? I had my own T-shirt in case they say no.’ But they were like ‘Uh, I don’t know.’ And I said ‘If someone gets mad, you can say that it was my choice. It’s just something that I want to try.’ And the producer said, ‘Okay, it’s on you.’ I’m like, ‘Yeah, it is. On me.’” (courtesy ringsidenews.com)

Moreover, Taynara Conti clarified that the real meaning of the t-shirt wasn’t to indicate the future separation from WWE. But rather she wanted to release herself from her former character. She was released from her previous NXT gimmick in WWE claiming that she had a more aggressive nature in the squared circle.

“So the idea for the ‘Released.’ It was not just to you know, try to piss people off, or whatever. So I put everything on paper, and I showed them my idea. Of course, at first, it was like, ‘Oh my god, she’s coming with a T-Shirt saying ‘Released.’ But then I had a backstory. I was like, ‘Well, I’m trying to say that I’m released from who I was before. And then I will be able to show my new character.”