The Undertaker returned in 2015 to settle unfinished business with Brock Lesnar. In 2014, The Beast was the one to take away his WrestleMania streak by pinning right in the middle of that squared circle. The two men faced off in at WrestleMania 30 and then went on to have a rematch at SummerSlam 2015. The match became infamous among the pro-wrestling fans as it provided some hilarious meme contents.

The Undertaker: WWE Tight-Lipped On The Big Retirement Announcement The SummerSlam contest was pretty physical given the combat style wrestling these two prefer. In between the match, The Undertaker and Lesnar did a spot that went viral all over the internet. At one point, both the men were down in the mat. Lesnar mocked Taker by doing his pendant sit up and laughing. Taker responded to it repeating the same stunt with an evil laugh.

The Undertaker said the following about the hilarious antics between the two at SummerSlam,

“We both took bumps, and then I did the signature set-up. He was up, and I sat up. He started laughing so mine was kind of an evil, sarcastic laugh back at him. I was shocked at the people’s [reaction]. They were so enthralled by the way that we were laughing at each other.”

WWE Champion Drew McIntyre Has Unfinished Business With The Undertaker 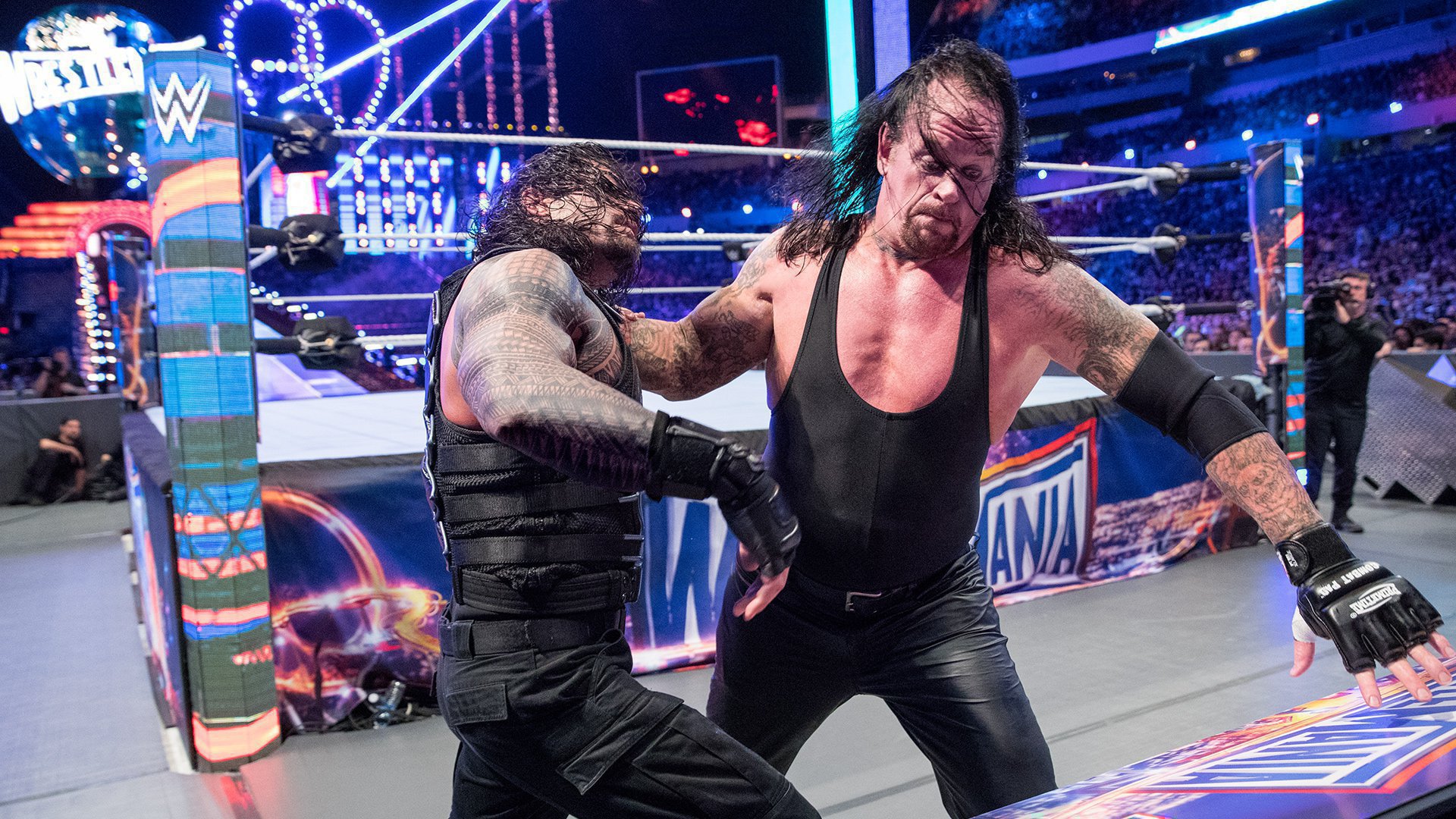 As you can see, this laugh was not a scripted one by any means. Both just followed their antics and tried to share their in-ring chemistry with the fans and in the process, they ended up creating a moment that became so much popular for the netizens. The stunt is perhaps the most talked-about meme from WWE programming.

The Phenome recently talked to Pardon My Take to address a rumor that is floating around, for years. It says that he is afraid of cucumbers. Noting on the same, Taker said that he just doesn’t like them enough to stay in the room which in turn gave birth to a legend around him. The Deadman made it clear he doesn’t stick around long if they’re around.

“OK, let’s get this straight. We’ve had a good conversation. I’m not scared of cucumbers. I just don’t like cucumbers.”

The host asked The Undertaker if he’d leave a room filled with cucumbers, “like a little kid.” The Undertaker responded that the vegetable is not that bad, but he would prefer to find the exit rather than staying in the room,

IPL Would Be Great Tournament To Go Ahead If T20 World Cup Gets Postponed: Pat Cummins

Why WWE Needs To Stop The Brand Split Now – Analysis

During a recent episode of Friday Night Smackdown, WWE teased a possible end of the brand

Jim Ross Praises Michael Cole, Calls Him One Of The Most Underrated Announcers

Smackdown – Charlotte Flair Explained The Meaning Of Her Recent Tattoo