WWE’s spree of signing mainstream sports athletes continues as they have now bagged one of the most decorated Football players of all-time. According to The Wrap, Former NFL player and one of the WWE celebrities in the recent past, Rob Gronkowski has signed with WWE. He is all set to appear at WrestleMania 36 next month after making the debut on SmackDown.

It was noted that The former New England Patriots member has now signed a contract with WWE. He will be making his official debut during the March 20th episode of SmackDown on FOX that takes place at the Smoothie King Center in New Orleans, Louisiana.

WWE Wrestlemania 36 Could Be Cancelled Due To Corona Virus Outbreak?

There’s no update available on which role WWE intends to use him upon his first appearance. Previously, during a number of interviews, Rob Gronkowski openly admitted his wish to join the WWE, someday.

Additional reports suggest that Rob Gronkowski making a WrestleMania 36 appearance will eventually lead to his first wrestling match in the squared circle,

“Gronk is also scheduled to appear at WrestleMania 36. It was noted that current plans for the WrestleMania 36 appearance will lead to a future match for the three-time Super Bowl champion. Gronk is not scheduled to wrestle on The Grandest Stage of Them All this year, but that appearance will lead to the match they have in mind.” (courtesy wrestlingINC.com) 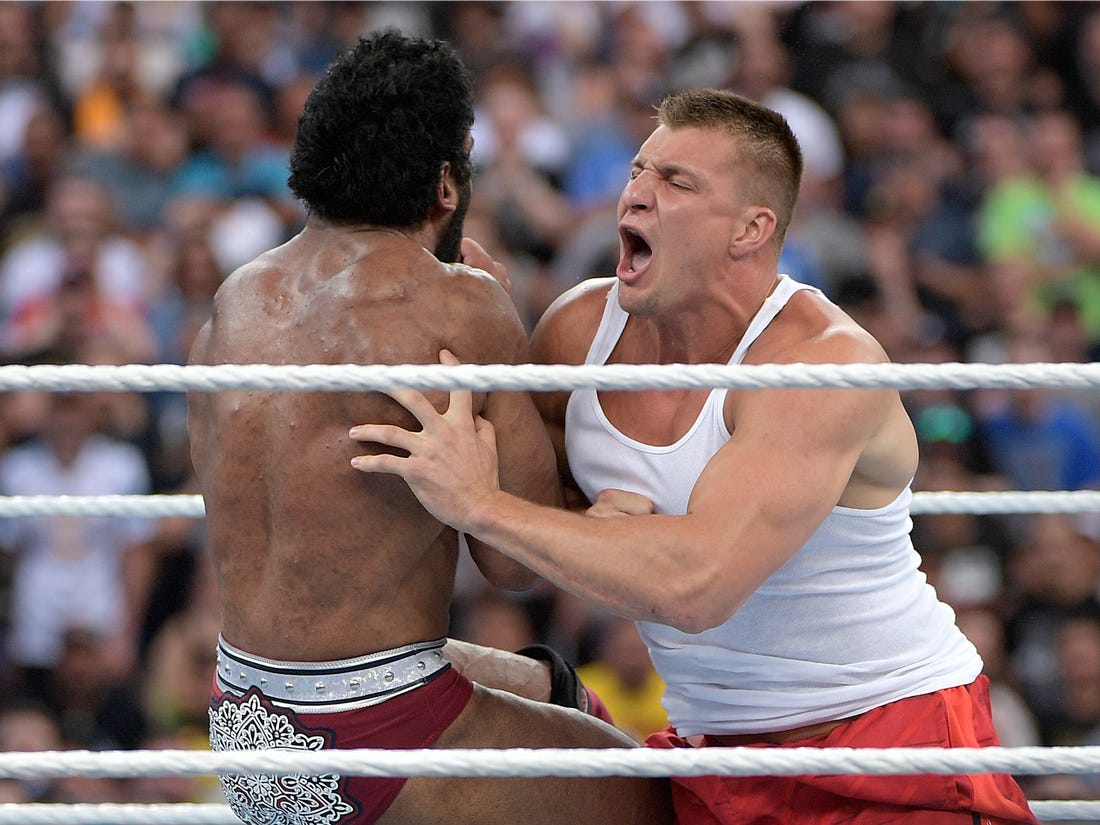 Rob Gronkowski is a self-proclaimed pro wrestling fan and a good friend to WWE Superstar Mojo Rawley. He made his first WWE TV appearance at WrestleMania 33 back in 2017, to help his buddy win the 4th Annual Andre the Giant Memorial Battle Royal. This led to a couple of more show-ups for him on SmackDown.

Moving forward, the 30-year-old Rob Gronkowski retired from the NFL one year ago and signed with FOX Sports as an analyst back in October. The Wrap reached out to FOX whether this new WWE deal will impact Gronk’s NFL work. But no such confirmation was during this matter. It is also unknown at this point whether the deal is for a full-time basis or not.

Prior to this report from The Wrap, Ryan Satin revealed on this week’s episode of WWE Backstage on FOX that Rob Gronkowski was close to finalizing a WWE deal. So it was apparently confirmed in due course.

Heading into WrestleMania 36, this news will garner attention on WWE TV, without a doubt. Plus, Gronk could be used as a mainstream celebrity on Friday Nights to pull up the SmackDown viewerships and TV ratings.