He has the advantage heading into the match as he gets to pick the stipulation for it. But he has already mentioned on Raw how he doesn’t want to reveal it until the PPV event airs, this Sunday. With his illustrious past with the champion, the rivalry did receive an organic buildup.

Meanwhile, WWE is also promoting this matchup using their social media accounts. Earlier, the company put out a post on their Instagram account showed a photo of Dolph Ziggler holding the WWE Championship with the caption, “A glimpse into the future?”

In the comments section, WWE legend The Rock shared his thoughts on seeing the show-off becoming a champion once again. Here’s what he wrote,

“I’d co-sign this decision [one-hundred percent]. Talented dude and always has a spark in his presentations.”

Billie Kay Revealed Her Friendship With WWE Legend The Rock

A glimpse into the future? @heelziggler ?

Drew McIntyre noticed this and responded to The Great One saying, “It doesn’t matter what you think,” copying one of The Rock’s signature lines.

It should be noted that many around the WWE Universe don’t like the fact how the company wasted a talent like Dolph Ziggler, over the years. This man has all the tools to become a top superstar in the company but unfortunately, he wasn’t utilized more than just a jobber. For sure, he became world champion in the past but that stayed as a one-off occasion.

Moving forward to Extreme Rules, chances are extremely high that McIntyre will retain his WWE Championship against Dolph Ziggler and then head into Summerslam main event. The show-off, on the other hand, will go back to feature in the mid-card title picture, as always. Perhaps, his time of becoming a world champion is over in present circumstances. 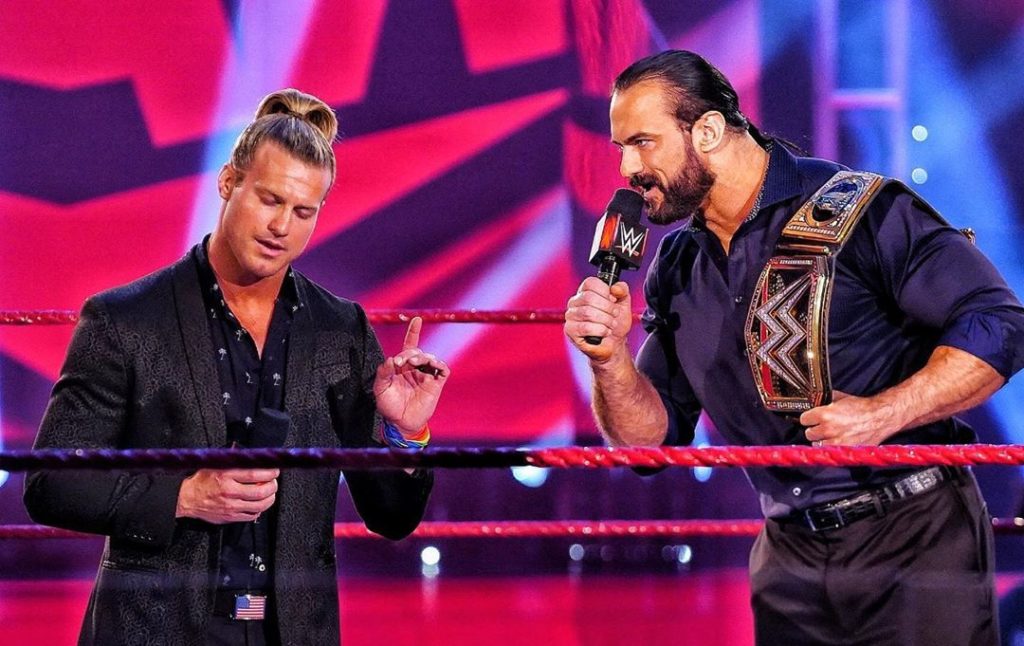 The current number one contender for the WWE Championship, Dolph Ziggler, sat down with talkSPORT before this Sunday’s Extreme Rules pay-per-view. During the conversation, he revealed an interesting story from the past where WWE officials told him that his blonde hair is the reason why he isn’t credible to become a World Champion.

“One time a long time ago, I was told the reason I’m not credible for world championships – this is 10 years ago, maybe longer, whatever – the reason I’m not credible enough to be winning world championships is because of my hair. Not because I get beat up, not that I lose every match, not that I don’t talk. It was because of my blonde hair,” Dolph explained.

“So it got cut short and dyed black and I was serious, I went out there and beat the hell out of Santino, and it was the dumbest thing I’ve ever done. I didn’t want to do it. I said, ‘This isn’t me, we can find a way to introduce more of my shooting background and things’. Nope.”