The latest bygone episode of The Undertaker’s documentary series, The Last Ride, came up with some exclusive footage from the night after WrestleMania 35. After ‘Taker missed the biggest event of the year, many started speculating about the in-ring career of The Deadman but he has risen the very next night to have a stand-off against Elias. 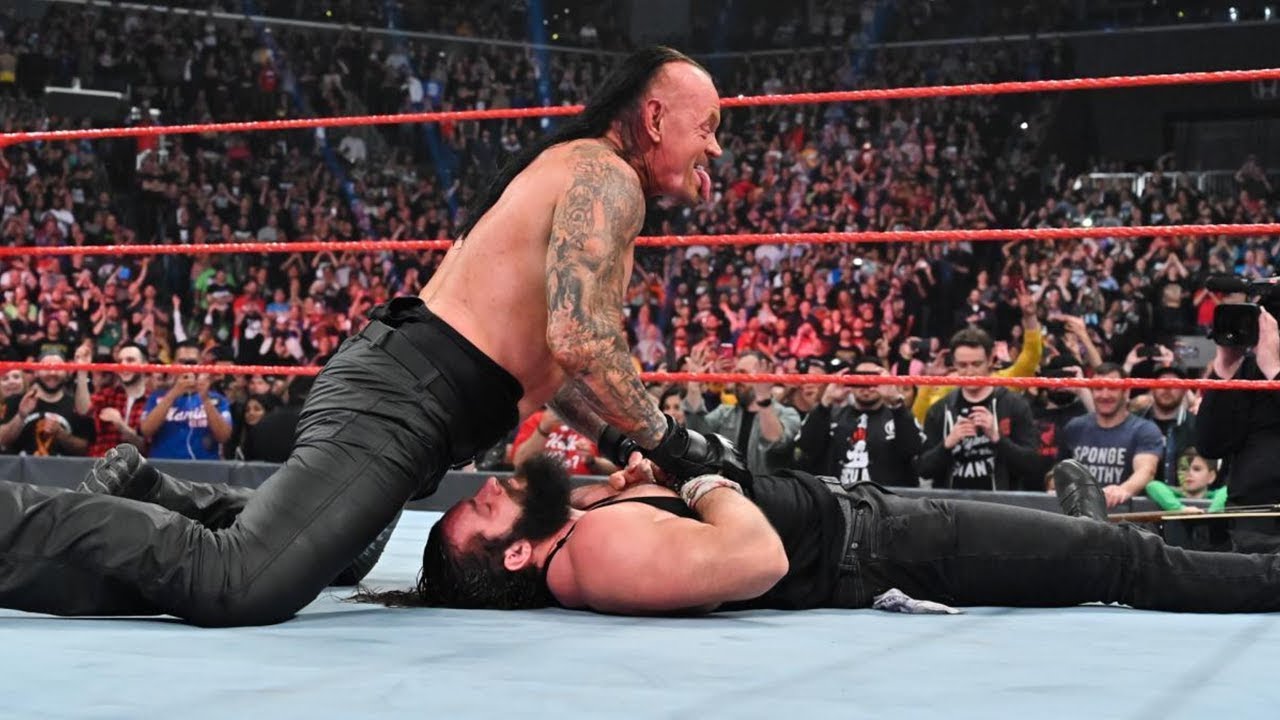 The Drifter would dare to take the name of a Deadman after which the gong hit the arena to give everyone sitting in the arena, goosebumps. The Undertaker would proceed to deliver a chokeslam and Tombstone Piledriver to Elias. As revealed in the documentary, the exchange would then set up a matchup between the two Superstars at WWE’s 2019 Saudi Arabia event, Super ShowDown in June.

While talking through his Instagram account, Elias revealed how a match was “set to happen” in Saudi Arabia as WWE planted the seeds of the match by hosting that segment. He remembered how everything about that night was “electric”. But plans changed in due course where Elias was removed from the card. The Undertaker would then go on to face Goldberg in a singles contest.

“Myself and The Deadman have crossed paths multiple times since I’ve been here, and I hope it’s not the last,” Elias wrote. “There is a great story to be told both on-screen & behind the curtain. He’s one of the greatest to ever do it,” Elias said on missing the opportunity to be in the ring with The Undertaker.

Elias v Undertaker was set to happen in Saudi shortly after this segment. Everything about this night was electric. THINGS CHANGED. Myself and The Deadman have crossed paths multiple times since I’ve been here, and I hope it’s not the last. There is a great story to be told both on screen & behind the curtain. He’s one of the greatest to ever do it. Check out @Undertaker: The Last Ride on the @WWE network to learn more about the man behind The Undertaker.

The fourth episode of The Undertaker: The Last Ride was released this past weekend, immediately after Backlash. The series has provided an in-depth, behind-the-scenes look at the illustrious career of The Phenome where he reflected on his legacy and wanting to accomplish more in pro-wrestling. The final episode of the documentation will be available on the WWE Network on Sunday, June 21. The same documentary has also revealed that The Undertaker was extremely frustrated with the matchup against Goldberg at Super ShowDown which appeared to be a failure. Following this, he decided to show up in a match, as early as possible to erase the bitterness about the bygone match. Thus he competed at Extreme Rules 2019 to pick a win over Shane McMahon and Drew McIntyre by teaming with Roman Reigns.