When Would Goldberg Consider His WWE Retirement Match?

It’s pretty amazing to think that Bill Goldberg is headlining Wrestlemania 36 even at 53 years of age. WWE considers him to be the best marketing superstars when it comes to delivering a marquee match at the show of shows.

Thus, he dethroned the earlier considered main-eventer The Fiend Bray Wyatt and won the Universal Championship at Super ShowDown. This, in turn, set up the main event match that we have never thought of seeing. 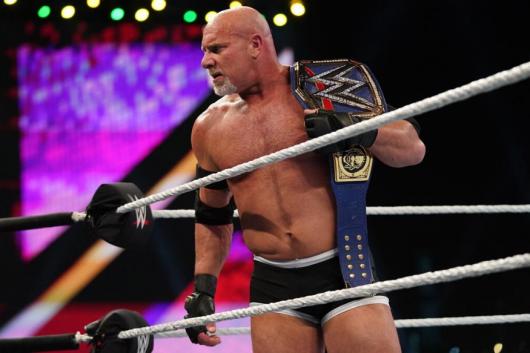 Goldberg will now be challenged by Roman Reigns at Wrestlemania 36 with his coveted prize hanging in the balance. The majestic ‘spear vs spear’ bout will decide the fate of the Universal Championship at the showcase of immortals.

As reported earlier, WWE is thinking of putting over the current franchise player using the former WCW franchise who is inching closer to retirement. It’s almost certain that Goldberg will drop the belt to the Big Dog on April 5th.

Then the questions transformed into what’s next for The Myth who once held an undefeated streak. Goldberg can’t continue his wrestling stint forever. The inhuman persona he portrays is for the on-screen purpose which is pretty different from real-life. With that being said, the elephant of the room had to be addressed.

In a recent interview with Total Slam Podcast, Goldberg said that he is Jewish by religion. So he and his agent are considering having his retirement match in Israel,

“I’m considering my retirement match in Israel. As a matter of fact, my agent and I talked about that a minute ago and that’s a big topic of conversation right now, so its something we’re going to consider.”

To date, WWE has not hosted international live events or shows in Israel. It means Goldberg will have to wrestle for another promotion in his final match or arrange a show on his own so that he will be able to have his retirement match in the Middle Eastern country.

That time may not be arriving sooner as Goldberg wishes to wrestle until WWE does not back down from bringing new challenges. In a recent conversation with WWE’s The Bump, the Universal Champ stated that as long as he thinks he can deliver in the ring, he will show up in wrestling capacities,

“Just like I mentioned to someone yesterday saying: ‘Hey when are you gonna hang it up?’ The fact is that if I get a phone call [from WWE] and I can still do what I did back in the day and bring it to at least an acceptable level then I’m not gonna say no.

I’m a defensive lineman. I’m a meathead by trade so if you give me, you know a challenge I’m gonna take it.”