The battle between the cornerstone figures of the WWE has always been considered as dream matches that can also be considered as ‘passing the torch’ contests. Hulk Hogan was the so-called franchise of the older WWF promotion while John Cena took that role to new heights during his prime time in the late 2000s.

Both of them eventually featured on TV at the same time and the match between John Cena and Hulk Hogan has also been nurtured. But the match has never turned out to be a reality because of a fallout with WWE and the Hulkster as a result of which the latter left the company. 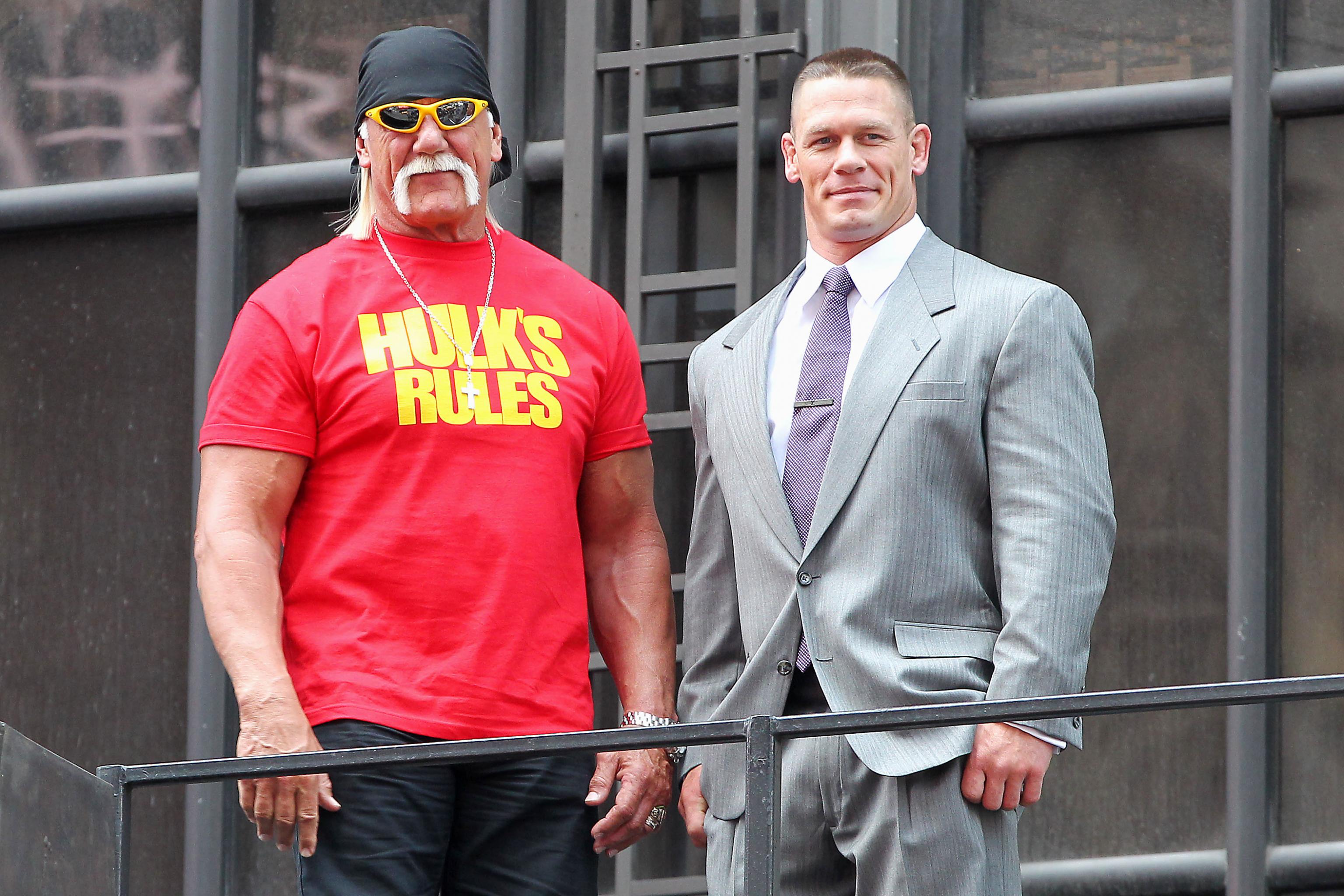 During the latest episode of Something To Wrestle Podcast, the current creative head in WWE Bruce Prichard discussed Hulk Hogan’s return to WWE in 2005. At that point, John Cena was on top of his game being the WWE Champion and the new face of the company. So The Immortal One was impressed by him.

Prichard noted that Hulk Hogan showed interest to work with the Cenation Leader in a solo match while working with him on TV in a 6 man tag team match. The officials have also taken that match under consideration but then Hogan walked away from the WWE brand.

Hulk Hogan saw the potential in John Cena and immediately began discussing a future match with him. But the future plans weren’t put up together as Hogan left after defeating Shawn Michaels at SummerSlam 2005.

Below is what Prichard informed on his podcast,

Hulk was already gone before we could (book the match against John Cena).”

After WCW was taken over by Vince McMahon, Hulk Hogan found his way back to the WWE in the early 2000s. He had a couple of compact title-runs back then but the most significant part of his tenure was the match against The Rock at WrestleMania 18.

The battle between the two icons is often dubbed as the most electrifying match in sports entertainment that took place in Canada. One more such bout could have taken place against John Cena but that didn’t turn out to be the case.