Crossover things have become pretty common things in WWE where we get to see athletes from different sports trying their luck inside the squared circle. The company tries to bring as many names as possible since it garners a ton of mainstream attention from the media. It brings us to speculate again whether we could see two UFC fighters in WWE ring, someday. 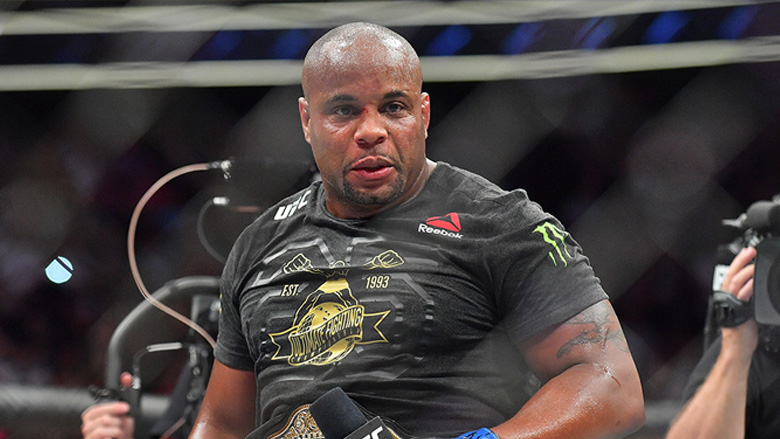 While speaking to TMZ, WWE Hall of Famer Triple H spoke up on the issue. He discussed the possibility of bringing in Daniel Cormier and Conor McGregor to WWE, someday. There have been a lot of rumors available on the internet that someday WWE would love to book them in pro-wrestling matches.

According to Triple H, both men joining the company is very much possible. While speaking about Daniel Cormier, he mentioned having a conversation on the ESPYS red carpet, last year about a potential signing. Be it in a commentary role or as a wrestler, WWE would love to use him, by any means possible.

“I love Daniel. We’ve obviously talked a lot in the past. We’ve had conversations about him doing stuff with us in the past, whether that’s in-ring or whether that’s commentary or doing different things. But he’s doing what he’s doing. And if he decides that he’s done or wants to leave UFC, yeah, I mean, I love him.

Every time we see him, we have a great conversation. I think the last time I saw him in person was we were at the ESPYs on red carpet. We talked for a while, and I think he just — he’s just an entertainer.

He’s a natural-born entertainer, and I think that comes out in his personality, even though sometimes when he’s in the fight zone, it’s different. But when he’s on cans doing commentary or whatever, he’s just a good. And I think that’s what makes him good at commentary. He’s like a guy like I’d like to sit on my couch and watch a fight with him.”

Back in the summer of 2018, rumors were fueled up about WWE willing to book a fight between Daniel Cormier and Brock Lesnar in a WWE ring. It was a dream match that never took place inside the Octagon. The initial buildup for the match has also begun when these two confronted each other during a UFC pay-per-view event. But that plan never came to fruition.

As for Conor McGregor, Triple H thinks, his WWE stint is a match made in heaven. Although the Notorious One went bad-mouth about WWE and its scripted environment, that beef won’t be an issue for McGregor showing up in a WWE ring, somewhere down the line,

“I think that Conor McGregor versus Vince McMahon with that Billion Dollar Walk on the line? I think that’s a match made in heaven! Yeah, you know, guys like him, there’s a lot of interest from a lot of — I think the nature of what we do, even entertainment and everything we do, it lends itself to combat sports.

Yes, the styles and the fight itself, but the entertainment component, that ability to capture people as a personality, that’s what really makes those fights. Same in our business. If you can transfer that over and be really larger than life. That’s the key.”