WWE Raw Women’s Championship match at Extreme Rules 2020 at “The Horror Show at Extreme Rules” pay-per-view ended in a controversial fashion. It left us wondering whether we have got a new champion as Sasha Banks left with Asuka’s belt.

She self-proclaimed to be the winner whereas WWE seems to have a different take on the situation. As per them, Asuka is still the reigning WWE Raw Women’s Champion.

The title match at Extremer Rules had Asuka defending the title from the red brand against Sasha Banks, who is currently holding WWE Women’s Tag Team Titles with SmackDown Women’s Champion Bayley. Asuka was in severe control of the match and had her opponent tap out to the Asuka Lock. But Bayley distracted the referee hitting a Bayley-to-belly on Kairi Sane.

The finish then witnessed Sasha Banks arguing with the referee before Asuka came from behind to spit her green mist on Banks’ face. The Boss dodged the blow and the mist hit the referee’s face, blinding him.

Bayley then rushed back to the ring when Asuka was still forcing Banks to tap out to the Asuka Lock. She ripped off the referee’s shirt, put it on, sent the referee out to the floor, and then counted Banks’ pin on Asuka to declare her the winner at Extreme Rules.

Bayley then instructed at the timekeeper to ring the bell but he wouldn’t. She went back to the timekeeper’s area and then threatened him to ring the bell which he finally did. WWE officials did not announce a new champion, declare a match outcome. But Bayley handed her the RAW Women’s Championship. As the duo left with all the gold, leaving an angry Asuka inside the ring. 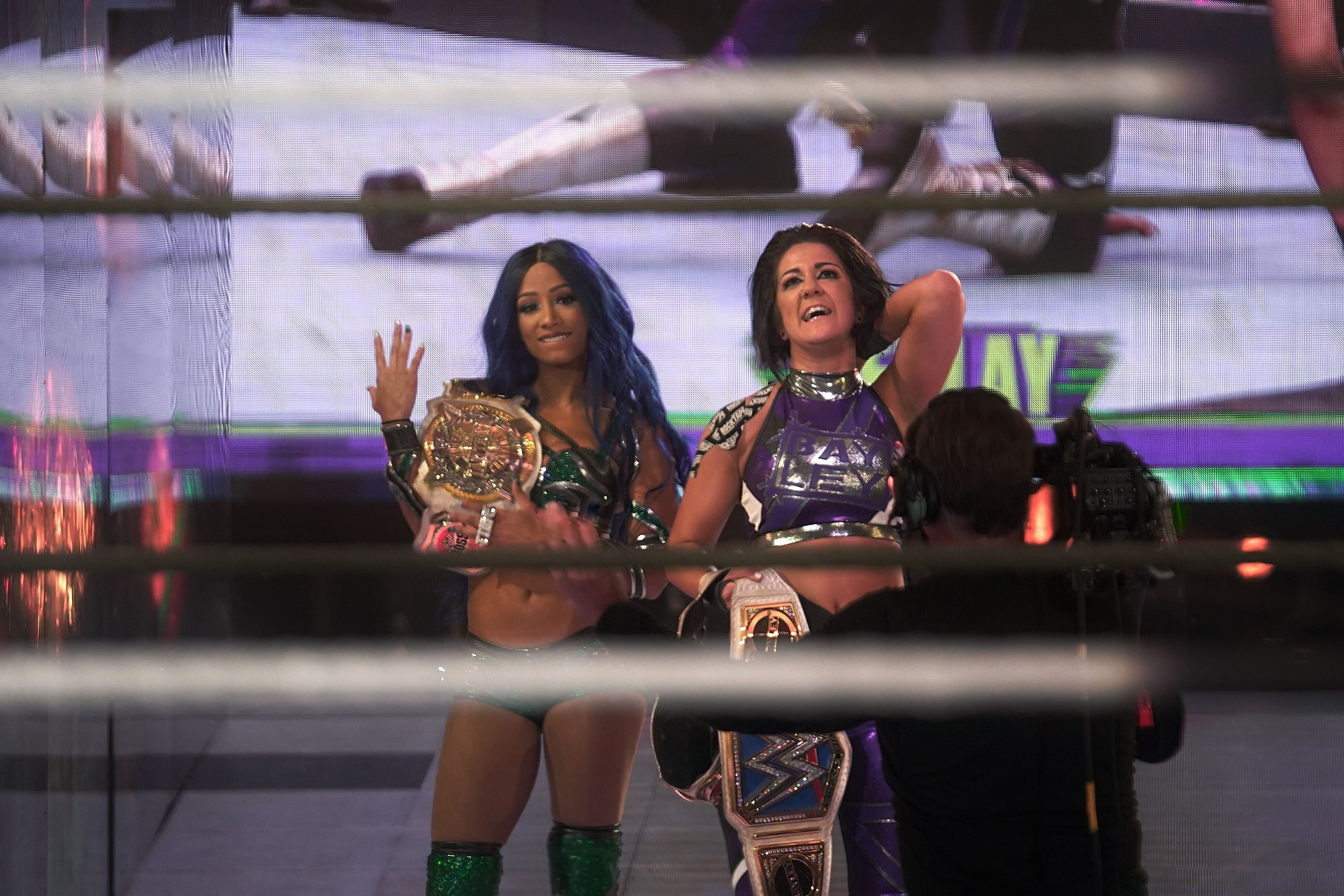 WWE released a post-show video of interviewer Sarah Schreiber catching up with Banks and Bayley where they promised to explain everything when they throw a celebration on RAW in honor of their victory.