The main event for the upcoming episode of WWE Raw has been announced during this week’s episode of Smackdown. A Champion vs. Champion match will go down on Monday’s taped edition for the show to be aired on the USA Network.

The match will witness WWE RAW Women’s Champion Asuka compete against WWE Women’s Tag Team & SmackDown Women’s Champion Bayley. So this would a champion going against a dual-champion, producing yet another cross-brand affair as WWE.com stated the following, 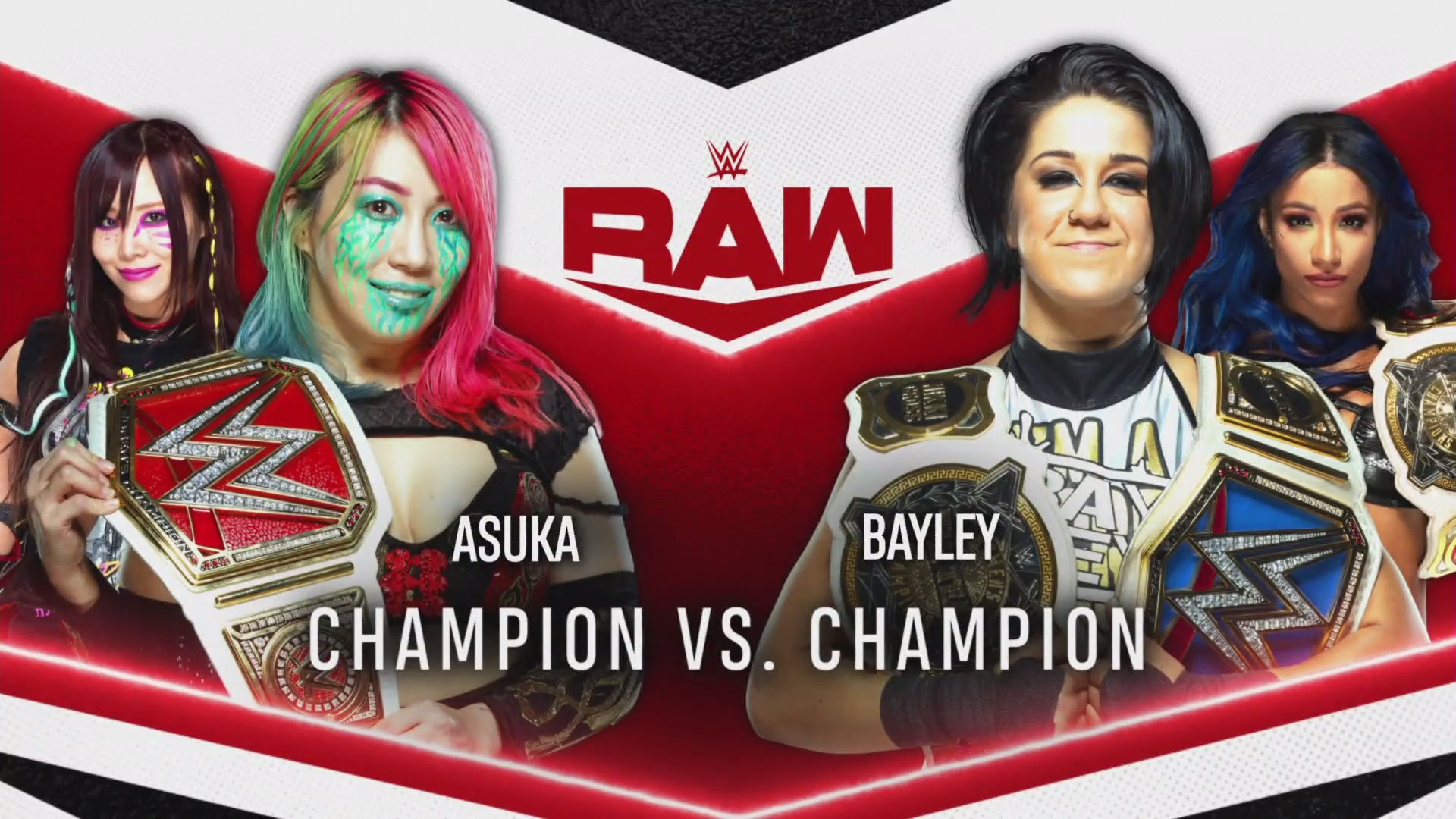 “When you mess with one member of “The Golden Role Models,” the other won’t be far behind. After Asuka derailed Sasha Banks’ match against Io Shirai with a green mist attack, Bayley & The Boss were livid and promised that The Empress of Tomorrow was going to pay.

Who will reign supreme when the two elite titleholders battle on the red brand?”

It should be noted that Asuka is already set to defend her title at Extreme Rules: The Horror Show PPV against the other half of women’s tag team champions, Sasha Banks.

Meanwhile, the champion vs champion showdown on WWE Raw was announced following what transpired on this past Wednesday Night. Asuka appeared on NXT helping the WWE NXT Women’s Champion Io Shirai defeat Bayley’s partner Sasha Banks during the main-event of Great American Bash. She wanted to send a message to her Extreme Rules challenger by spitting the green mist into her face. 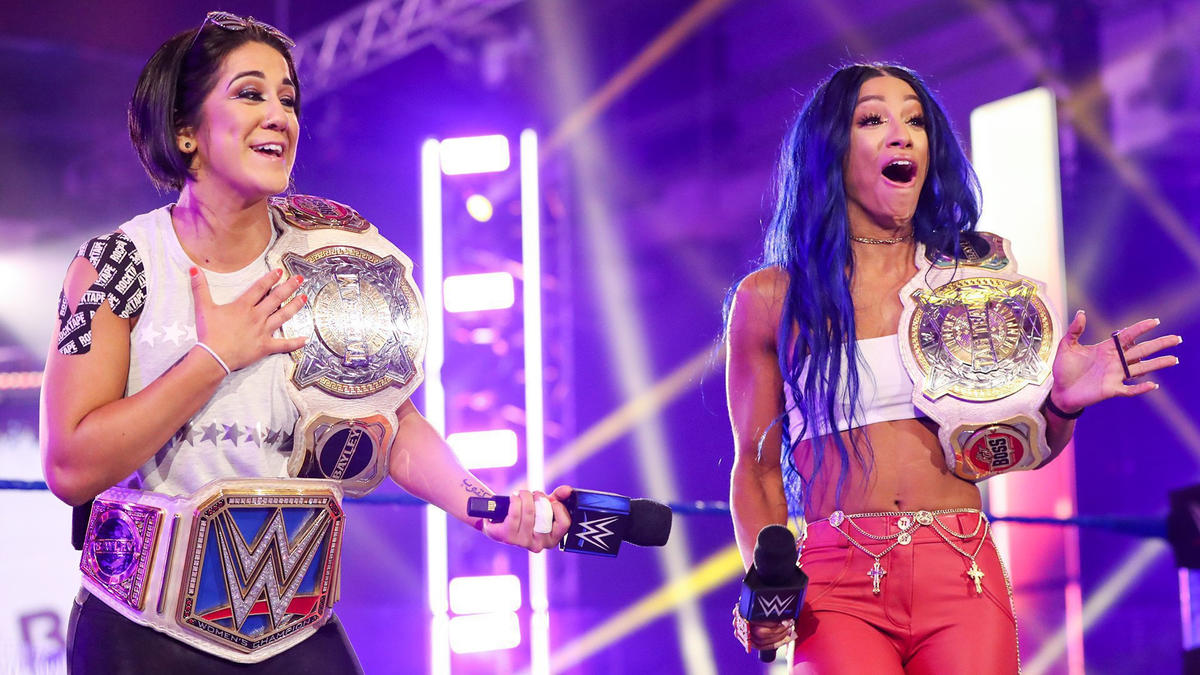 On a related note, Sasha Banks and Bayley are dominating the women’s division for the past few months. They have also proven to be the workhorses of the WWE by working on all the three TV shows that WWE presents, each week. (WWE Raw, Smackdown and NXT) While speaking Justin Barrasso of Sports Illustrated, Banks stated that it’s easy for her to work all three shows at the WWE PC rather than wrestling five days a week in different cities.

“I used to wrestle five days a week,” Banks said. “It’s nothing new. Working three times a week is easy for me. If I need to work Raw, SmackDown, and NXT, then that’s what I’m going to do.”