Rey Mysterio’s retirement ceremony hosted by Seth Rollins was supposed to be the headliner of this week’s episode of WWE RAW. Rollins was scheduled to feature in a match against Aleister Black. A Champion vs Champion match took place on the show alongside a United States Championship match. Check out the results from the show that took place at the WWE Performance Center in Orlando, Florida. 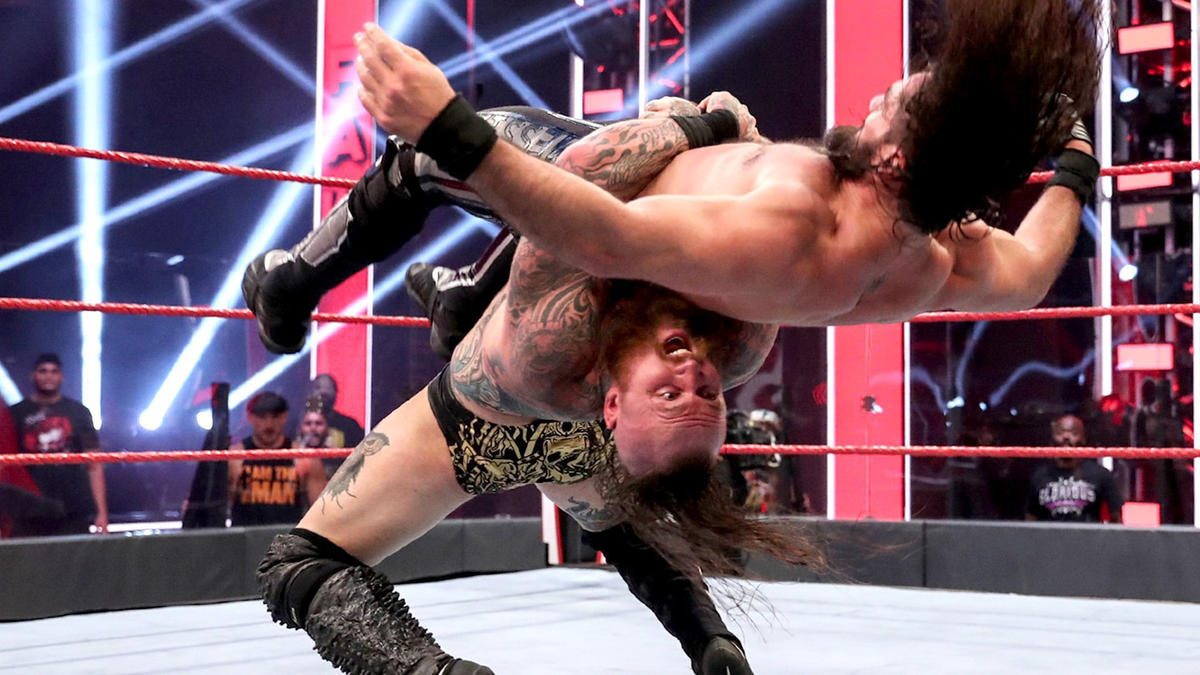 Seth Rollins kicked off WWE Raw cutting a promo on Rey Mysterio retirement ceremony, later the night. Aleister Black arrived at the ring to have the scheduled match with Rollins.

Theory and Murphy were at ringside to provide a distraction but Humberto Carrillo forced them to stay away with a steel chair in hand. Distraction from him allowed Black to dodge a Springboard from Rollins and pin him for the win. After the match, Rollins and co. delivered a vicious beating on the babyfaces.

WWE United States Title Match was next on WWE Raw as Kevin Owens challenged Apollo Crews over the belt. Apollo was in control with an Olympic Slam and an Enziguiri but Owens caught him with a Superkick. Suddenly, Angel Garza and Andrade ran down to the ring to attack the two competitors to disqualify the contest.

It then led to a tag team match on WWE RAW with the lineup of Angel Garza and Andrade vs. Apollo Crews and Kevin Owens. Andrade hit a snap suplex and went for another one but Crews blocked it and hit an Olympic slam. Outside the ring, Garza sent Owens to the announce table but inside the ring, Crews hit a big Enziguiri followed by the Sitdown Powerbomb to get the win.

Billie Kay vs. Nikki Cross was the next match on WWE RAW where Kay hit a big boot to Cross for a near-fall. Cross hit back with a Running Bulldog and then went for a top rope Crossbody. Kay moved out of the way as Cross hit the ring, hard. Kay then hit the Boyfriend Stealer to pin her.

We got a promo from Rey Mysterio where his son Dominick joined his father and talked about seeking vengeance on Seth Rollins for his misdeeds.

Official statement from @reymysterio on the "retirement ceremony" from earlier tonight…

We got a video segment from WWE 24/7 Champion Rob Gronkowski’s house. R-Truth showed up as a gardener to pin him for the title and take his ‘baby’ back. 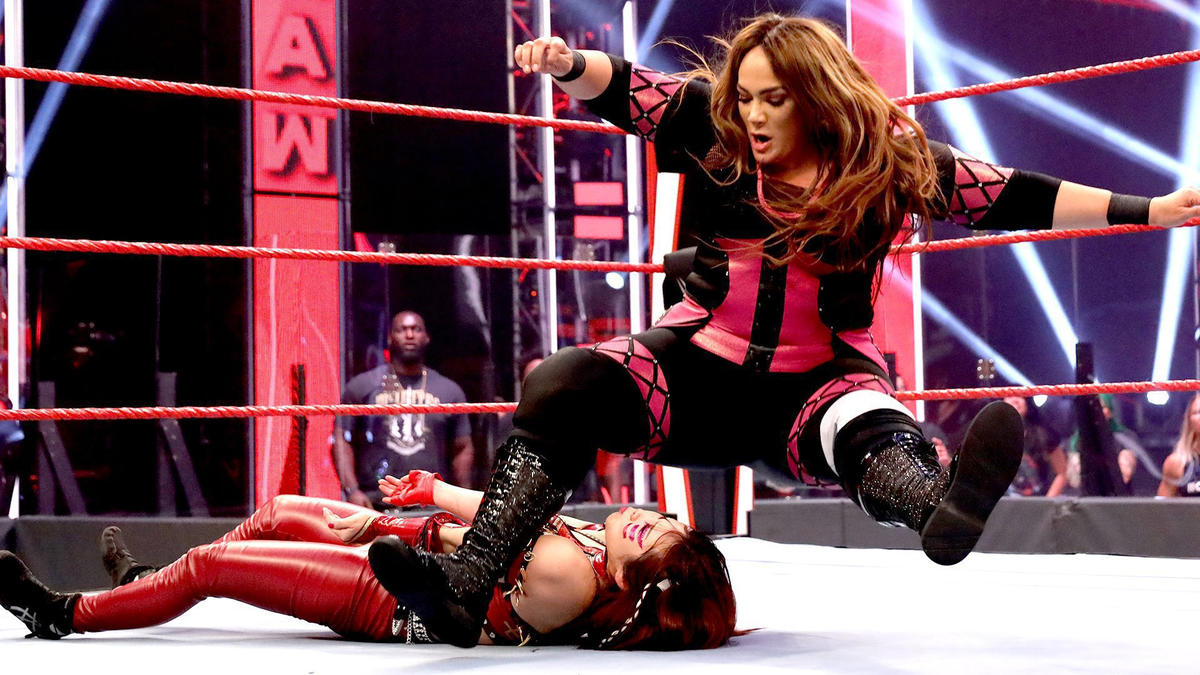 Nia Jax vs Kairi Sane was the next match on WWE RAW where Jax overpowered her opponent using her strength. Sane hit a DDT and tried to get some offenses. But Jax sent her face-first into the steel ring steps. Jax then hit a Legdrop on Sane to pick up the win. 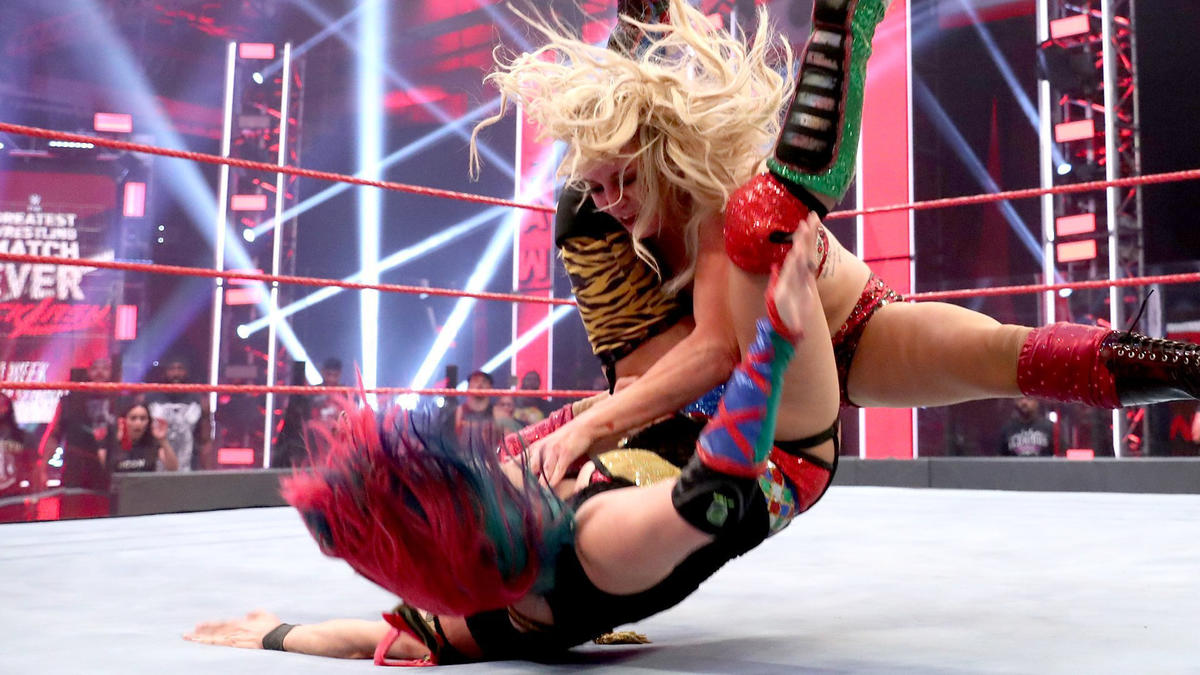 Charlotte Flair vs Asuka in a non-title match took place, next on WWE Raw. Asuka went for a kneebar submission move only to get a German Suplex. She went again for an Armbar as Flair hit back with a Sitdown Powerbomb. Flair gave a big boot to Asuka and sent her outside the ring. Nia Jax distracted Asuka and caused her to get counted out. Jax also gave a clothesline to Asuka before leaving the ramp.

Drew McIntyre vs MVP was the main event for this week’s WWE RAW where Lana and Lashley were standing outside the ring. Drew was in firm control hitting the Glasgow Kiss Headbutt on his opponent. But Lashley distracted Drew allowing MVP to throw McIntyre into the barrier.

Drew came back with a Flying Clothesline and followed up with a Claymore Kick to get the win. Soon after the match, Lashley locked in the Full Nelson on McIntyre to send WWE Raw off the air.