The first title defense for Asuka is all set for the Backlash pay-per-view event on June 14th. She will be facing Nia Jax while defending her Raw Women’s Championship for the first time since winning it, the night after Money In The Bank, from Becky Lynch. While Asuka mostly gets the upper hand in long rivalries, WWE did a good job by building Jax up to be a real threat. 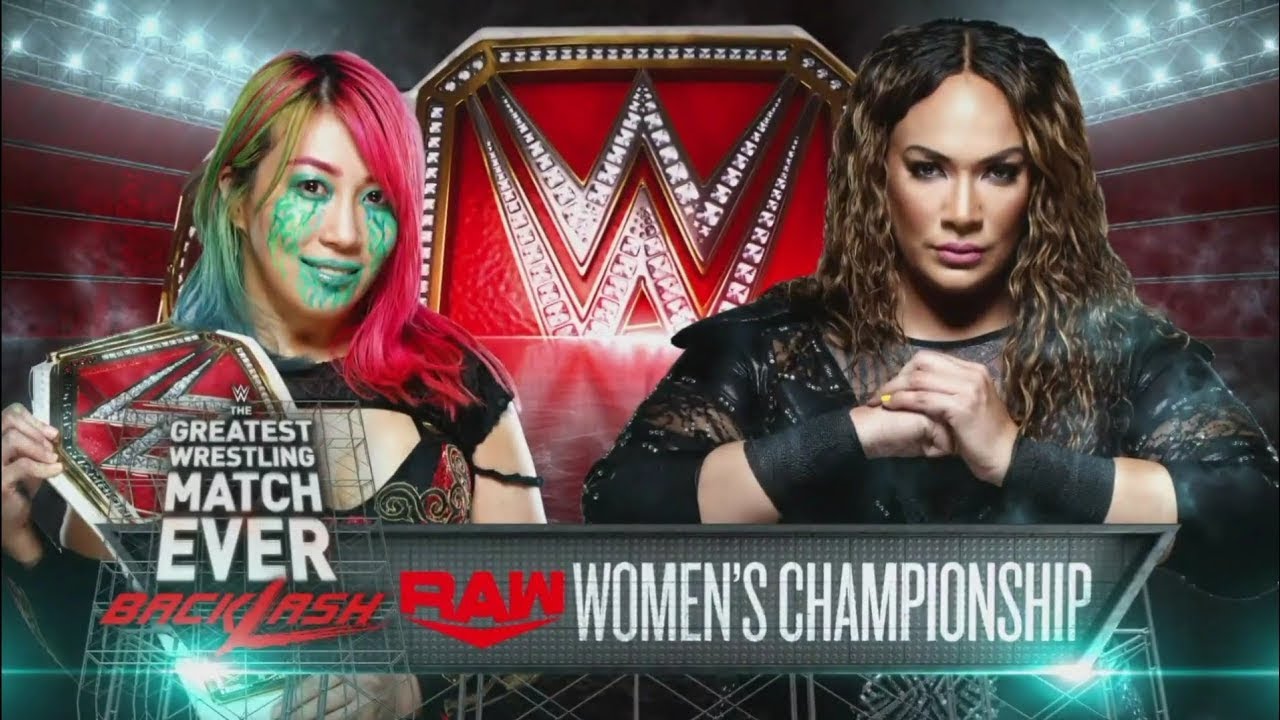 However, reports and odds are not in favor of the Irresistible Force, at all. As seen on Sky Bet, the betting odds for Asuka vs Nia Jax at WWE Backlash have been disclosed. Asuka is the clear favorite to retain the RAW Women’s Championship with 1/5 ratings. Jax, on the flip side, is the underdog with 10/3 odds who has the least chance to leave Backlash PPV with the belt.

Her chances to win the Raw Women’s Championship may have become less as she unleashed her botch-master persona, yet again. Kairi Sane reportedly suffered an injury during WWE’s Tuesday television tapings. She was wrestling against Nia Jax who forced her to take a bump into the ring steps that resulted in a busted open head for Sane. The match needed to be stopped so Sane could receive medical attention. After Sane said she was good to go, the match was re-started and finished.

During Wrestling Observer Radio, Dave Meltzer stated that he talked to several people who witnessed the spot going down and was able to give a better idea of what happened. Basically, it was not entirely Nia Jax’s fault that her opponent got hurt, as per the below comments by the source,

“[Kairi Sane] was trying to avoid her head hitting the steps, her head hit the steps. She was bloodied up. She was knocked silly. She’s okay — now okay doesn’t necessarily mean she doesn’t have a concussion. I don’t know if she does or if she doesn’t, but she’s okay. If she has another concussion you know coming off of the last one it’s not that okay.”

The singles contest between Nia Jax and Kairi Sane could air on this week’s episode of Monday Night Raw, although it’s not officially entered on the card, for now. Asuka is scheduled to compete in a WrestleMania 34 rematch on the show who’d compete against the NXT Women’s Champion Charlotte Flair.

Fans are visibly upset with Nia Jax as she was earlier involved with such in-ring incidents that ended up hurting resulted her opponent. It includes the infamous broken nose of Becky Lynch that gave birth to The Man persona, too. Thankfully though, the source reported that there’s no backstage heat on Nia Jax, this time around.