Money In The Bank pay-per-view hypes was the focal point of this week’s WWE RAW as the event is less than two weeks away. A contract signing over the WWE Championship was the headliner of this week’s show between the champion and the challenger. All the MITB ladder match performers were in action and two big returns have also marked the highlight of the night. Check out the results from the show that was hosted by the WWE Performance Center in Orlando, Florida.

Samoa Joe returned to join the commentary table as MVP hosted an edition of VIP Lounge with Money In The Bank Qualifiers, Rey Mysterio, Apollo Crews, and Aleister Black. Zelina Vega interfered with the session coming out with his three clients United States Champion Andrade, Austin Theory, and Angel Garza. A brawl broke out to set up the opening match of WWE RAW. 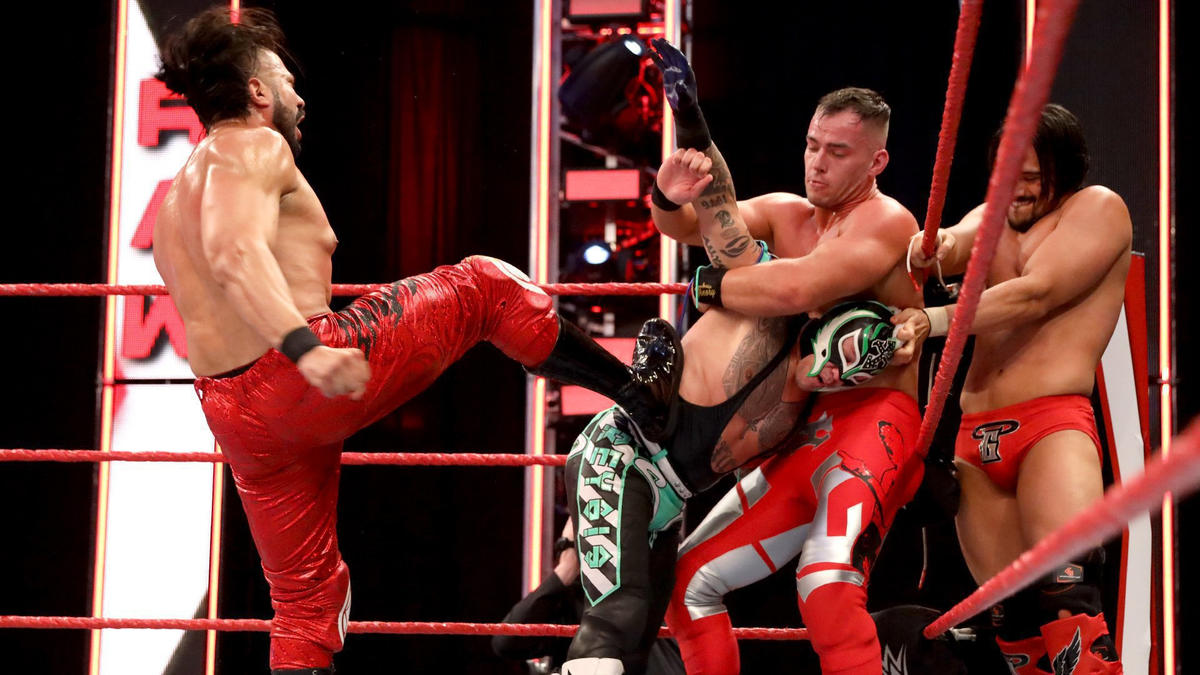 Rey Mysterio, Apollo Crews and Aleister Black vs. Angel Garza, Austin Theory and Andrade was the match lineup on WWE Raw where Crews hit a Spinebuster on Andrade. Theory tried to interfere but Black hit him with a big knee. Andrade hit a big elbow but Crews blocked the Hammerlock DDT. Crews followed with the Sitdown Powerbomb to get the win on behalf of his team.

The three Women’s division Money In The Bank ladder match qualifiers Asuka, Shayna Baszler, and Nia Jax were scheduled to have a triple threat match on WWE RAW. But the match never happened as they got into a pre-match brawl. Jax was the one to stand tall by whacking the two opponents via a ladder.

Bobby Lashley took on NXT star Denzel Dejournette on WWE Raw. Denzel slapped to the face of Lashley to make him angry. He planted him with a big clothesline followed by a Suplex. A spear earned The Dominator, an easy win.

This one's in the books. 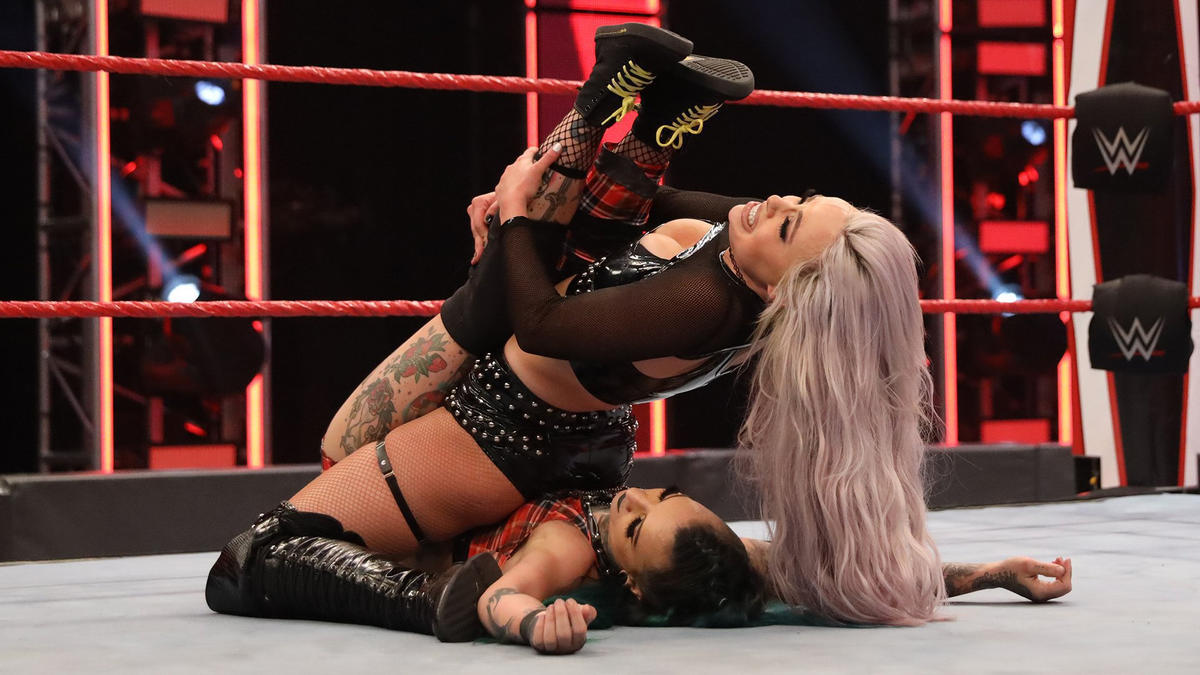 Liv Morgan vs. Ruby Riott was the next match on WWE RAW. Liv downed Riott with a big kick and backsplash. Riott countered with a Riott Kick for a two-count. After some back and forth going, Liv caught Riott with the Ob-Livion move to secure the win.

She just sent @RubyRiottWWE into ObLIVion. 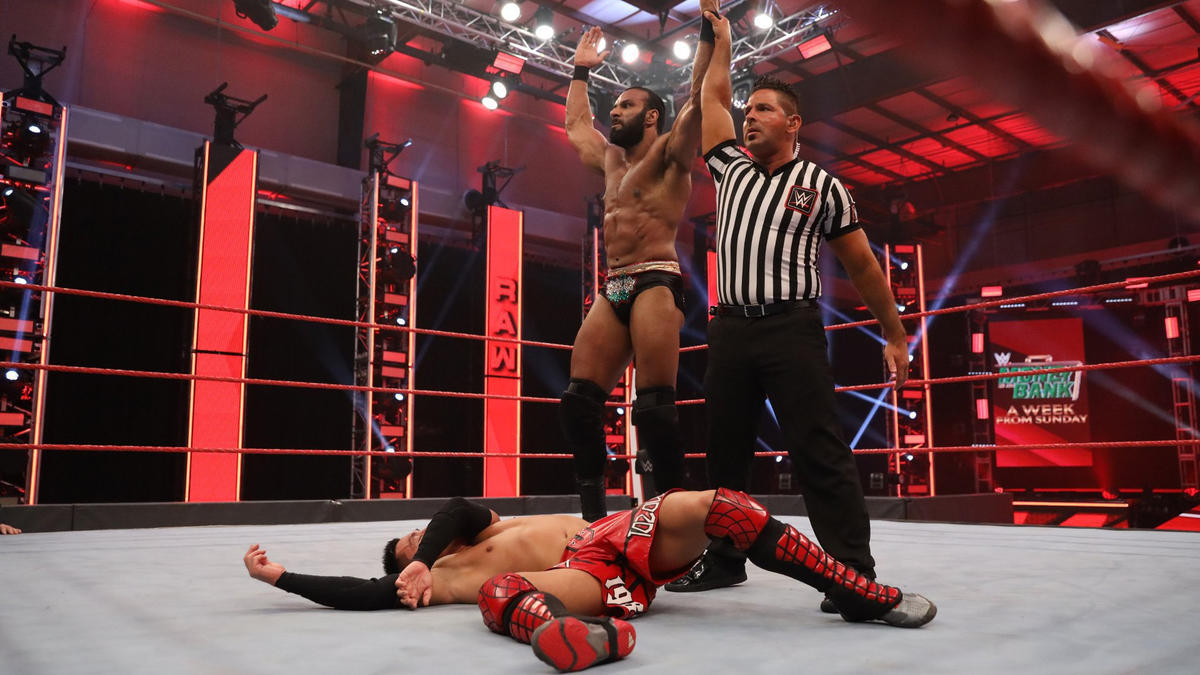 Jinder Mahal made his return on WWE Raw to compete in a match against Akira Tozawa. He dropped Tozawa with a Samoan Drop followed by The Khallas to get an easy win.

Andrade got into a heated verbal encounter with Apollo Crews, backstage to set up a US title match on WWE RAW. Crews blocked the Hammerlock DDT and hit an enziguiri. After a Headbutt, he went for the Frogsplash but missed. He landed badly on his knees and was unable to continue as Andrade retained via referee stoppage.

Cedric Alexander and Ricochet teamed up on WWE Raw to defeat Chase Parker and Matt Martel after Ricochet dropped Parker on his head with the Recoil. Once the match was over, MVP appeared on the big screen letting know that he’s the new manager for Shane Thorne and Brendan Vink on NXT. Apparently, they will challenge them in a tag team rematch, next week. 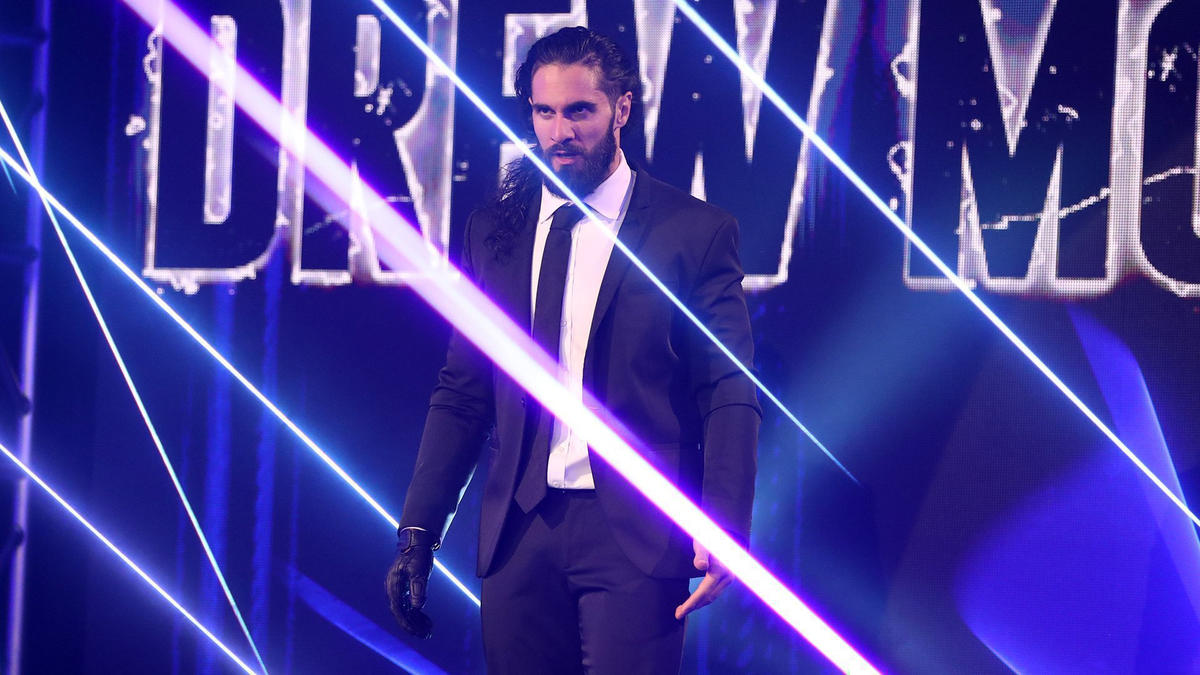 The main event segment of the show had Seth Rollins and Drew McIntyre signing the WWE Championship match contract for Money In The Bank PPV. After they signed, Rollins started to talk trash as Drew thrashed his head into the table. Murphy attacked McIntyre from behind to keep Drew down. Rollins and Murphy hugged and turned back to run into a big Claymore Kick from McIntyre who stood tall to close WWE Raw.