This Saturday AEW Battle Of The Belts 3 will go down and fans of the wrestling promotion are excited to see multiple champions in action on that night. We have already received two prior editions of this special event and now the company has already started prepping for the next and fourth edition of the quarterly event with the impending third edition.

Current AEW Women’s Champion Thunder Rosa will compete against the ally of Dr. Britt Baker, Jamie Hayter with her title on the line at AEW Battle of the Belts. This match was set up after the two women faced off in tag team action on this week’s episode of Dynamite. Hayter and her teammate Dr. Britt Baker DMD defeated Rosa and her Thunderstorm ally, Toni Storm in this match. 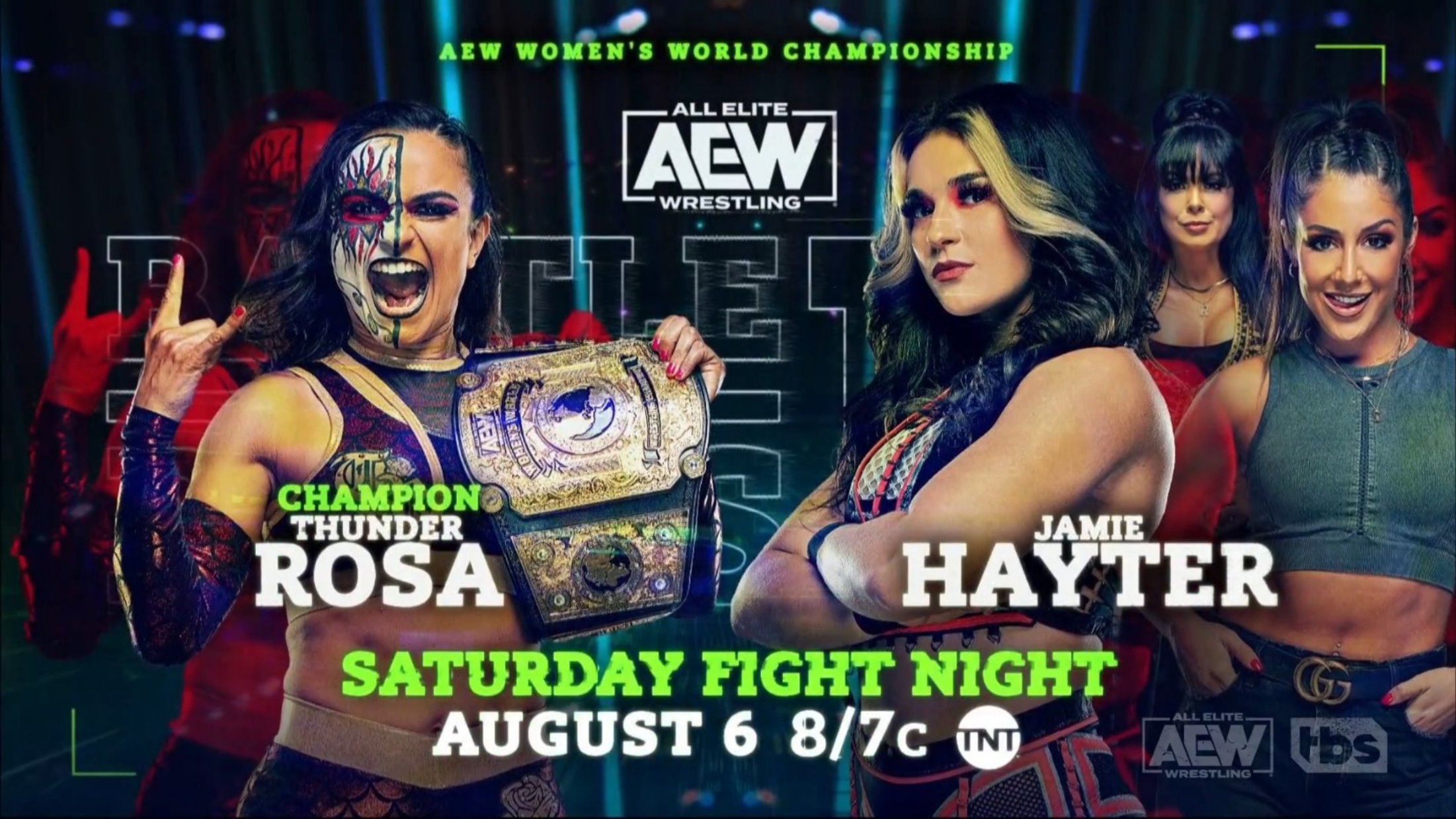 Wardlow will also be taking on Jay Lethal for the TNT Championship in another big match for AEW Battle of the Belts. This match was made official after the two had a heated verbal confrontation following Lethal’s win over Orange Cassidy.

Lethal applied the Figure Four Lock on Cassidy to try to break his leg after the match. Best Friends that ran out to the ring to check on Cassidy and Wardlow would also follow them. Lethal and allies Sonjay Dutt and Satnam Singh were sent for a retreat. Wardlow wanted to get into a fight but Dutt proposed that Lethal would fight him at the upcoming event.

Claudio Castagnoli (fka Cesaro) will also have his first Ring of Honor World Championship defense at AEW Battle of the Belts against breakout star Konosuke Takeshita. Castagnoli defeated Jonathan Gresham at Death Before Dishonor on July 23 to win his first world title in his pro-wrestling career. 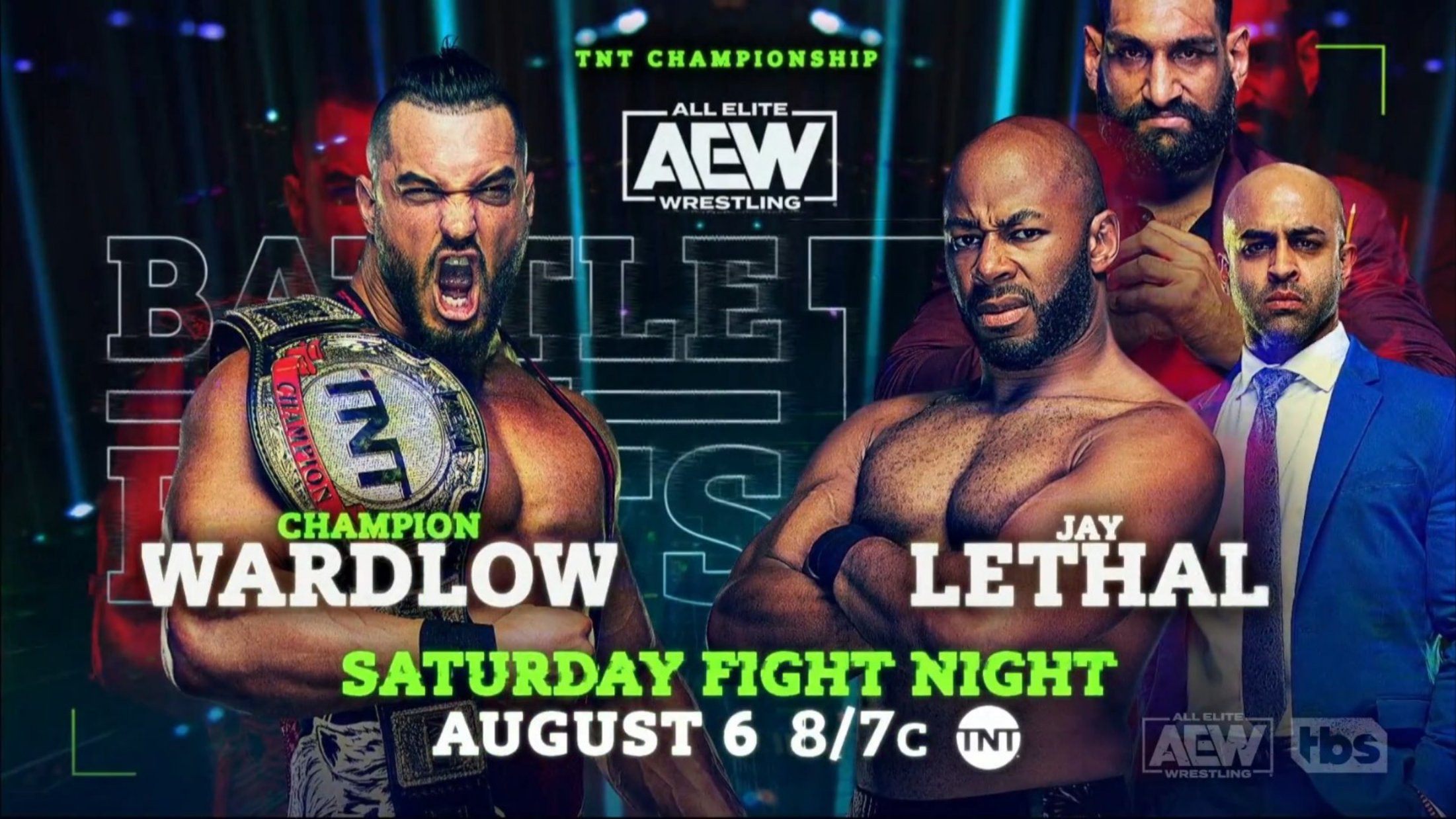 AEW Battle of the Belts III takes place this Saturday, August 6 at the Van Andel Arena in Grand Rapids, Michigan. The current match card of the show goes as follows,

* Claudio Castagnoli (c) vs. Konosuke Takeshita for the Ring of Honor World Championship

* Wardlow (c) vs. Jay Lethal for the TNT Championship

All Elite Wrestling official Twitter account has also AEW Battle of the Belts IV will be held at the Entertainment & Sports Arena in Washington, D.C. on Wednesday, October 5th.