Last night’s AEW Grand Slam was touted to be the biggest weekly Dynamite episode in the history of All Elite Wrestling. The main event was promoted to be a non-title match between AEW World Champion Kenny Omega and Bryan Danielson (fka Daniel Bryan in WWE). But that match was put in the first segment of the night.

AEW Grand Slam marked Daniel Bryan’s first-ever match in All Elite Wrestling with over 20,000 fans in attendance at the Arthur Ashe Stadium in Queens, New York. Two of the best professional wrestlers of this generation tore the house down as the fans were forced to chant “fight forever” during the match. The finishing of the match witnessed the two continue trading shots at each other as the referee called for the match bell due to the 30-minute time limit reserved for the match. Almost the entire crowd was standing on their feet during the finish. Post-match, The Elite – Adam Cole and The Young Bucks ran out to the ring to separate Bryan from Omega.

Cole and The Young Bucks then triple superkick-ed Bryan while he was down in the corner. Christian Cage and Jurassic Express – Jungle Boy and Luchasauras then headed to the ring to make the save. With a number of altercations between the two teams, it appears that these two teams are likely to collide in a future tag team match following AEW Grand Slam.

Bryan vs. Omega at AEW Grand Slam was a hit

Since Daniel Bryan vs. Kenny Omega I ended without a decisive winner, fans on social media have been demanding a rematch between the two wrestlers. Omega, the reigning champion, isn’t interested in the rematch as he tweeted the following, “Ain’t gonna be no rematch. #AEW #AEWDynamite #AEWGrandSlam.” This was also a shot to the WWE’s booking perspective which usually witnesses plenty of rematches on their programming. 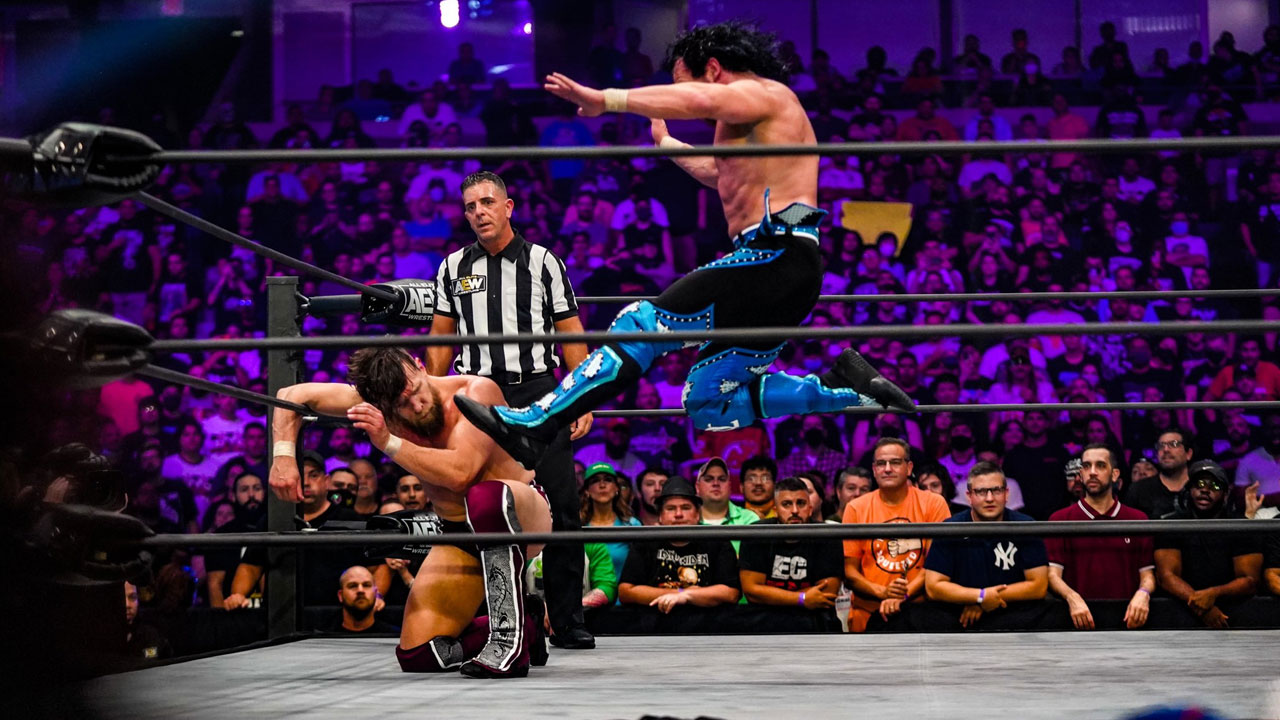 Brie Bella, Bryan’s wife and WWE Hall of Famer also reacted to her husband’s AEW Grand Slam debut by posting a quote from Bryan himself, “Fight for your dreams and your dreams will fight for you.” The statement was made by Bryan when he was cleared by the WWE doctors to make a comeback in March 2018.

As a fallout of the happening of AEW Grand Slam, Adam Cole and Young Bucks will face Christian Cage and Jurassic Express in a Six-Man Tag Team Match on Friday’s two-hour special episode of AEW Rampage: Grand Slam.

Bryan Danielson Says He Thought The Rock Would Steal His Catchphrase