Alexa Bliss vs. Shayna Baszler has been made official for this Sunday’s WWE Hell In a Cell 2021 pay-per-view event. The Hell In a Cell go-home edition of RAW saw Alexa Bliss, opening the show, backstage on her swing.

Nia Jax interrupted the segment and told Bliss that Shayna will compete against her in a match at Hell In A Cell 2021. Nia also talked about her and Bliss’ friendship but Bliss denied it, altogether. It was then when Nia challenged her to a match for later in the night.

Alexa Bliss defeated Nia Jax via DQ via Reginald’s interference on Raw. Bliss hit Jax with a DDT before connecting with a Twisted Bliss. But she didn’t get the pinfall count as Reginald pulled her out of the ring. An angry Bliss then hypnotized him. Jax ran towards Alexa to end the hypnosis.

It will be interesting to see what WWE has planned for Bliss vs. Baszler on Sunday and whether the doll Lilly will make another appearance on TV. It was noted on RAW commentary that this match will settle things between Bliss and Baszler. In addition, Bliss also told of putting Lilly in a time-out after what she did to Baszler, last week.

Alexa Bliss also plans to put Reginald in “timeout” after he interfered in her match with Nia Jax on this week’s episode of WWE RAW. The Goddess appeared on RAW Talk in a promo session to address what she plans to do with Reginald.

“Reginald needs to be put in timeout just like Lilly,” Alexa Bliss said. “When you do something wrong, you must be punished. Lilly did something wrong [to Shayna Baszler], and that’s why she’s in timeout.”

When asked “how Lilly was feeling” after being put in a timeout, Bliss said: “To be honest, you can’t really hurt Lilly. But you know some people make mistakes.

“She never liked Shayna but she always loved Reginald due to his Cirque du Soleil background. We always found him entertaining. There are certain people she [Lilly] likes and others she doesn’t.” 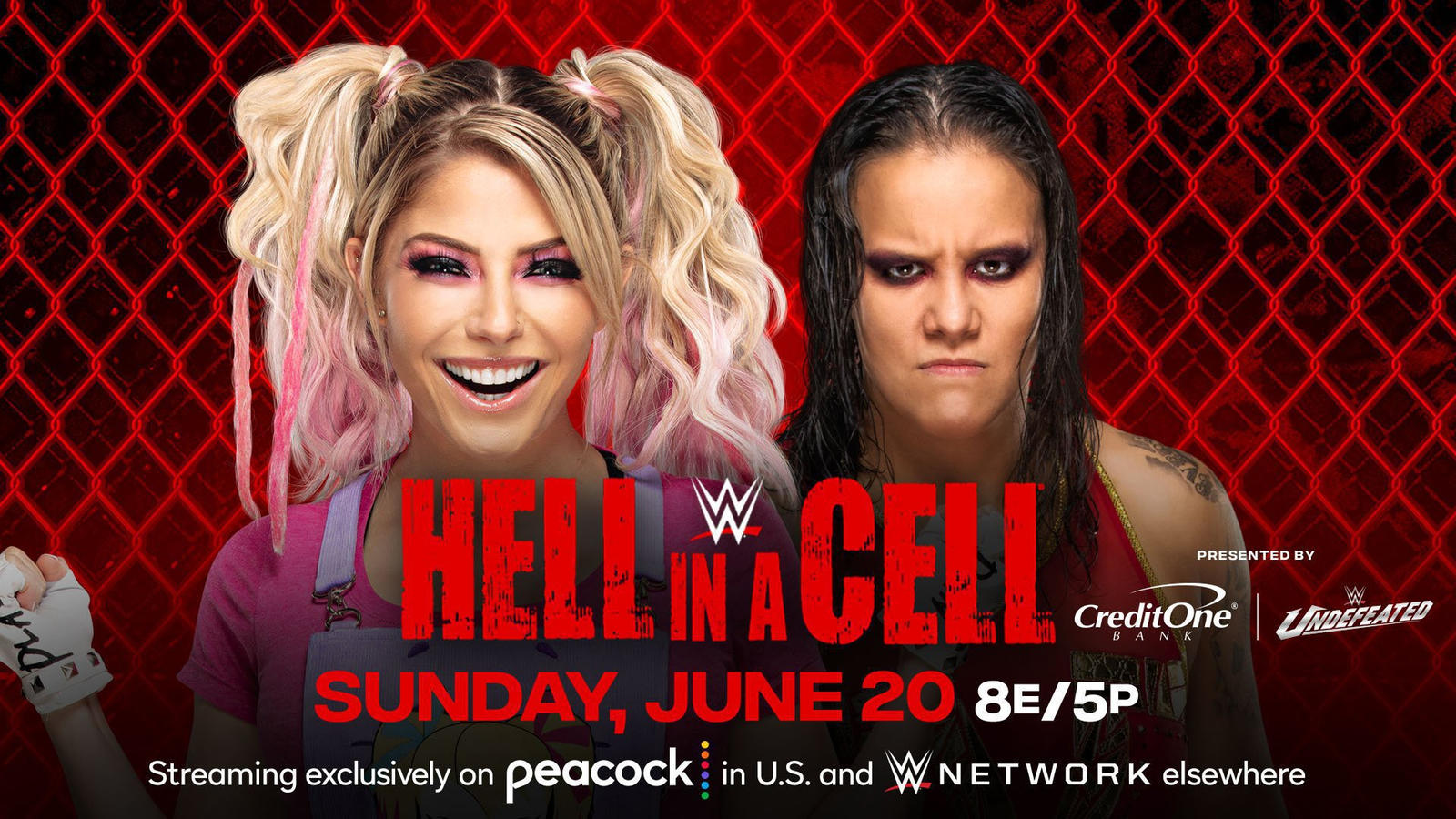 The 2021 WWE Hell In a Cell pay-per-view will take place on June 20 from the WWE ThunderDome at the Yuengling Center in Tampa, Florida. The updated card for the show stands as follows,

RAW Tag Team Titles Match
The Viking Raiders vs. AJ Styles and Omos (c)
(Yet to be confirmed)