WWE is celebrating the fifth anniversary of the Women’s Evolution that brought the female superstars to spotlight. Charlotte Flair, Becky Lynch, Sasha Banks debuted on Raw to create a path for many female superstars on the roster who gets the chance to break down the barriers in comparison to the men’s division.

Most importantly, the WWE Universe got to experience what the women are capable of doing if given a chance.

For Charlotte Flair, she has become a benchmark in the women’s division of the WWE. The ten-time women’s champion is a target to most of the in-ring competitors, not only because of the Flair last-name but also for her championship accolades. Becky Lynch and herself have been able to cement a legacy where women performers won’t ever be overlooked in this business. 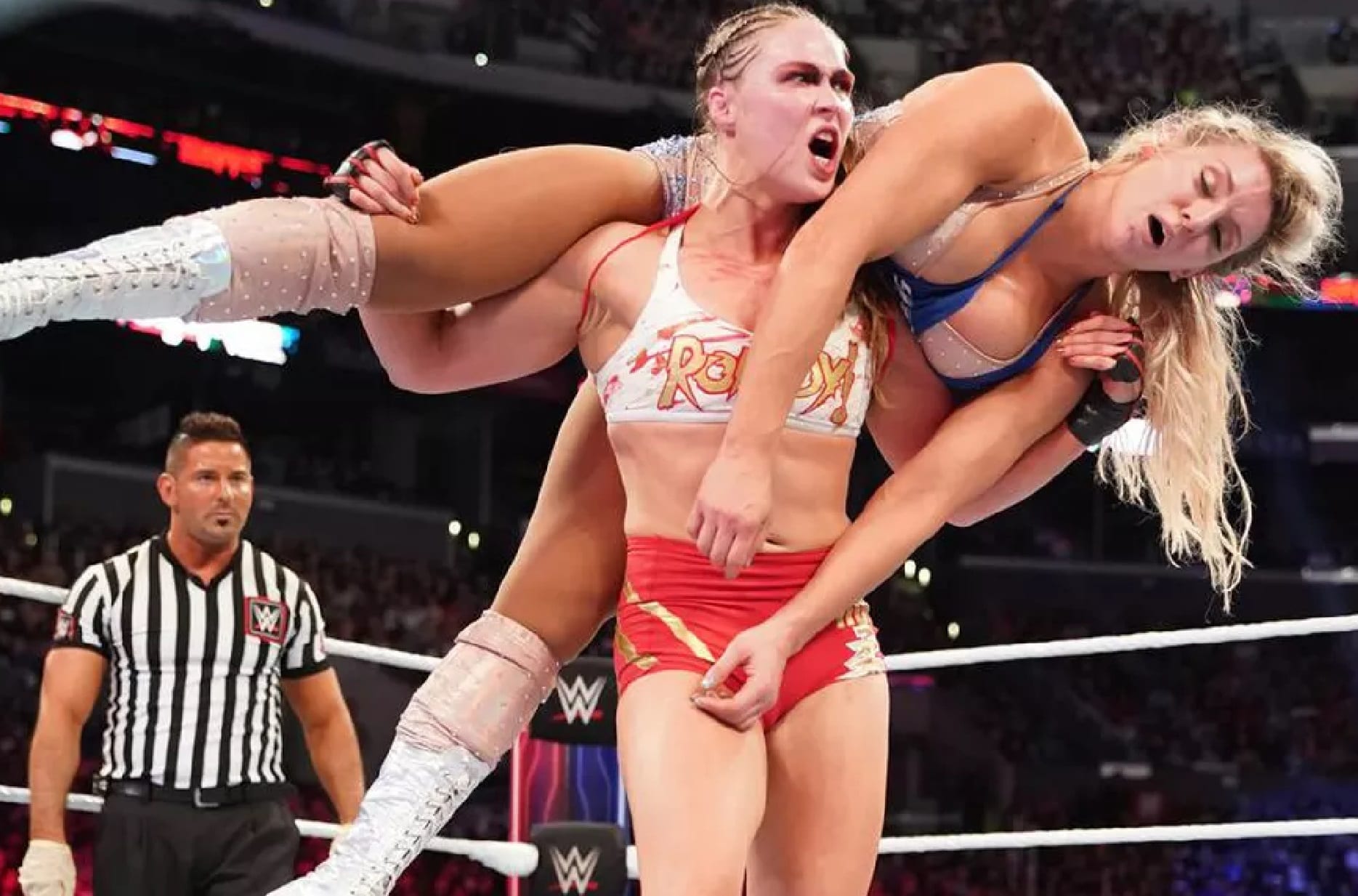 But there’s a match that has been overlooked in the WWE, as disclosed while appearing in a conversation on The Bump YouTube show. One of the panelists Ryan Pappolla brought up the match of Charlotte Flair against Ronda Rousey from Survivor Series in 2018. She was glad that Pappolla mentioned that match because she believes that’s one match of her career that the WWE Universe didn’t pay much attention to.

“I do feel like people talk about my matches, but that one doesn’t get brought up as much. I was on SmackDown and I was told, ‘We need you to wrestle Ronda this weekend because Becky is hurt.’ I was like, ‘My dream match! There’s going to be a story built-in,’ Charlotte Flair stated.

“For three days, I sat in L.A. thinking to myself, ‘How do I prove that this is my spot?’ You’re going to see two athletes go out there and make it a main event without a story. I really had to think about how I was going to approach my rivalry with Becky, and how I was going to approach the match with Ronda. My match with her reminded me that I’m big, I’m fast and I’m strong. I think that match is extremely overlooked.” (Courtesy wrestlingINC.com)

In that very same year, Charlotte Flair and Becky Lynch competed in a Last Woman Standing Match that left many people to consider to be the best match of the all-women PPV show, Evolution.

It also set the course for their triple threat main-event match at WrestleMania 35. Looking back at the Evolution match, two years ago, The Queen said that her and Lynch’s goal was to produce the most memorable match.

“I think what made this match so special was [that] we were on a show with all the women from the past, who have helped develop women of the present and future. We wanted to prove that she was ‘The Man’ of the division, and I was ‘The Queen’ of the division. No matter what, we just wanted to have the best match on an all-female show.”

Charlotte Flair also seemed extremely happy while going back to NXT for a one-off occasion, earlier this year. She dethroned Rhea Ripley from her NXT Women’s Championship at WrestleMania 36 and held on to the title up until NXT TakeOver: In Your House in June, before Io Shirai took away the belt.

She mentioned during the interview wishing how she wanted to spend more time on NXT to compete against these talented women from the black-and-yellow brand.