After three long decades, WWE will host a major stadium show in the United Kingdom in the form of Clash at the Castle 2022. The event was announced last month and more details regarding it were declared by the WWE on their official website, yesterday.

The promotional poster for WWE Clash at The Castle 2022 has also been revealed with several top Superstars featured on it. The poster features Drew McIntyre holding his sword while Undisputed WWE Universal Champion Roman Reigns was stomping his feast in the background. This very well be an indication that the two superstars will be on a collision course, that evening. 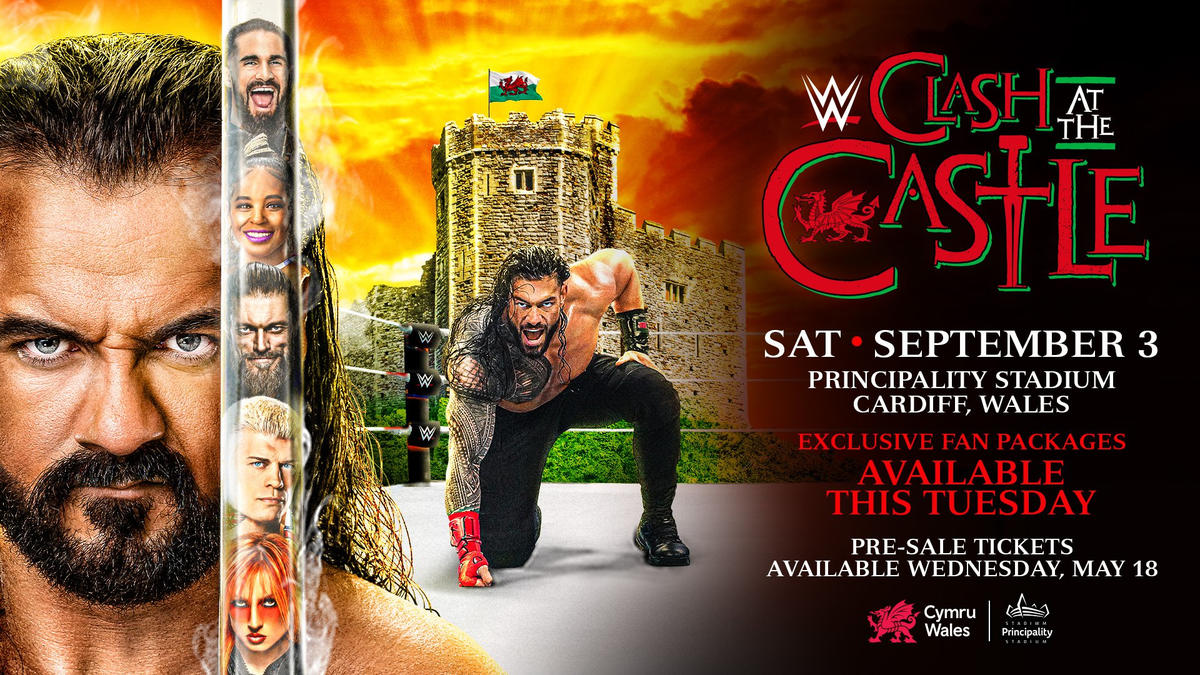 Over on McIntyre’s sword, Seth Rollins, RAW Women’s Champion Becky Lynch, WWE Hall of Famer Edge, Cody Rhodes, and Becky Lynch are featured indicating that all these superstars will be a part of the Premium Live Event in September.

There’s a lot of speculation going on regarding the status of Undisputed WWE Universal Champion Roman Reigns who might go into a hiatus, this summer. He isn’t being advertised for any RAW, SmackDown or Live Event in July and August.

Roman Reigns to feature at WWE Clash at the Castle 2022

June 24th SmackDown is the last TV taping he is being advertised for. But now, he’s advertised for Money In The Bank (July 2), SummerSlam 2022 (July 30), and Clash at the Castle (September 3) premium live events. This might come as a sigh of relief for the WWE fans since his involvement in these three big stadium shows should also force him to get into the storyline perspective and thereby appear on weekly TV episodes of the WWE.

WWE Hell In A Cell 2022: Roman Reigns Will Not Defend His Title At PLE 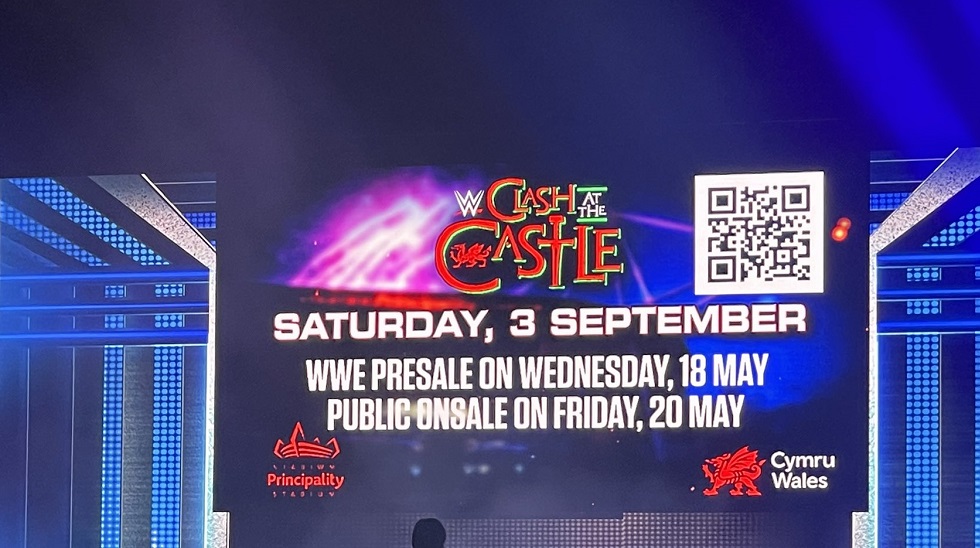 WWE also announced details on hotel and Fan Experience packages for Clash at The Castle 2022, along with a local FAQ for the event. These packages will go on sale next Tuesday, May 17 at 1 PM BST or 7 AM EST. An exclusive Ticketmaster pre-sale will also begin next Wednesday, May 18 at 12 PM BST while tickets will go on sale to the general public that Friday, May 20.

WWE Clash at The Castle 2022 will take place on Saturday, September 3 from Principality Stadium in Cardiff, Wales. This will be the first premium live event scheduled after Summerslam 2022.

IPL 2022: List Of Records Created By Rajat Patidar After His Sensational Century Against Lucknow Super Giants

WWE NXT: Title Matches Announced; Top Name Out Of Action Due To Injury

Ambati Rayudu Not Retiring, Confirms CSK CEO As He Reveals The Reason Behind Batsman’s Tweet

IPL 2022: List Of Records Created By Rajat Patidar After His Sensational Century Against Lucknow Super Giants

David Miller, Gujarat Titans (GT) batter opened up about his approach during the 189-run chase alongside captain Hardik