WWE Smackdown and Backstage host Renee Young indicated on Twitter that she has the coronavirus. There’re no official words received from WWE’s side whether she has been tested positive or not.

She personally shared the news over her social media account to stay away from WWE programming for days to follow. Alongside her, husband Jon Moxley formerly known as Dean Ambrose has also been diagnosed with the deadly virus.

Renee Young took to Twitter last night and commented on having a difficult week. Her show on FS1, WWE Backstage, was cancelled, as it won’t be getting hosted on a weekly basis from now onwards. Now she apparently has been caught with the coronavirus. There’s no update whether she has gone through a testing procedure while issuing the comments on Twitter,

“Man. What a few days. My show gets cancelled and I get COVID. Wear your masks and wash your hands. Stay safe, everyone [red heart emoji].”

Man. What a few days. My show gets cancelled and I get Covid. Wear your masks and wash your hands. Stay safe, everyone ❤️

It should be noted that Renee Young said she has the coronavirus as her husband, AEW World Champion Jon Moxley who was pulled from this week’s Dynamite episode due to COVID-19 concerns. AEW President Tony Khan later revealed that Moxley “had contact with someone who had contact with someone who has” the virus. Since Moxley lives with Renee in Las Vegas, she had to go into quarantine, anyway.

There’s no confirmation yet on if Renee Young was one of the multiple WWE talents who reportedly produced positive outputs, coming out of WWE this week. She has been present in the past few episodes of SmackDown on FOX which were taped at the WWE Performance Center in Orlando, Florida where the other positive tests have also been recorded. 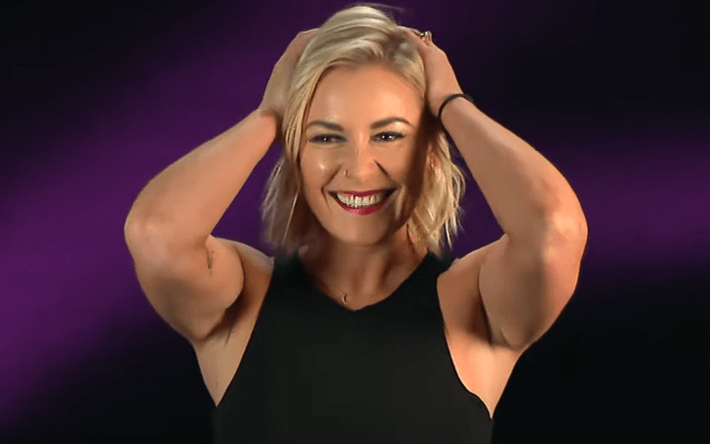 WWE was scheduled to tape television this Friday and Saturday for the next two weeks of Raw and SmackDown. Dave Meltzer from The Observer stated that the positive test results affect ‘at least one person scheduled for the tapings, if not more’. At this point, WWE hasn’t canceled the show tapings for tomorrow and Smackdown is still expected to go down on FOX. But the company would have to go through a strict procedure for coronavirus testing.