Edge returned after missing several months of action due to torn triceps that he suffered at Backlash 2020 during the Greatest Wrestling Match Ever against Randy Orton. But he made a triumphant return at the Royal Rumble pay-per-view and eventually went on to win the Men’s Rumble match. Thus, he is now on his way to WrestleMania 37 for a huge championship match.

With Edge making more appearances on WWE weekly television, the assumption is that we may get to see him in more dream matches that we may have never even imagined. There must be a number of Superstars, as well which stars he wants to compete against. While being interviewed by CBS Sports, he mentioned some of them.

Edge said that he obviously wants to have a match with AJ Styles with whom he has encounters with 2020 and 2021 Royal Rumble events. Then he added names like Seth Rollins, Cesaro, and many more whom he’d like to dance with, in the ring, down the road. Then he specifically revealed his desire to feature in an IronMan match against another veteran from SmackDown, Daniel Bryan.

“I’ve never laid hands on so many of these guys. I scratched the surface with AJ Styles and Seth Rollins just because of Rumbles. To me, both of those matches have to happen.

Let me get in with Cesaro. I’d love to do an Ironman with Daniel Bryan. There’s just so much talent I would love to get in with.” 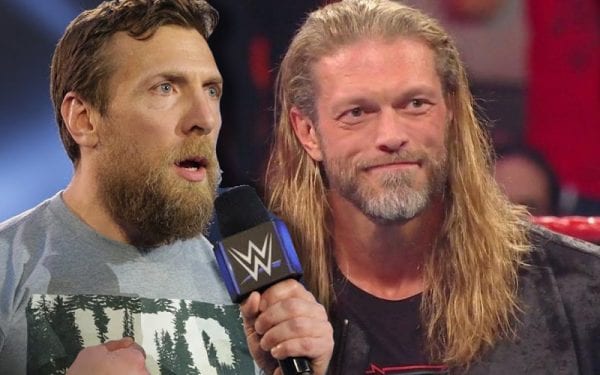 With the second Royal Rumble win of his career, Edge is guaranteed to have a main-event match at WrestleMania 37. While talking with CBS Sports, the Rated R Superstar also talked about which of the three main champions he wants to face at WrestleMania. Edge noted that NXT Champion Finn Balor, WWE Champion Drew McIntyre, and Universal Champion Roman Reigns are all viable options for him.

Edge compared the journey of himself and Drew McIntyre’s journey to WrestleMania 37. He then expressed his interest in facing Roman Reigns as well which could tell a different Spear vs Spear story, altogether.

While these two matches are great choices for him, he said that he is also excited at the prospect of facing Finn Balor. He did confront Balor on NXT to hint at the match. We have to wait and see which of these matches WWE ends up booking.