Johnny Gargano has become the new NXT North American Champion at last night’s Halloween Havoc 2020 edition. Last night’s NXT special opened with this title match where Gargano defeated Damian Priest to become the new champion. It wasn’t any ordinary match but rather a gimmick match that produced a hellacious battle between the two competitors.

The match was held under Devil’s Playground rules under the “Spin The Wheel, Make The Deal” gimmick. The host of Halloween Havoc 2020, Shotzi Blackheart spun the wheel and picked that stipulation. 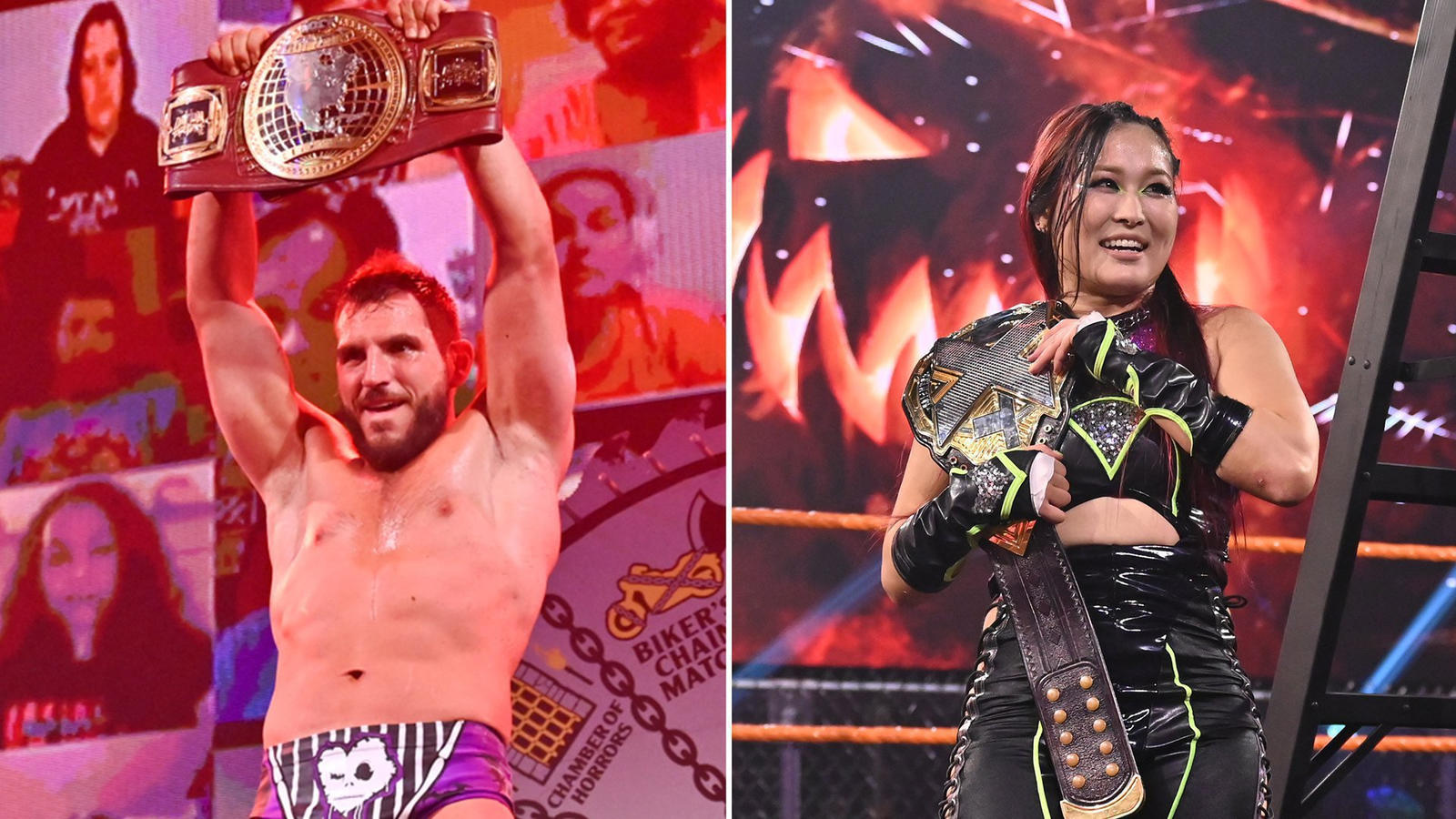 The finish of the North American Title match witnessed a mystery man appearing under a Scream mask and a black robe to assist Gargano. The mystery man gave him a steel pipe to use on Priest. He then brought a tombstone to the ring, which was a part of the set. Gargano thrashed the tombstone over Priest’s back and knocked him down to the concrete floor. This allowed him to get the pin and occur a title change at Halloween Havoc 2020.

Another must-see moment went down on NXT Halloween Havoc 2020 where Pete Dunne turned heel while joining the new team of Pat McAfee and NXT Tag Team Champions Oney Lorcan and Danny Burch. McAfee cut a promo on putting down the Undisputed Era when Kyle O’Reilly came out with returning Dunne, who carried two steel chairs with him. 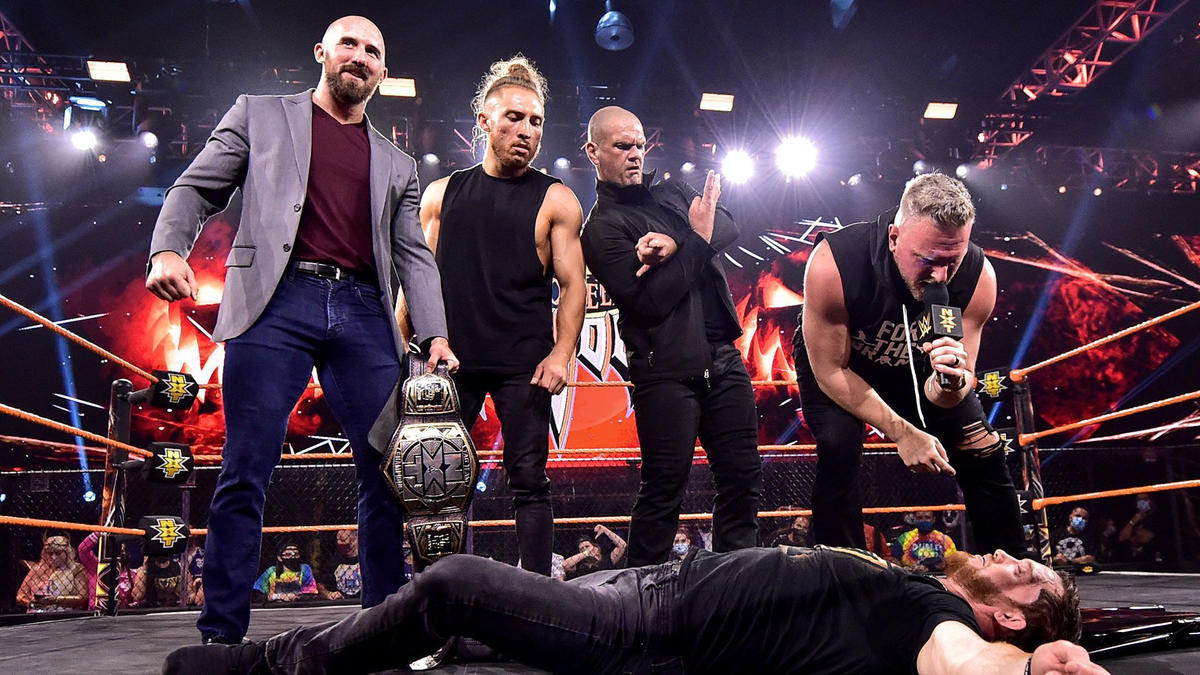 Dunne entered the ring with O’Reilly, pretending to fight Lorcan and Burch but he suddenly turned heel and hit O’Reilly on the back with a chair. McAfee then watched from the second turnbuckle as O’Reilly was attacked by Dunne, Lorcan, and Burch. McAfee taunted O’Reilly with the mic in his face whole declaring that this new group is the undisputed kings of NXT.

In the main event of NXT Halloween Havoc 2020, Candice LeRae challenged Io Shirai for the Women’s Title in a Tables, Ladders & Scares Match under the Spin The Wheel, Make The Deal gimmick. The finish saw LeRae sending Shirai to the mat from the top of a ladder. But Shirai then shoved her off the ladder onto a set of debris. The champion then climbed and unhooked the belt to retain and close the show.