WWE Raw ended in a rare way where special effects had to be used in favor of the returning Alexa Bliss. For weeks now, she’s been carrying the feud against Randy Orton on behalf of The Fiend Bray Wyatt and the tradition continued. This time around, Wyatt’s twisted friend showed up during the main event between Triple H and Randy Orton.

At one point, Triple H noticed that his sledgehammer was on fire. The lights then went out as Alexa Bliss was seen staring down at Orton in the middle of the ring. She then suddenly shot a big fireball dropping Orton to the mat. The Viper began screaming in pain. He stumbled to get up by holding the ropes when the show went off the air.

The match between the two legendary superstars was cut as WWE needed to continue The Viper’s angle with Bray Wyatt’s Fiend. Now, Ringside News has informed that the ending of WWE Raw, this week was pretaped. Alexa Bliss throwing a fireball was produced through a little extra production technique. WWE officials did get it right.

The pretaped feed in between the match made sense as Triple H disappeared to bring Alexa Bliss into the scene. Also, it explained how Randy Orton’s bruised cheek was no more spotted. It was busted open by Triple H during their brawl at the ringside area. Blood was also spotted on Triple H’s head during the fight, but it was gone when his sledgehammer caught on fire.

WWE certainly has the super technology of producing this kind of spot, especially in this ThunderDome facility. But a pretaped segment could have been done just because they’re hosting the show sans audience. This one luxury they won’t have when they start touring with an actual live crowd in the capacity. 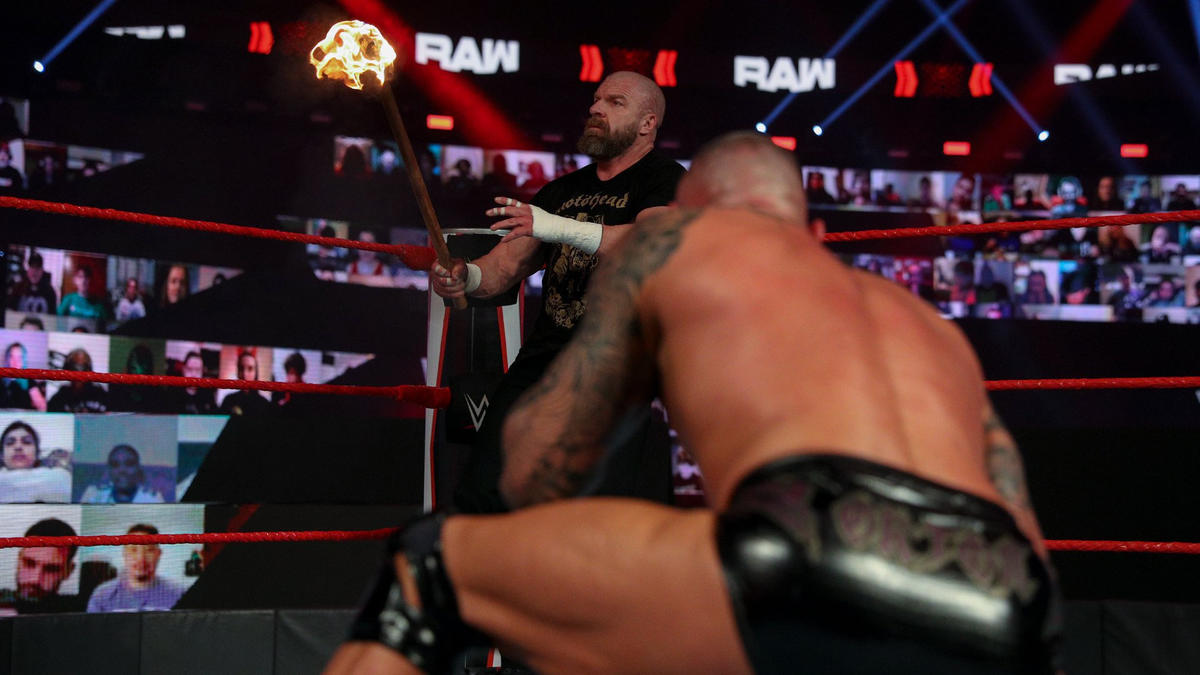 Alexa Bliss has broken her silence since shooting that big fireball at Randy Orton’s face via Instagram. Seeing The Viper agonizing was a pleasure for her. She wrote, “An eye for an eye,” on the social media platform along with a picture of Orton’s face being close to the fire.

The friend of “The Fiend” Bray Wyatt, Bliss was referring to Orton burning down Wyatt during the Firefly Funhouse Match at last month’s WWE TLC event. Wyatt has been off WWE TV since then who is now rumored to be part of a gimmick match at Royal Rumble 2021.