Jake Hager may not sound like a familiar name with the WWE Universe but the alternate name Jack Swagger should be identified by them. After all, he is a former WWE world heavyweight champion and part of co-main-events at WrestleMania 29. Nowadays, he has a close relationship with Chris Jericho as part of the AEW’s Inner Circle.

They are now members of the heel faction for WWE’s rival brand. A decade ago, a time came when Jack Swagger defeated Chris Jericho to become the World Champion in the WWE. This happened via a successful Money In The Bank cash-in which is the biggest moment for the now turned Hager. It’s interesting to note that the cash-in could’ve happened against John Cena but that wasn’t the case.

Salary Comparison Of The Rock, John Cena And Roman Reigns In WWE 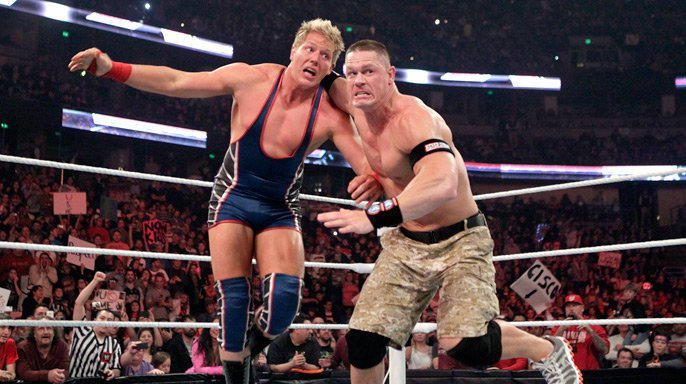 While speaking to Talk Is Jericho, Jake Swagger and Jericho remembered that old story. Jericho said he didn’t have a problem with Vince McMahon making plans to have him lose the world championship to the All-American. Then Hager revealed that WWE’s franchise player John Cena did have a problem with the title change.

Alongside Jericho, John Cena was the WWE Champion on Raw who refused to drop the belt to Jack Swagger. Then he also memorized how well the plan was executed together, although it was arranged, very quickly.

“I had a little inclination, but I had no idea what was going to happen. The night before, I teased it on RAW where I would almost hit Cena with the briefcase. I snuck up on him and then we had one of his brilliant promo segments. Later come find out he refused to do the job for me for the World Championship, but we won’t talk about that. That was in Phoenix. I get a call that night saying, ‘hey come to Vegas.’ Catalina and I were already planning on coming there to kind of celebrate in Vegas and whatnot. We get to the building,” continued Jack Swagger.

“Of course, I get there 30 minutes earlier than I’m supposed to, so I’m waiting out in the hallway. And then I see Johnny (John Lauranitis) go in the office. Here you come [and] Edge comes, and I’m like, ‘okay, this is my turn. I’ll come in right behind you guys,’ and then the door shuts. It was about five minutes out there and who knows, you guys were probably just all in there laughing and joking like, ‘hey, this rookie’s out here sweating his ass off,’ and then I go in there. And honestly Chris, this is why I always look to you as someone I could trust, someone that actually cared is because when we sat in there, and it was laid out what was going to happen, you turn to me and very stoically, you told me, ‘you better not f*ck this up.’ And you were dead serious, and you were very sincere with it.”

“And it was one of those things, it always reminded me of my best wrestling coach. He would always yell at us. He’d always kick our ass. He was like, ‘guys, if I’m not yelling at you, I don’t care,’ and so immediately once you said that, I already looked at you very fondly. We were friends [and] had a good relationship, but from that moment on, I looked up to you. I knew that I could almost trust you. It was one of those moments of my career that I will always always remember.” (Quotes courtesy Wrestling Inc) 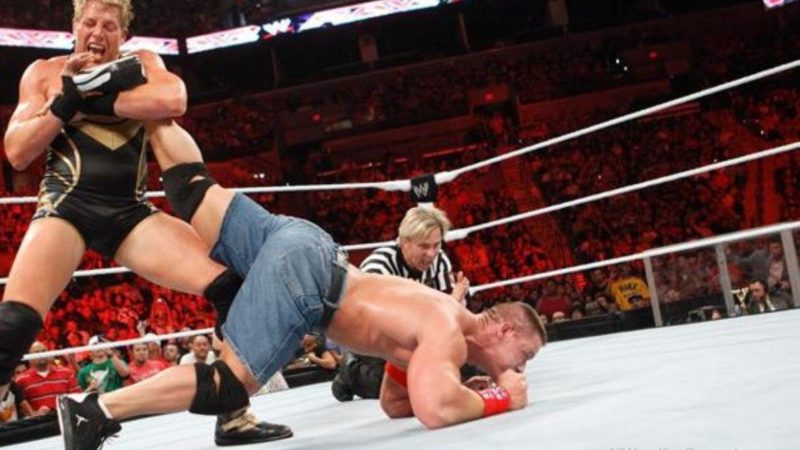 John Cena and Jack Swagger have much different career paths and they don’t likely to cross paths, anymore. Cena doesn’t even wrestle anymore as she does have some Hollywood commitments. He was the cornerstone figure of the WWE for a decade and thus he didn’t have to agree to work with anyone on the roster.

This is the reason John Cena didn’t want to drop the WWE Championship after WrestleMania 26 in 2010. Just five nights after the Show of Shows, Jack Swagger had to cash in his Money in the Bank briefcase on Jericho, the world champion on SmackDown. He capitalized on downed Y2J from Edge’s spear to start his only world title reign in WWE.

Brock Lesnar: Complete Win-Loss Statistics Of The Beast In WWE