Speculations around John Cena getting involved in the biggest party of the summer are growing, day by day. With live fans in the audience returning to WWE shows, the company is seemingly having some bigger plans throughout this summer which involves the former franchise player of the company. Rumors suggest he could be going up against his successor in the WWE.

According to the reports of Wrestling Observer Newsletter, WWE is discussing the idea of Roman Reigns vs John Cena for the Universal Championship match at SummerSlam 2021. At this point, we can consider it to be a rumor since it’s unknown how far those talks have progressed. But it’s confirmed that Cena and WWE are in touch with each other.

“Stories going around are that WWE has a main event and a guest host to make it stadium-worthy. The leading rumor is Roman Reigns vs. John Cena for the Universal title. We do know that as of last week they were in talks with Cena.”

Mat Men Pro Wrestling Podcast has also suggested the same theory reporting that the two titans might be heading for a mammoth clash, down the road.

It has previously been reported that John Cena is slated to be at the go-home SmackDown show before Money in the Bank. The July 16 show will welcome back the fans and the Cenation Leader is expected to be the host for all the rightful reasons. That has not been confirmed by the company to date as we can only assume that a couple of possible appearances for him will be in-store in the near future. 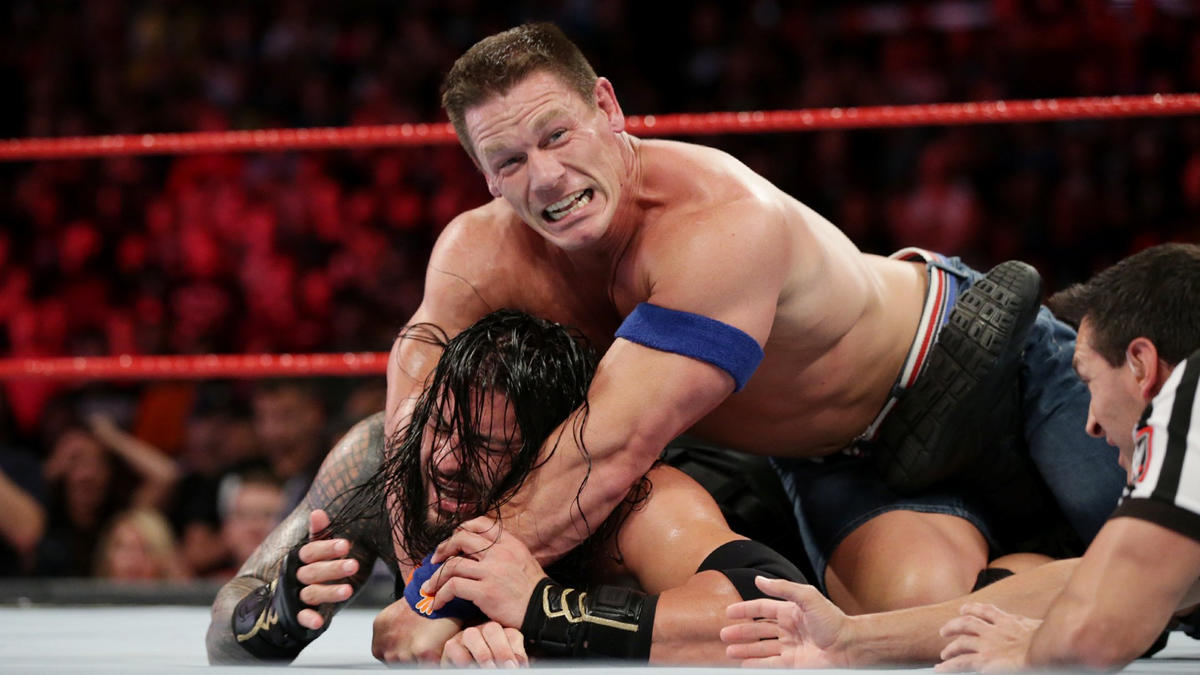 The pandemic was the primary reason that John Cena to miss over a year away from WWE in the absence of the fans. He was also filming the Peacemaker HBO Max spin-off series in Vancouver, Canada during the WrestleMania 37 season. This is the reason why he could not attend Mania as Canada strictly implemented the COVID-19 protocols. The Peacemaker shooting schedule will be done by July 7th, allowing Cena to work something out with WWE.

We will have to keep things under observation in the coming weeks as it seems that Roman Reigns vs John Cena is a very likely possibility for SummerSlam 2021, at this point. WWE has not made an official announcement about the event’s location yet, but the Allegiant Stadium in Las Vegas, Nevada, or an NFL Stadium will be the likely host.

Darby Allin Says Sting Has To Prove His Worth Tonight

Latest from Pay Per View

In response to the poor booking of the women’s division, WWE has now confirmed a new

For a number of weeks, the next bout between The Beast Incarnate and The Tribal Chief

Approaching to Extreme Rules PPV event, WWE Raw will present a loaded episode, this week with

Charlotte Flair On Missing WWE Wrestlemania 37, “I Was Devastated”

Maria Kanellis Angry Over How WWE Treated Her Family At Wrestlemania

Mike and Maria Kanellis were released from the WWE roster back on April 15th, 2020. They