As The Undertaker approaches The Final Farewell of his career at Survivor Series 2020, there’re some speculations about the in-ring status of his on-screen brother, Kane. This man has also started his career in the 90s who is close to complete 25 years in the company. But being a reliable name of Vince McMahon, he is called up whenever the latter feels like.

During an interview with Ryan Satin, Kane was asked about his in-ring future in WWE. Basically, the host of the interview wanted to know whether he has retired from in-ring competition. In reply, the Devil’s Favorite Demon mentioned the infamous never say never phrase of the professional wrestling industry. 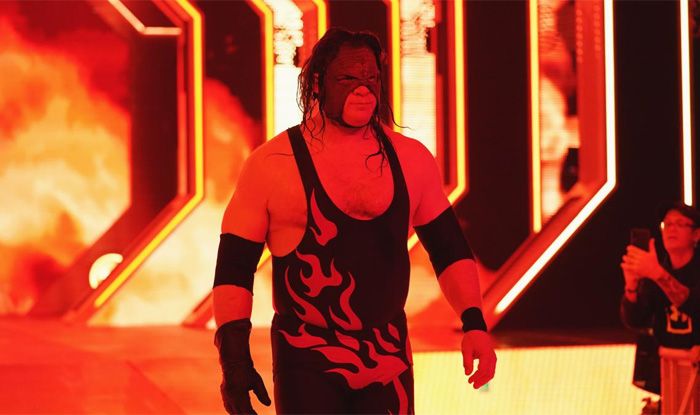 Here’s what Kane had to offer on his career,

“Well, maybe. I don’t know, it just depends. Like I said, you never say never in WWE. But at the same point in time, I have gotten to the point in my life where I’m comfortable not being in the wrestling ring. It’s hard work.

I’ve also gotten to the age where I go a lot of times like, ‘Man, that looks like it hurts.’ I used to be, ‘Man, I wish I could be out there doing that,’ now I’m kind of like, ‘Oh god.’ Those guys are a lot tougher than I am now.

But nevertheless, if the opportunity arises. You know, we’ll see.”

As seen in the past, Kane is often called up for bigger occasions like WrestleMania or Saudi Arabia shows and he does accept the invitation from the WWE, easily. The dedication of The Big Red Monster towards Vince McMahon is something Incomparable. So we can only assume that he’d continue making appearances for WWE in the future.

The last time Kane appeared in a WWE show was on Raw, last year. Like a true veteran superstar, he decided to put over the future superstar in The Fiend Bray Wyatt. The new resident demon took him out on that night with Sister Abigail. A match was rumored between these two at 2019 Crown Jewel which wasn’t the case, though.

At this point, the final match of Kane’s career is considered to be the Crown Jewel Tag Team Match where he teamed with The Undertaker against Triple H and Shawn Michaels. Speaking of Taker, Kane also talked about The Deadman’s Final Farewell at Survivor Series 2020 during the same interview. This is what he had to say on whether The Phenome will be legit retired from the WWE, next Sunday night.

“Well, you know there is a saying in WWE, ‘Never say never,’ Whether you can say this is actually going to be it ‘it,’ I don’t know. We thought it was it after WrestleMania against Roman Reigns when he left his gear in the ring and went off there.

We’ll see, but I think as far as having The Undertaker on as a regular on the WWE roster. Yeah, I think we can safely assume this would be the end of that part of his career.”