Kavita Devi, the first Indian-born female Superstar to be signed with the WWE is gone from the company, as of a few hours ago. The announcement came as part of a mass release from the NXT roster just like that the main roster had witnessed, a month ago. There are no details provided on the reason behind the releases but it seems the unused talents were let go from their contracts.

Kavita Devi made headlines back in 2017 as she appeared in WWE during the first-ever Mae Young Classic tournament. Her match against Dakota Kai in the tournament has over 62 million views on YouTube. Although she lost the match, she earned the respect of the audience that led her to receive a WWE contract in the following weeks. She was gearing up for NXT TV which never happened. 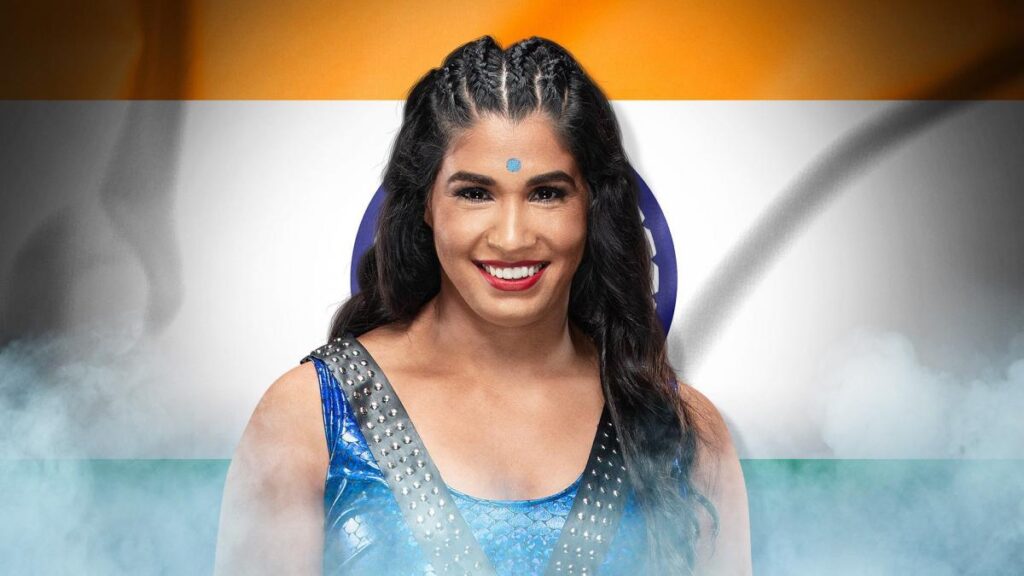 Kavita Devi had returned to India all the way back in 2019 and since then she’s not returned to the United States. She’d originally been planned to appear for Superstar Spectacle dedicated to the Indian fanbase, earlier this year. Despite the promotions, Devi couldn’t make it back to the US who had to be scrapped out of the show.

Kavita Devi stayed in India for the past couple of years

The last time Kavita Devi wrestled for WWE was in July of 2019 against former NXT Women’s Champion Io Shirai in a live event. It was noted that she suffered a torn ACL along the journey which led to her departure from the US. A family emergency is also said to be the reason why she had to stay in India for the better part of the last couple of years. The pandemic is also a notable reason behind this release. The biggest achievement of Kavita Devi’s career remains to feature on a WrestleMania card as the first Indian woman. She made an appearance during the Wrestlemania Women’s Battle Royal in 2018. This match and two Mae Young Classic tourney matches are the only three TV appearances she managed to have in her four-year WWE career.

Alongside Kavita Devi, three more female wrestlers have been released by WWE, last night. Former MMA Horsewomen member Jessamyn Duke is gone from the company. After signing a contract in 2018, she made one last appearance on Raw Underground, last year, picking up a win against Avery Taylor. Vanessa Borne, real name Danielle Kamela and former EVOLVE star Skyler Story (Brandi Lauren Pawalek) are also no more with the NXT brand.

Rishabh Pant Will Have A Huge Role To Play In The WTC Final, Says Saba Karim