Lana often takes social media routes to keep herself in the conversation of the WWE Universe. She is an acclaimed hottie who has no inhibitions of donning skimpy attires and thereby garner some attention from her huge fanbase. Recently, she has done a number of photoshoots, one of which even portrayed her as a superhero. Another one was for Muze Magazine. 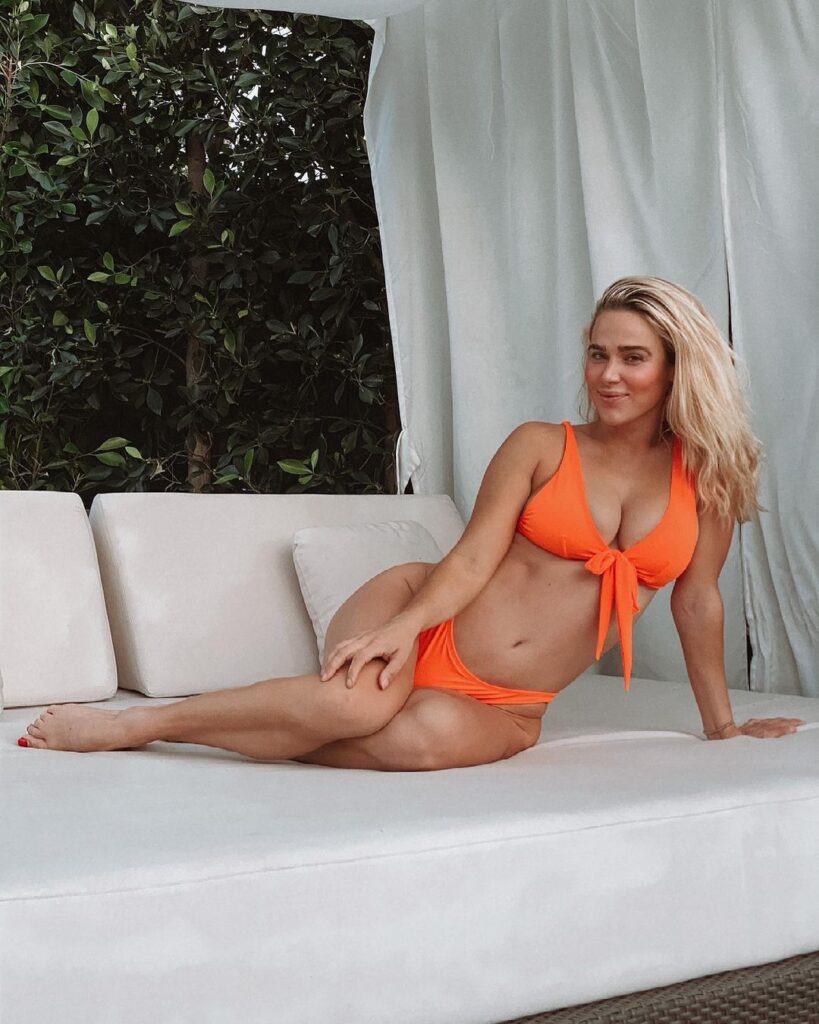 Now, Lana has come up with a photo dump from the bygone week which includes a few bikini photos of her. She looked absolutely stunning in an orange two-piece while posing for the camera. Interestingly, she wasn’t the only one who wore minimum clothes in those pictures. Her husband Miro fka Rusev from WWE in a shot where he didn’t have any clothes put on. 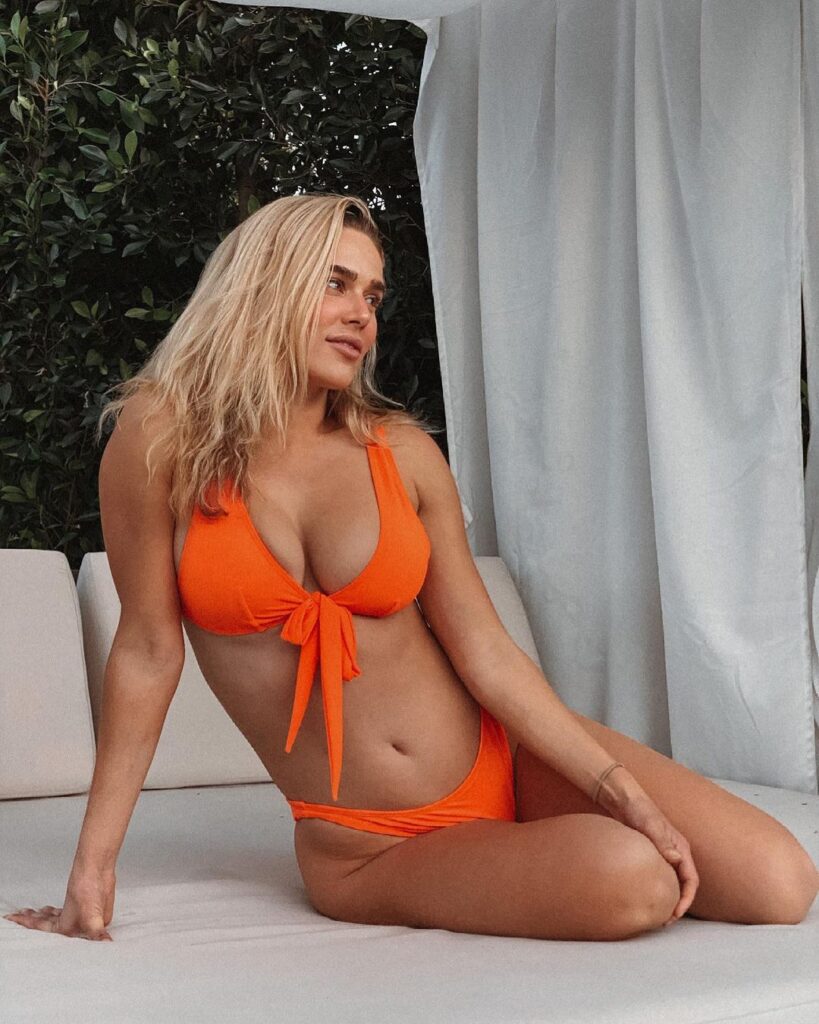 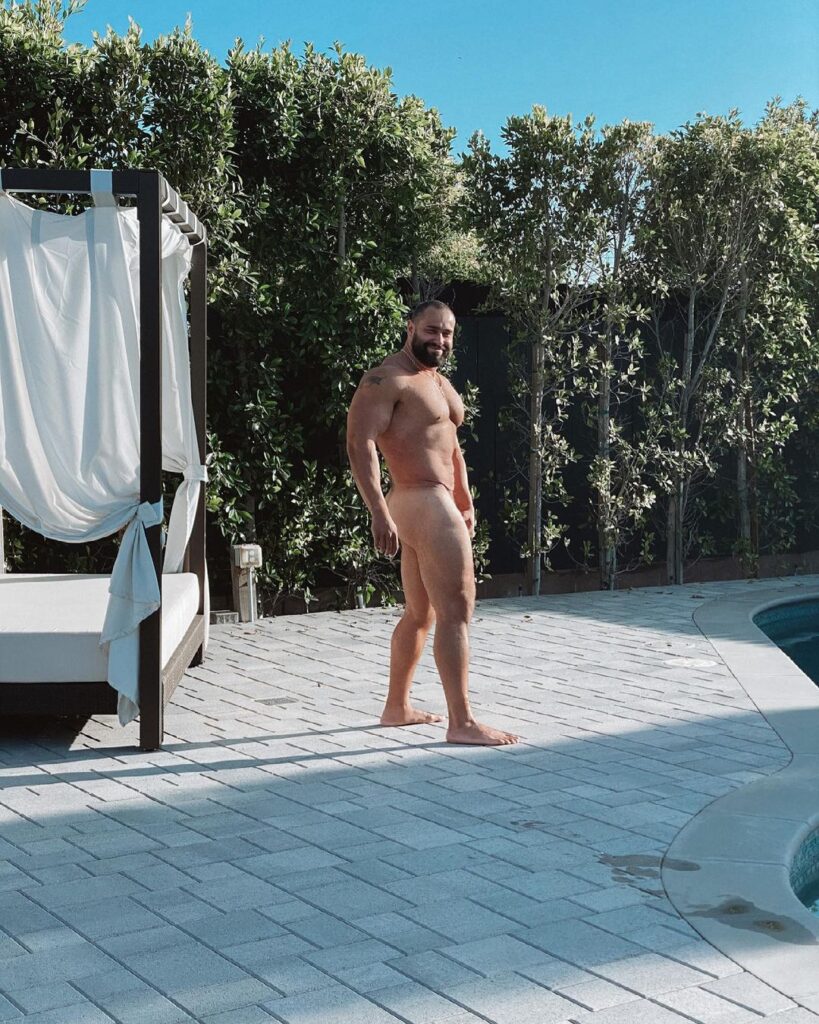 In the photo dump, Lana also included a shot from last week’s episode of Monday Night RAW where she performed a top rope crossbody for the very first time. As reported earlier, she had to do a lot of practice before performing the move. Earlobe videos proved that she was indeed training hard with Natalya and Tyson Kidd at their training facility in Tampa, Florida.

However, those efforts weren’t enough to hand her over the tag belts. Lana and Naomi came up short on RAW against the WWE Women’s Tag Team Champions – Nia Jax and Shayna Baszler. The two challengers took the champions to their limit but eventually, the titles were retained by the latter duo via the Kirifuda Clutch submission. 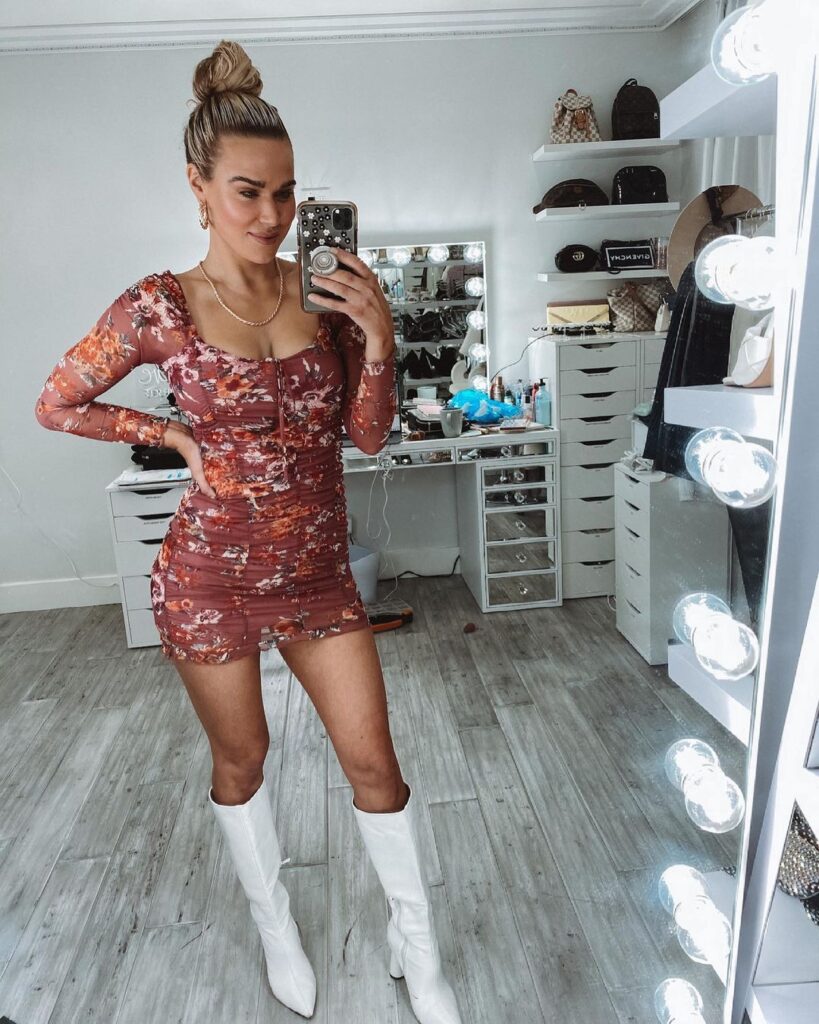 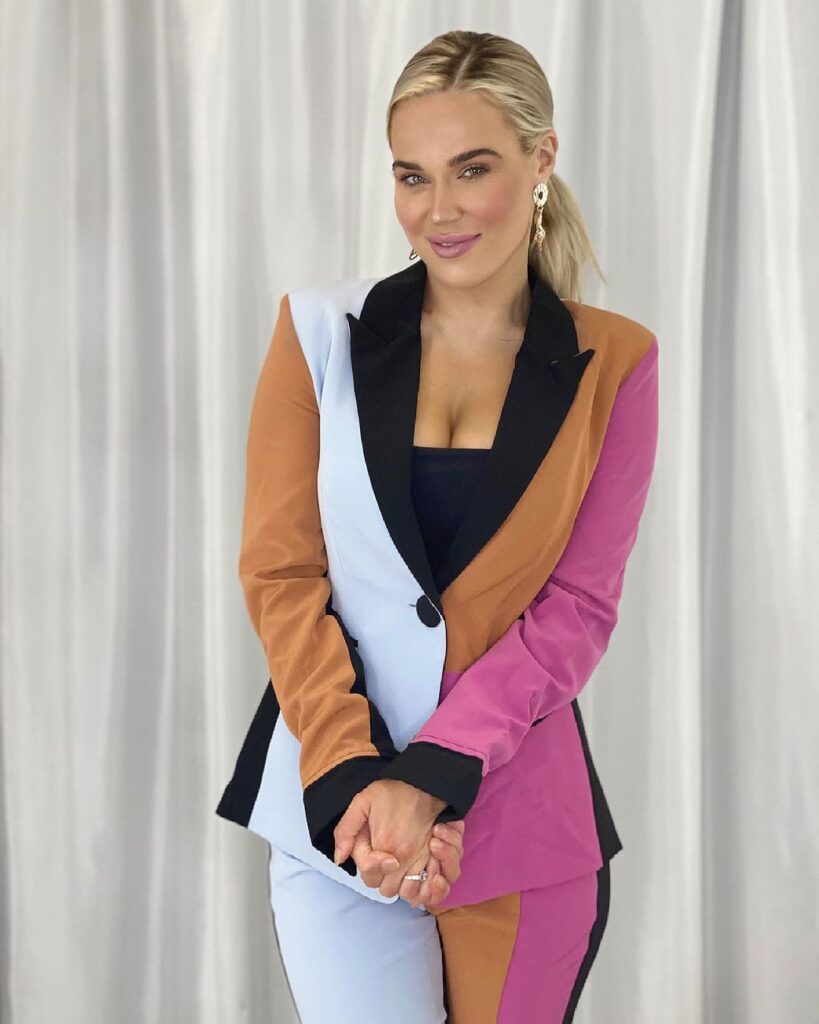 Following their loss on RAW last week, the former number-one contenders were seemingly angry, backstage. Lana described her emotions mentioning that she has “no words.” Then she called out Reginald and the WWE Women’s Tag Team Champions for continuing to cheat and win. The two-on-three situation was too hard for them to overcome.

Naomi then said that they can’t let this happen anymore. “We’ve come too far and we’ve worked too freaking hard,” she continued. “I’m livid. I’m pissed! Okay?! Bump the nice girl stuff, it’s a wrap!” Perhaps, Lana and Naomi are willing to shred their nice girl personas and become a bit heel-ish to elevate their status. To know more about the situation, we have to keep eye on Monday Night RAW.